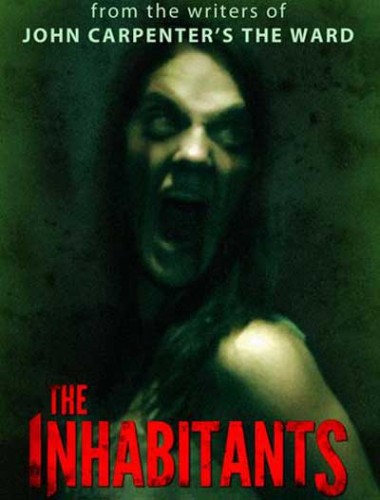 A young couple gets more than they bargained for when they buy an historic bed and breakfast in New England only to discover that the old house is hiding a dark secret within its walls.

The popularity of the spiritual and supernatural when it comes to horror movies has only risen in the past few years due to the success of mainstream films of this type.  Audiences have become more interested in this stuff than they had been for a while and it has led to even more supernatural movies being produced.  Whether they are studio produced or independently made, there is an abundance of movies featuring ghosts, possessions, or similar ideas coming out now.  It is a good time to be into that kind of story. 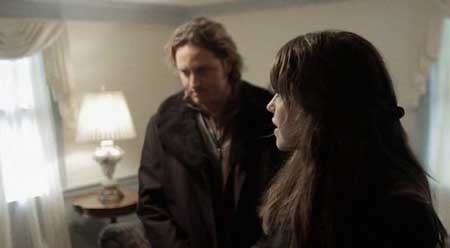 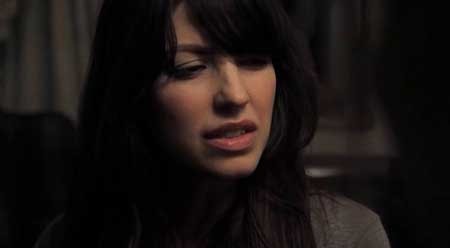 One of the many movies to come out of this surge is The Inhabitants, a 2015 supernatural movie.  Dan (Michael Reed) and Jessica (Elise Couture) move into the March Carriage Bed and Breakfast, a New England bed and breakfast.  Their plan is to renovate and reopen to provide a nice place for travellers to stay the night.  However, things start getting weird.  There is a rich history of witchcraft in the area and the newly moved couple soon discover how connected that is to their bed and breakfast. 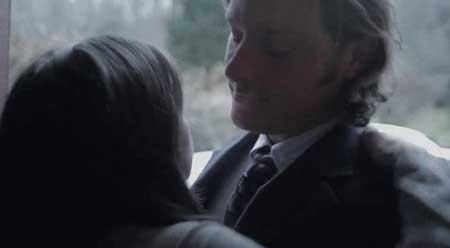 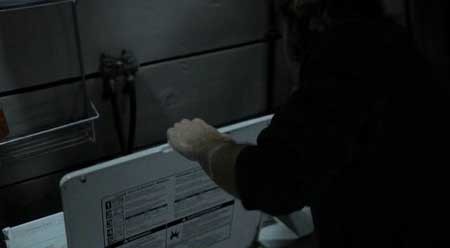 The Inhabitants tells a story that has been told many times before in better movies.  It is a story that can be told very well.  A couple or family moves into a new home and ends up being torn apart by the forces that dwell there with them.  What tends to make them work is good, believable acting, writing that gives enough depth to the characters that audiences will care what is going on, and direction that manages to build tension throughout the runtime in order to have it boil over at the end.  The Inhabitants doesn’t completely succeed at any of those things. 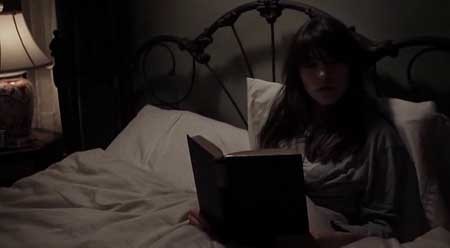 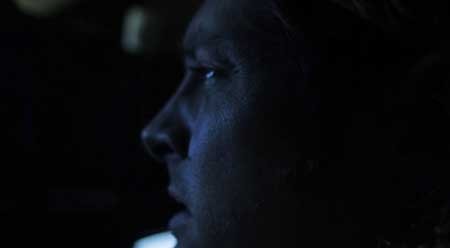 Let’s start with the acting.  Michael Reed is not bad in the movie.  He tries his best to put his character’s emotion on the screen whenever necessary.  This is especially true of the climactic moments of the film, where his distress and fear shine through in the right ways.  Yet, there is a major problem in the form of Elise Couture who manages to lessen Reed’s performance.  She does this by having very little chemistry with her co-star.  An onscreen couple should have some sort of chemistry in order to make their relationship authentic in some way or another.  If Dan and Jessica are going to live in a bed and breakfast together, any viewer that watches the movie should be able to feel how that came about by the performances.  There wasn’t much there due to Couture’s lack of chemistry with her co-star.  She doesn’t get too much better in her solo portions of the film, where there isn’t enough change in her mannerisms to have the shift in character completely work.  Without that working, it brings down the movie. 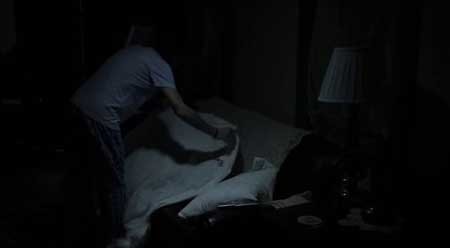 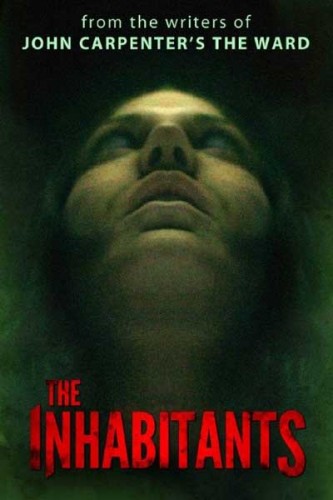 A big part of what may have affected that character shift is the writing.  For the most part, The Inhabitants is a by the numbers movie.  It manages to check off a lot of boxes that many independent horror flicks have in common.  The story alone seems derivative of many that came before it.  There seems to be a lack of time spent with the couple interacting once the main story begins, with both of the characters being off doing their own thing or being distant due to a character change.  No time was spent to build the relationship so that the emotional distance had any weight to it.  It fell flat, much like the character of Jessica. 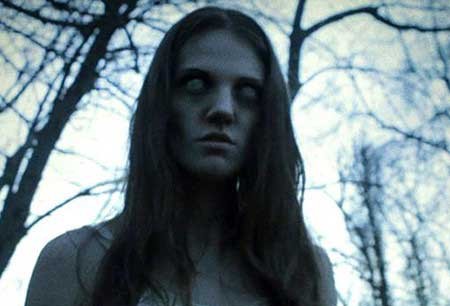 Jessica is a character that should have built better throughout The Inhabitants.  She is the one who changes personalities, becoming a darker, looming presence over everything.  Somewhere, the direction lost the tension that could have built throughout this progression.  The movie never gets a chance to create an ominous vibe.  It needed some breathing room for the story without giving the audience breathing room.  The result was a meandering slog that lacked a punch.  When you finally get to the final moments of the movie, you don’t care.  What should be a bubbling cauldron of tension ready to boil over ends up being a single Pop Rock in your mouth.  It pops and fizzes for about a second before dissipating into nothingness.  That’s how The Inhabitants felt.

There are people out there who might like The Inhabitants and what it is trying to do.  The difficulty with being in that camp is that the movie was a mess.  Without the chemistry of the actors, the believable acting, the strong writing, and the focused direction, it started to fall apart.  There is much worse out there than this, but this isn’t a movie that will stand the test of time as a great entry in the horror genre.  It is just another in a long line of couples in remote houses movies.  There is nothing to make it stand out, and only things to deteriorate the strength it could have. 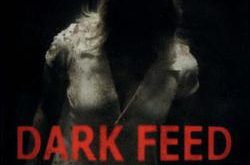 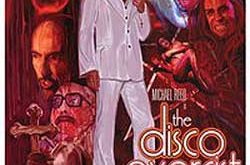