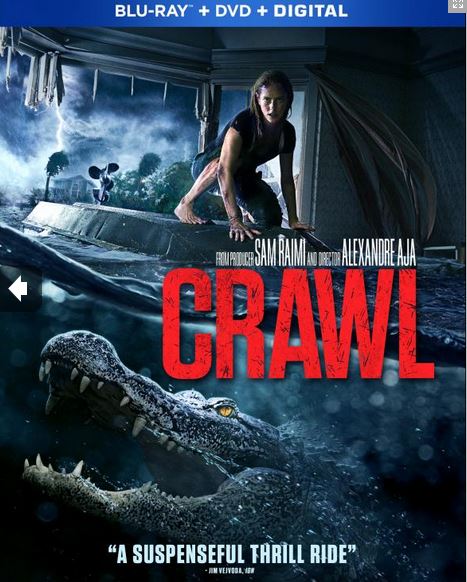 A young woman, while attempting to save her father during a category 5 hurricane, finds herself trapped in a flooding house and must fight for her life against alligators.

Easily one of the better, if not best Alligator films I’ve seen in a decade, Crawl is more than it appears! I was pretty confident when I heard that the film was directed by horror genre director extraordinaire Alexandre Aja, that I would not be disappointed. Aja has provided great direction behind films such as P2, The Hills Have eyes, Mirrors, Horns, Maniac and High Tension (to name a few). I can’t recall ever walking away unpleased from a film under his production. “Crawl” was no exception as this surprise hit, snuck into a worthy theater run leaving a trail of word of mouth recommendations. 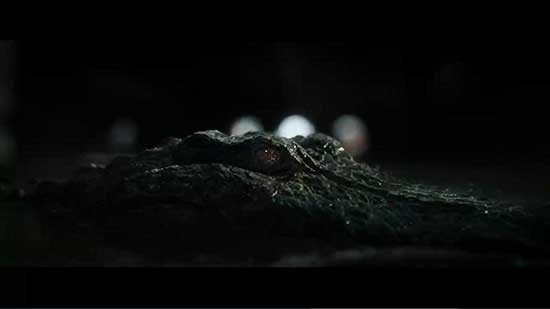 Now it’s no surprise that Crawl is a horror action film about alligators. However, it may be a minuet spoiler that it involves more that 1 alligator. For those of you who make the argument of crocodile vs alligator movies as worthy comparisons, it really doesn’t make much difference. The thrill of these water reptile films is how the filmmakers are able to pump up the surprise and the situational circumstances. For more factual minded folks, alligators are privy to fresh water lakes while crocodiles are more privy to salt water areas. 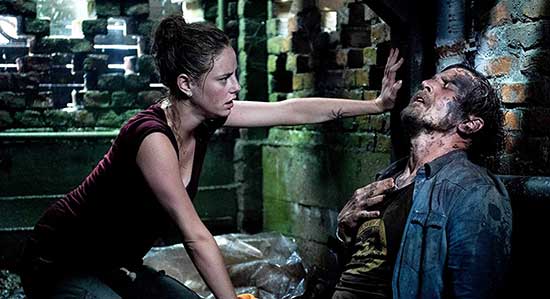 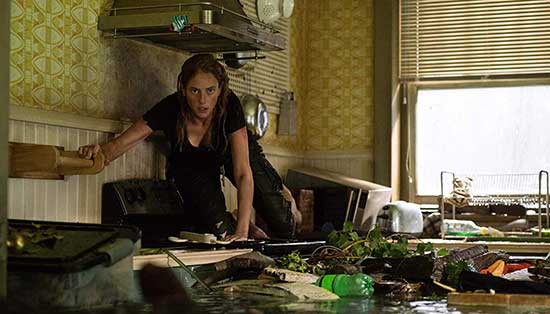 Now for me, not all alligator films provide the chills that they market to be, however I am a fan of past films such as “Lake Placid”, “Primeval”, “Black Water” (and even that moment from the recent film” Annihilation” release). Croc or gator, I don’t discriminate.

This brings us to the film “Crawl”. Crawl is a clever beast in that it manages to merge the mashup of a local natural disaster with that of escaped alligators. The film begins by building up the abilities of student swimmer Haley Keller (Kaya Scodelario), an aspiring swimmer who has won many competitions.

The historical aspects of Keller’s past are useful to help establish her strength and stamina so that the film can find its way to more dramatic circumstances. The movie roots its foundation under the guise of a Category 5 hurricane of which Haley is informed of by her older sister Beth. The concern focuses on the whereabouts and rescue of Haley’s father Dave (Barry Pepper), a home contractor who still resides in their reportedly sold old house. Haley who believes her father never left their Coral Lake residence ventures out in storm weather to locate him. As the storm begins to hit hard, Haley soon finds herself in a mess of hurricane weather as she investigates the house that was supposed to have been vacant after her father and mother’s divorce. 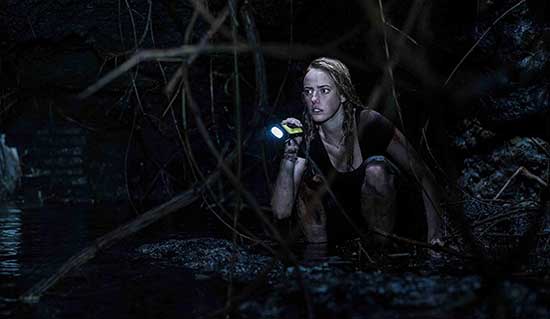 Now you can see where this is all going, which falls under the category of dramatic family issues and stubbornness, however it is merely a umbrella plot to conceal the real threat. That being the flooding and releasing of alligators from a nearby farm that introduces new threats on the locals, who still reside.

Crawl excels as a reptile horror film by using the combined elements of intensity and suspense. Cleverly we are pulled into a natural disaster situation right from the get go. It’s one that typically would act as the primary antagonistic element of the film. However when adding in a second threat to an already doomed situation, it provides a whole other level of danger. Crawl is exactly that, a disaster film that misdirects you and then adds extremely large hungry alligators into the mix. 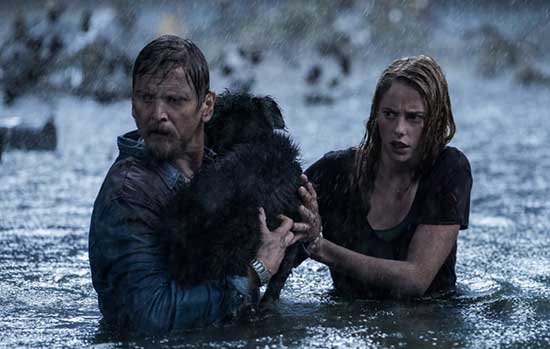 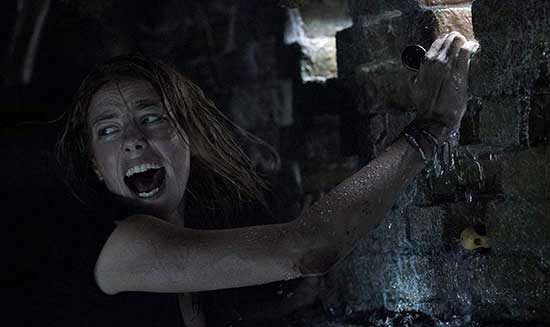 As Haley and her father Dave are battling the elements, they must use their survival instincts and smarts to over come their obstacles. Large gators that otherwise should have been caged and fenced are now integrated into their environment with their house rapidly filling up with water and the town now under mass flooding. It’s a great mix of the 2 that brilliantly adds the dread of things underwater that want to eat you. I won’t spoil the plot highpoints however will make the statement that dramatic situations excelled by further threats and the results of a house slowly being deserted by the storm provide extreme hardships for the 2 to overcome. Haley’s swimming talents prove to be more than useful even under the weight of impending annihilation.

As a subplot, Haley and her dad’s relationship are rekindled thru the struggle. Dave still struggling with his divorce has a renewed outlook that arises from the present danger inflicted on them. The house and neighborhood easily act as a metaphor for Dave and Haley’s ability to move past things crumbling around them. 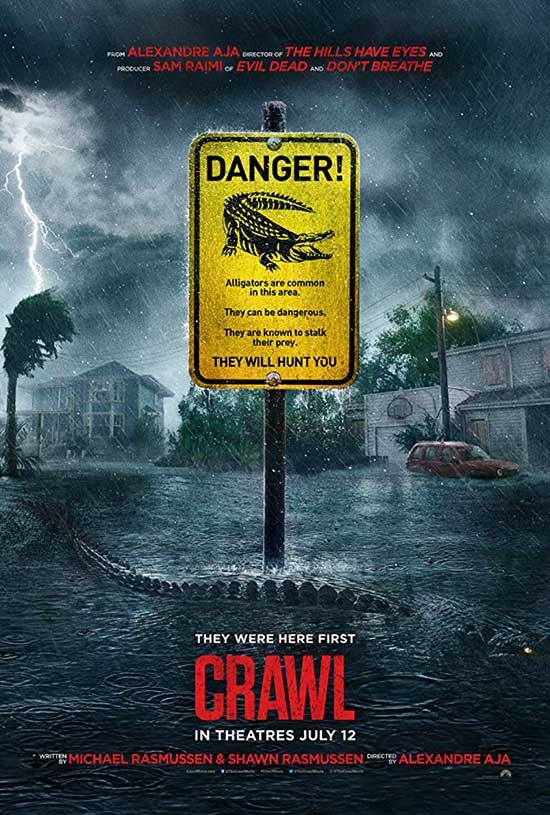 It’s great and exciting film that adds a new level to gator horror. I would re watch this one many times for its ability to not only entertain but do so in a fast moving way that keep you on edge the whole experience. Bravo!

Special mention goes out to the marketing department at Paramount Pictures who were cleaver enough to send not only the screener, but a whole box of alligator goodies. More specifically Gator jerky, a pair of swimming goggles, a windup flashlight, a toy alligator and a goodie bag to carry them all in. The gator jerky was the real deal and quite a treat at that!

Crawl is now available from Paramount on blu ray