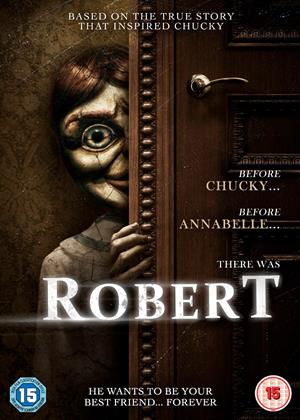 In this chilling story based on real life events a family experience terrifying supernatural occurrences when their son acquires a vintage doll called Robert.

Dating back to 1904, there’s been a story about a haunted doll named, Robert. Having occurred in Key West, Florida, it’s still very much a fixture of it’s haunted history. The doll is still in one piece and is housed in the East Martello Museum for curious onlookers to gawk at. The story, if you’ve heard it, is a rather creepy one and you know it’s ripe for being told on the screen (this tale was actually the inspiration for the CHILD’S PLAY films).

Writer/director Andrew Jones has put together a film based around this creepy true story. The true tales about the doll you can read on the internet are far more terrifying than anything you will see in the film. His tale does follow the truth rather closely but with a very tiny budget, the chills you would hope to recieve from a film like this are seriously lacking but the predictability factor is running rather high. I could appreciate the attempt and the doll created for the film should have done the trick but overall it was a letdown.

Paul (Lee Bane) and Jenny (Suzie Frances Garton) live a busy life and they count on their housekeeper Agatha (Judith Haley) to help keep things in order. She’s up there in age and has begun to have issues with remembering things. Paul and Jenny decide it would be in their best interest to let her go. Agatha doesn’t take the news very well but asks for the chance to give their son Gene (Flynn Allen) a final farewell. Before she goes, she gives him an old doll named Robert. After she leaves, strange things begin to happen around the home and Gene keeps telling his parents that Robert did it.

Jenny seems to believe that something is off with the doll and Paul thinks it’s all in her head, a product of a medical condition she has, putting a strain on their relationship. The strange occurences quickly turn deadly and everything the family knows will be thrown out the window and they will have to band together in order to defeat the evil that’s taken over their home.

The best part about the film ROBERT was the design of the doll by Sharron Jones and Susan Mitchell. They created a character that leaves you with an uneasy feeling when looking at it. Sadly, that feeling will only linger for a short period of time since the doll does very little in the film except sit around. Sometimes, I can get behind the theory that less is more effective, in this case, not really. The acting is rather tight, especially from the young Flynn Allen. They try to bring a sense of realism to the story, but the overall execution is lacking. ROBERT isn’t a bad film, it’s assembled very well, it’s just that there really isn’t much going on.

For the entire length of the film, the doll is just sitting there. Aside from like two or three very short moments, the doll just doesn’t do anything. And I’m sorry, but if you’re making a creepy doll film then maybe the doll should actually be doing something creepy. Most of the shocks occur off screen and when the doll is active, we have to suffer through some shaky POV shots.

ROBERT isn’t a film that will knock your socks off. The script is decent enough to keep you mildly entertained throughout the ninety minute runtime. There’s a flow to the final product, thanks to editor Morgan Conlon, that should hold your interest. The doll itself works but sadly, we just don’t get to see him terrorizing enough. Andrew Jones is slowly growing into an interesting filmmaker and he really seems to have a passion for the subject matter. So much passion he’s already hard at work on sequel that will follow Robert the doll to his final resting place of the museum. Hopefully in the sequel, we will get to see the doll in more depth. That’s what this film was missing. ** (out of 5) 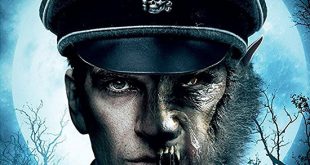 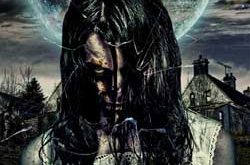