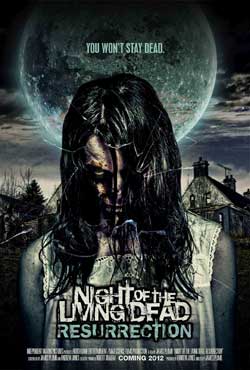 The deceased have risen with the instinct to feed on the living as a family is trapped during a zombie apocalypse. Wales. Based on George A. Romero’s classic “Night of the Living Dead”.

When I first saw the title Night Of The Living Dead: Resurrection I was filled with trepidation. In my mind two things were possible. It was possible that this new film had some connection to the Romero classic either in it’s influence or style and would prove to be a welcome addition to the family; in fact the notes even suggest as much. The other option was that this was a blatant and cynical attempt to somehow cash in on a famous title. With a shake of the head, a sigh and more than a hint of annoyance, I am unsurprised to say it is the latter.

The story centres around a family holed up in their remote farmhouse as an apparent zombie apocalypse develops. Paranoia and fear grip each member of the family as they come under attack not only from the hoardes of undead, but also aggressive teens and even their own kin.

There are many, many problems with this film. Firstly the plot itself. It appears that there was enough of a script for a twenty or thirty minute short but in stretching the running time to an hour and a half creates long periods of dullness. There are long sections where nothing happens at all although I suspect the director considered these moments atmospheric and tension filled as opposed to being simply boring and bland. The script is awkward and wooden in places and gives the impression that a fair amount of ad-libbed dialogue was included as occasionally the actors seem to look at each other blankly as if confused who’s turn it is to speak. As for the actors themselves they are shallow and unconvincing in their roles and you will have forgotten about them completely within a few minutes of the films end.

The zombies themselves are also pretty mixed up varying between being extremely aggressive and agile to being slow, lumbering shells easily dispatched by a baseball bat to the head. The effects are weak and unbelievable and the filmmakers seem convinced that all any self respecting member of the undead wants is some fresh intestines to feast upon.

The film itself is very confused also. Obviously there are elements here of many previous zombie films but there are also ideas pinched from the home invasion genre and attempted snippets of psychological horror. With all these ingredients in the mix there is little cohesion to the narrative and it just leaves the audience puzzled and lacking in interest. 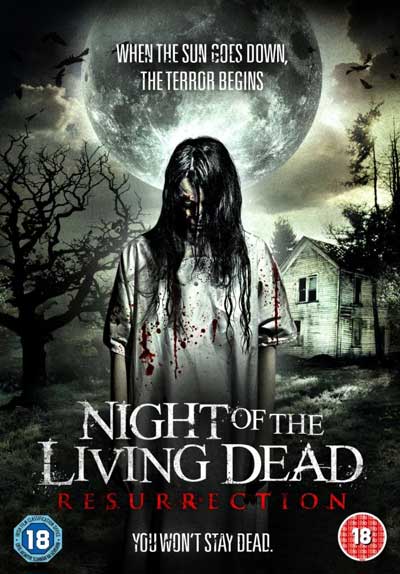 Above all though is the single biggest problem with Resurrection. The film has a mean spirited attitude and style. Every character has an unpleasant and unlikeable nature which leaves the audience distanced and lacking in empathy for any of them. The group of aggressive teenagers appear lifted directly from a wannabe urban gangster film and are so nasty and malicious in their actions as to seem wholly unbelievable. Their attack on the family is completely unpredictable and malevolent and serves no purpose in moving the story along at all. It is as if the director has tried to shock the audience with the aggression and violence on display but it is so badly handled that doesn’t deliver in it’s desired effect. 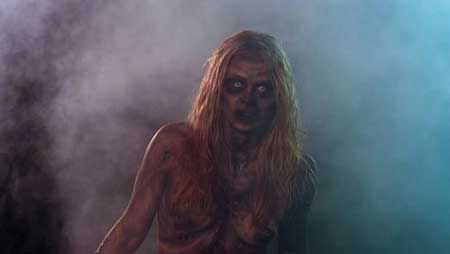 What we have here with Night Of The Living Dead: Resurrection is a failed and unpleasant attempt to utilize a famous name. There is even a completely cynical use of the the name Ben for a black character who actually utters a famous line but when he is unceremoniously killed off in the opening act any similarity with Romero’s production ends. This is a film that should be avoided at all costs as the only outcome I can envisage is that audiences will feel offended by it’s nature and bored by it’s story. If you want to watch a good zombie film then watch original again; I’m sure you have a copy somewhere.

Night Of The Living Dead: Resurrection (2012)