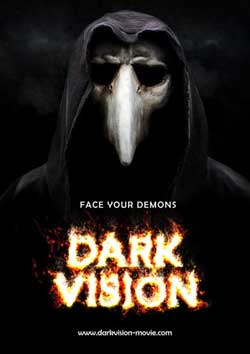 Dark Vision Hub is hosting its paranormal reality show competition: make your own paranormal show and, should you win, it gets aired. So, a host of one of the contest’s entries takes his crew into a creepy old building—reportedly a 15th century plague hospital—with caverns under it. The supernatural forces inside are more authentic than at first supposed by the makers of the show.

“VIEWERS WILL CHOOSE THE FATE OF PARANORMAL SHOWS VYING TO BE DARK VISION CHAMPION. THE TEAM WITH THE MOST HITS WINS THEIR OWN SERIES. FIVE TEAMS. ONE WINNER.”

Spencer Knights, played by this film’s screenwriter, Bernie Hodges, has undaunted ambition. He wants to win the Dark Vision Hub’s contest, the rules of which are described above. His team’s entry is called “Mind-Full,” and he has put together a crew of four other people whose enthusiasm doesn’t exactly match his. They actually think he’s kind of a corny guy—given the exception, maybe, of the eighteen—nineteen—year-old cameraman, who is too young to know any better.

Spencer is taking his crew to Baylock’s Folly. Supposedly, Baylock’s Folly was a hospital for victims of the Black Plague in the 1400’s. Spencer has all kinds of ideas about it being ultra haunted …which, naturally, it is. But he is hoping for a little on-screen sensationalism, nothing too scary, nothing too threatening.
The man is sorely out of luck:

I thought you’d want what I want. Sorry, my dear. But where are the ghosts? Send in the ghosts. Don’t bother, they’re heeeeeeere.

And what is the deal with this Dark Vision Hub? Could it be that they are, duplicitous, plotting, and evil?

As a matter of fact, it turns out they are.

DARK VISION is another one of those no budget movies that is cursed from the beginning. It’s evident, there was not enough time and not enough money to render a good film. Maybe, with a few more script re-writes, a few different stabs at the editing, and—yes—more money—for better cameras if nothing else—this could have been good. But as it stands, its look is stilted and artificial: the movie unfolds with an overly digital look. I understand. Digital is, really, the only option for this fare. The acting is really bad, too. Once again, I get it. Not enough time to get that perfect take. This was cranked out as fast as possible. And there really aren’t any characters to latch on to, so as to drive the narrative forward. Spencer Knights is irritating and cartoonish, and no one else is suitably fleshed out. So, not enough time for screenplay revision. Yeah, yeah, yeah. Lots of low budget flicks have this problem.

The storyline, also, feels forced and unfolds in, what feels like, a confused manner. It shouldn’t be. At the core, this is a found footage ghost story. And DARK VISION—the nefarious “company” staging the pilot contest? Is that really something people on the Internet are going to spend their time with? People are going to “judge” raw footage? That’s a big leap for credibility.

Suspension of disbelief, I know. 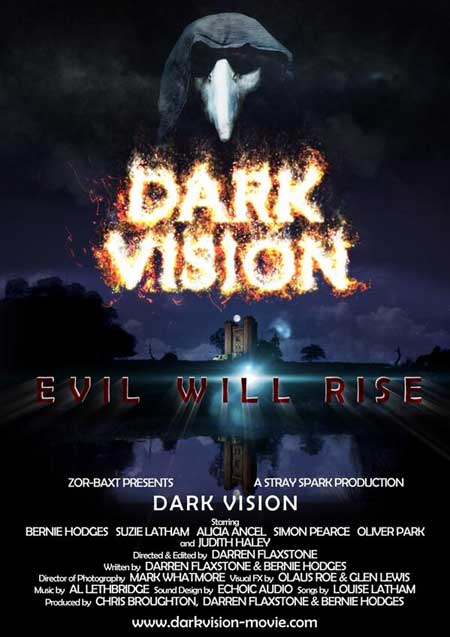 Ultimately, DARK VISION feels like one giant constraint. In no way is it a satisfying watch. Baylock’s Folly, itself, the building, is interesting to look out. It looks pretty cool inside. That’s about it, though. That’s about all DARK VISION has going for it.

Who knows, maybe the movie could have been, under decidedly more favorable circumstances, a decent flick. As it stands, though, it’s not. Recommended to the most obscure of the obscurists only. 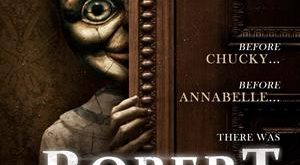 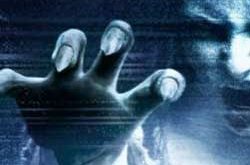 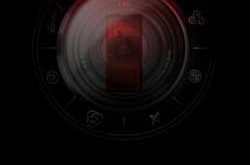