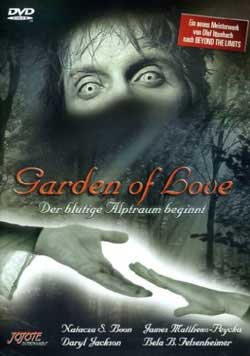 Several years after a musician and his friends are killed, his daughter is haunted by her dad, whos spirit is on killing spree.

What do you get when you have a special effects guy write and direct a horror movie? Hopefully a bloody good time. A German film released in the U.S. under “The Haunting Of Rebecca Verlaine,” this movie delivers on both counts. There is more than enough blood to spare even though overall it is part ghost story, part detective story. 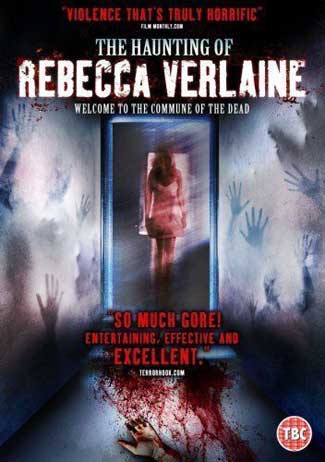 The movie starts off in grand fashion with an incredible sequence involving the wholesale slaughter of eleven members and family of the Verlaine commune on Christmas Eve. Done with great tracking shots, the killer in a clown mask walks matter-of-factly through the large house and stabs all the residents one by one, including eleven year old Rebecca Verlaine. But when the police arrive to find the gruesome scene, they find Rebecca clinging to life. They take her to the hospital where she spends the next two year in a shock induced coma. When she awakens, she has what the doctors call retro-grade amnesia and can’t remember the events of that horrible night. She is promptly adopted by some relatives who promise to give her a good home.

Ten years later, Rebecca (played by Natacza Boon) is leading a productive life and has a boyfriend, David (played by Daryl Jackson), a college professor. All seems well until Rebecca begins to see and hear things, little fragments of the past. In addition, she hears the song, “Garden Of Love.” She decides to do an internet search and finds out that she was the sole survivor of the Verlaine Massacre. Her father was Gabriel Verlaine, famed musician who gave up his career when Rebecca was born. And so the search to uncover the past begins. 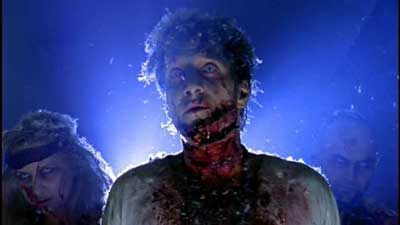 She gets the truth from her adoptive parents and even from David, who we learn knows of her past. They drive to the city where it happened and meet Detective Thomas Munster (played by James Matthews-Pyecka). He was the first one on the murder scene and is anxious to meet Rebecca. Seems the case has gone cold as there were no suspects, no clues. When he relays the story to her and David, it plays like a ghost story, and is just a magnificent scene.

When Rebecca requests to go out to the family farm, things get really interesting as the ghosts of the victims still reside in the house. Seems they want some revenge on the killer, or is it killers, who were never brought to justice. 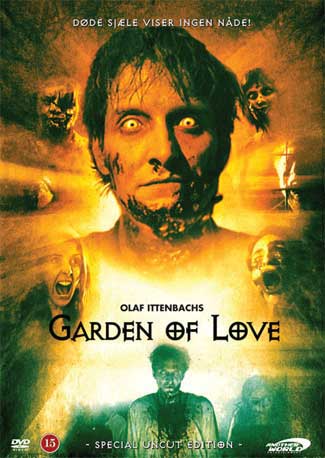 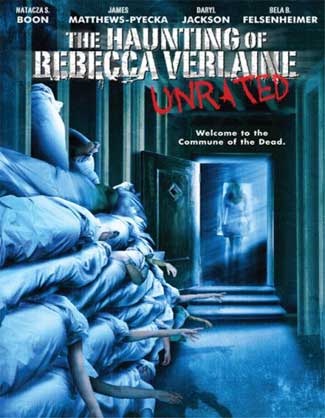 Up to this point the movie had more of a mystery feel as Rebecca tried to learn more about her past. But once at the house, we get the blood and guts one would expect from Ittenbach. One scene involving a group of policemen goes over the top, in a good way, as bodies are ripped limb from limb and blood splatters every which way. Seems Daddy desperately wants some revenge and wants it now.

This is a good movie overall and I would recommend you try to catch it. The special effects are old school but that is what makes them great and effective. There is even a great head shot explosion (though it happens quickly) to rival that of the infamous Tom Savini one in “Maniac.” Please note I said rival, I still feel Tom’s is the best by far and set a very high standard. While there are plenty of films that are bloodier, this one has a decent amount, considering that most of it concentrates on the mystery of who was responsible for the massacre. 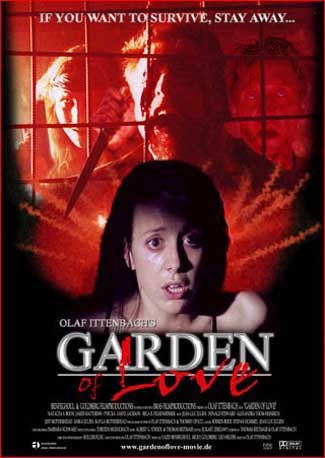 The acting is what it is but not bad for this type of fare. Same goes for the directing and writing. Solid enough to keep you entertained. The plot has some nice twists as Rebecca learns more of the events of that horrific night. Throw in great scenes of blood and gore and you’ll find yourself having a good time.

Garden Of Love (The Haunting Of Rebecca Verlaine) (2003) 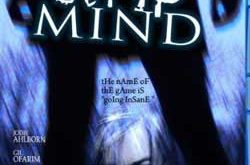