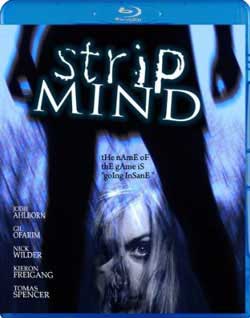 You’ve got mail! Unfortunately it’s not from Meg Ryan. In fact, spam would be better than what our protagonist Samantha (played by Jodie Ahlborn) gets when the beep of incoming mail sounds on her computer. Strip Mind is a German horror film, which actually plays more like a suspense story, which would be fine if there was some suspense. What we have instead is a relatively routine film, although to its credit the end does have a good surprise and is pretty cool. I just wish the pacing had been a little faster.

Samantha, who prefers to be called Sam, is in college studying advanced clinical psychology. Deciding to stay for the winter break and take another class, she spends her extra time in the library studying. But with finals now over, our young coeds decide to throw a party. We quickly meet her friends Poe, a dark-haired vixen, Renn, her roommate and male friend always there to lend an ear, Max, the popular guy she has a crush on and Berg, who is studying to become a doctor. Sam quickly tires of the party and returns to her room. She sees that she has an email and sits down at the computer. But instead of seeing some friendly words, the screen goes black and she sees an image of a wax-like woman walking through fire. Shaking it off as exhaustion, she keeps it to herself. At least she thinks so. Seems someone is watching her on a large array of video monitors.

Daily life continues as usual until she stays late at the library one night. She encounters a man in ragged, black clothes. It isn’t long before she encounters the man again outside. He attacks her and she passes out. She awakens to find herself laying in a doctor’s office. Her friend Berg is there and she tells him what happened. She also shows him the large scar on her upper torso. He examines it and takes a sample of the tissue. Turns out to be what he thought, a burn mark. She tells him about what she has been seeing, but convinces herself that she is not crazy.

And what better way to do that than to do some internet research! Turns out that a Professor Ragloid (I’m sorry but that is a cool name) died in a fire years ago. To boot, he was doing some pretty serious experiments into mind modifications. Is he our mysterious man in black? One thing for certain is that these hallucinations are starting to take their toll on Sam. And when she wakes up one morning with a bloodied letter opener, and word comes that Berg has been murdered, she’s not sure what to believe any more.

Might it have something to do with the closed off construction area down some stairs that she keeps passing in the building? Maybe the crazy library worker? Her friends? Do we care?

And therein is where I think the major problem with the film lies. The main character is not quite proactive enough. It’s not that she enjoys having all these things happen to her, far from it. But she doesn’t seem to really want to fight back, either. It’s as if she realizes her fate has already been decided and after that, what’s the point? 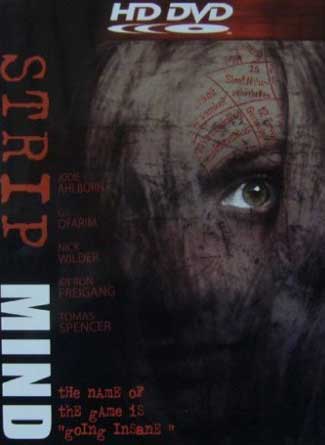 The acting is standard for this type of film, the standout being Poe (played by Kordula Kohlschmidt) if for no other reason than her character is the most three dimensional and unpredictable. The real downside is the audio dub into English. Obviously lips never synch up with the voices perfectly in this process but for some reason it seemed really off. The nice twist at the end of the movie keeps it from being a total waste and elevates it to the maybe see once category. 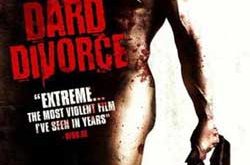