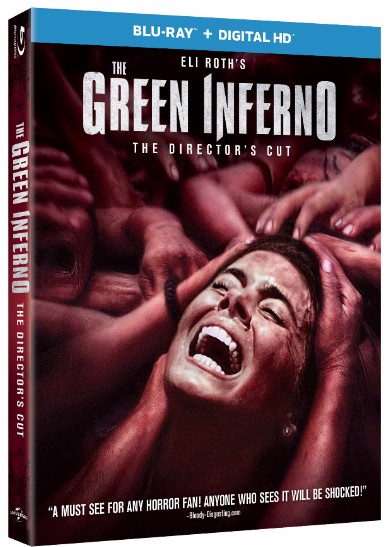 The rules are simple.  Email contests@horrornews.net with “The Green Inferno bluray” in the subject line.   Next, in the body of the email,  type your full name and complete address and then hit send.  Don’t forget to hit send.   You’ll be entered in a drawing to win a Blu-ray copy of the movie. Winners will be picked at random.  This giveaway won’t last long, as we will be picking winners rather quickly.  United States ONLY.

The Green Inferno is a gruesomely spectacular journey into the heart of darkness that will have audiences on the edge of their seats.

New York college student Justine (Lorenza Izzo) meets student activist Alejandro (Ariel Levy) when he goes on a hunger strike on behalf of underpaid janitors. Smitten, she agrees to help Alejandro undertake his next project: rescuing an Amazon village from destruction by a greedy multinational corporation. But Justine soon comes to regret her decision when their plane crashes in the Peruvian jungle and the students realize they are not alone. No good deed goes unpunished as the well-meaning students are captured by the cannibalistic tribe they came to save. 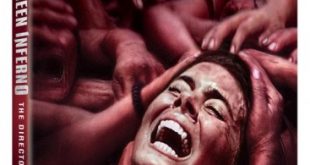 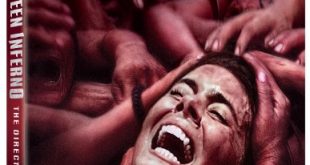