Godzilla, Dawn of the Planet of the Apes and The Green Inferno are only a few of The Top 10 Most Anticipated Horror Films of 2104 as the grue crew take a first of the year look at the films set to hit the theaters throughout the year. What film are you looking most forward too? Is it on the HNR list? Will a giant lizard stomp them all into the ground or will the half dozen Conjuring-inspired ghost tales rise to the top. Stay tuned.

It was only a few episodes ago, HNR covered The Banshee Chapter. Tonight, Blair Erickson the director of that film – a film that landed on The Black Saint’s top 10 of 2013 list – joins the crew to talk about the film. He sticks around after to discuss the film in the What Have You Been Watching Segment, the Golden Globe winning, Oscar nominated Spike Jonze’s Her.

Co-hosts Doc Rotten, Santos (The Black Saint) Ellin Jr., Dave Dreher, Thomas Mariani and Vixen are all astonished at the knowledge Blair Erickson drops on the crew and share his love for Spike Jonze’s celebrated, Golden Globe winning Her – well, most everyone. Woot! The top ten has the crew excited for the coming year, with Godzilla topping the list. Dave brings the Horror News of the Week with word on the Friday the 13th reboot, the Walking Dead spin off and a possible True Blood film. 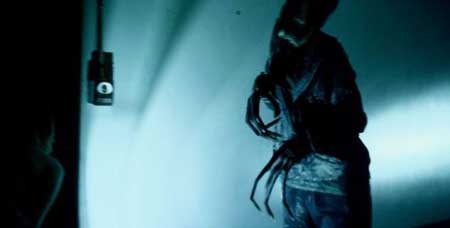 00:03:47 – Interview: Blair Erickson, director of The Banshee Chapter
Horror News Radio covered The Banshee Chapter in episode 36. Now, the director, Blair Erickson joins the crew to discuss the making of the film, the conspiracy theories and influences behind the film and a secret or two about the film. It’s an incredible interview with a bright new name in horror. 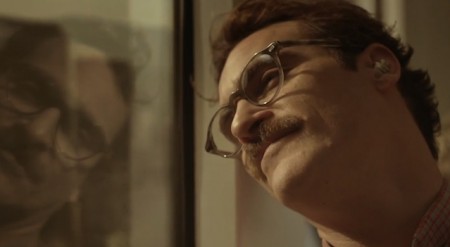 00:49:18 – What Have You Been Watching: Spike Jonze’s Her
Blair Erickson sticks around to discuss one of his favorites films with the crew in the What You Have Been Watching segment, Spike Jonze’s Her. It’s a complete love fest for the film as Dave, Thomas, Vixen and Blair go over all the highlights of the film praising its story, message, themes, acting and directing with Dave especially high on the film’s script. Doc, however, is an odd duck and did not like the film as much and gets a mighty trouncing for it. Haha!

01:45:18- Horror News of the Week – 01/13/2014
Dave caps off the night with the horror news of the week. No one is in favor of a Friday the 13th film without Jason Voorhees, even if Doc is in favor of the found footage angle. Again, the entire crew would prefer to stick to the main Walking Dead story line instead of diluting it with a spin off – at least, at this point. The Clown trailer looks fantastic! There’s a new trailer and artwork for the El Rey TV show based on From Dusk Til Dawn. And what is this rumor of a True Blood film in 2016?