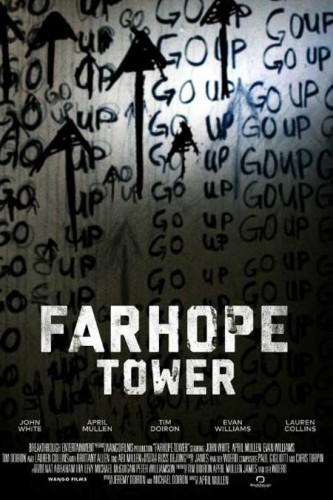 When a team of paranormal investigators are promised a shot at a pilot from a prestigious television network they vie to develop the most gripping episode possible. An abandoned local tower with a notorious reputation for an onslaught of suicides seems like the most viable choice. It doesn’t take long for the team to realize they’ve gotten in way over their heads. Will they manage to capture all the unspeakable evils on video or will they fall prey to the curse of Farhope Tower?

Farhope Tower slips neatly into the ever increasingly popular sub-genre of the supernatural and paranormal. It only makes sense to target a mass market that is insatiable for further subject matter. Producers of this endeavor seem to have a firm grasp upon their potential demographic and unleash this production with April Mullen at the helm with a staggering and intriguing premise. The movie begins with a snippet of back drop into what had taken place on that ill-fated evening that caused the luxurious penthouse to be abandoned. Such primal emotion is depicted in onset that we’re instantly reeled directly into the fray of action.

Mullen’s individualistic style of cinematography such as unique camera angles, long zooms, aerial point of view, close ups etc. is aesthetically pleasing unto the eye and reinforces her brand. The style of shooting is a story telling process within its own right and manages to captivate the audiences’ attention. On a somewhat subconscious level the viewership is submerged deep within the plot of the film, exhilarated to see what transpires next.

The actors and actresses across the board provide compelling performances. We never second guess the authenticity of the plot’s development and characterization thereof. Some juicy dips and swerves are formed here and there. If mentioned here would provide far too many spoilers but suffice to say there is a great deal going on within the confines of the Farhope Tower than mere things that go bump in the night.

It’s evident the production was shot on a relatively modest budget. Yet it seems to be a non-issue here. The overall presentation of this Mullen trademarked Niagara shot film comes across as slick, crisp and all variables fall into place accentuating one another rather than offering distraction which often can be the case with budgeting restraints in such endeavors. The special effects are utilized effectively without an over indulgence or even much of a trace of CGI. Thunderous sound tracks are deployed to fully harness the full out jolt moments. 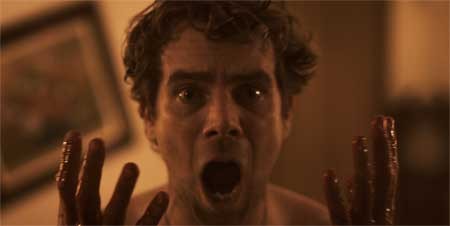 The spirits are the lead antagonists in Farhope Tower as one may have clearly suspected. Through Mullen’s direction the production hones in on the unseen ratcheting up the unease and dread factors for the viewership’s maximum psychological impact. I admire the fact she fact that the audience isn’t insulted with an exorbitant amount of gore and in your face terror. The director conjures the imagination and the end result is breath taking.

Overall the plot moves at a reasonable pace and manages to invest the audience until the final credits role. There isn’t a whole lot of unnecessary exposition or back drop which keeps the story clutter free and exploits as many chilling tactics as possible. Of course there are some horror related clichés exhumed here and there. In all honesty where scream flicks are concerned does anyone really care? A pivotal plot climax is unleashed that many viewers won’t see coming and is worth the price of admission alone. A sturdy forewarning with those sensitive to controversial subject matter be prepared and don’t say you weren’t forewarned.

Director April Mullen pulls off an extraordinary eerie expose while multi-faceted. Once again as co-producer, director and a starring role, film enthusiasts soon learn the extent of her diverse talents. One scene in the role of Zoe, will resonate among first time viewers and Mullen maniacs alike in which demon like entities provoke her to engage in an impromptu trance that can only be described as wiggling the waggles away. It sounds absurd here but trust me, you’ll know precisely what I’m driving at.

Mullen has managed to immortalize her position in cinematic Hollywood horror heavy hitters. With such prior accolades as Dead Before Dawn 3D, 88 and now Farhope Tower fans will unite and rejoice over a creepy good time and ravenously await her next release. 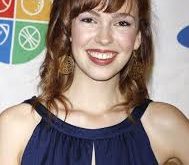