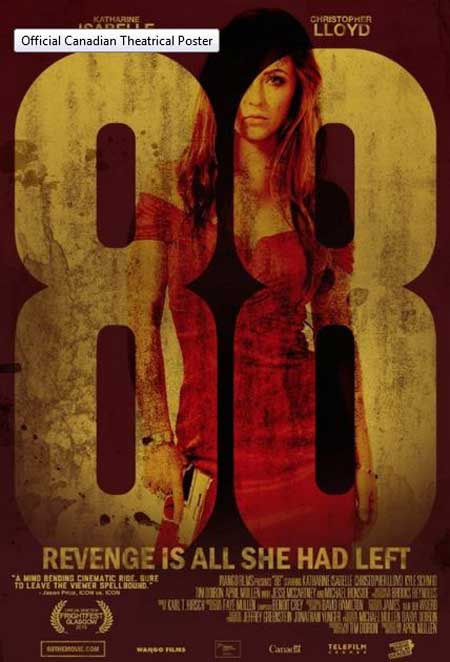 When Gwen wakes up on the side of the road one morning, she enters a diner and desperately tries to decipher how she’d gotten there. Accidentally shooting a waitress she flees while clambering to grasp onto her sanity and seek vengeance on those who had killed the love of her life, Astor.

Revenge is all she has left.

There are two sides to every story.

There is a new high priestess in the realm of thriller/horror and her name is April Mullen. Some may be familiar with this director’s work along-side with partner, co-writer Tim Doiron, the two are the one and the same that delivered us Dead Before Dawn 3D. It is evident the dynamic duo is here to stay and far from a one trick pony. This time around the plot focuses on an entirely different genre we’ve been accustomed to them producing. 88 is an intense psychological thriller with countless twists and turns. They’ve truly upped the ante in this production in what may be best described as surreal, experimental cinematic story telling. We virtually feel the sense of disorientation, despair and desperation in our lead protagonist’s struggle to make sense of her fugue state. We’re consumed with Gwen and Flamingo’s plight to unravel epiphany within the layers of psychosis. The cinematic tools utilized to convey utter chaos and disarray are nothing shy of extraordinary. From rapid cuts, extreme close ups and slow motion and near dream like visions the audience is rendered in a near subliminal then lucid state making this diamond in the rough one to revisit time and again. 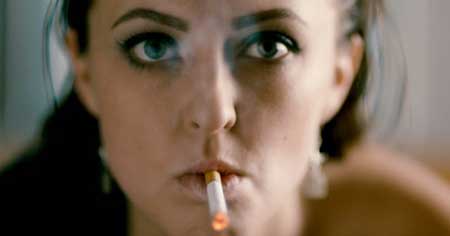 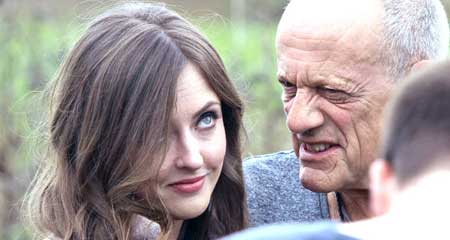 As the plot skips to the past, back to the present and so forth the sequences at first glance may appear murky and confusing yet the structure only manages to facilitate the overall fugue state of our lead protagonist. Isabelle unleashes a myriad of emotion in a single frame. Many viewers will be torn to decide exactly who is more entertaining, the clearly distraught Gwen or the sociopathic Flamingo. The payoff is immense as all the pieces come together in a spell binding climax that would make even Alfred Hitchcock proud.

Locals and tourists alike in the Niagara region will rejoice in the setting. Readily recognizing such landmarks as historic Queen Street’s boutiques, the Basel’s Diner and the creepy three story home on Bridge Street, director Mullen demonstrates her affection for her heritage and her choice in setting has become somewhat of a trademark in each of her productions. Many will applaud our hometown sweetheart and her devotion to her roots while others will marvel in the cinematic esthetic and how her visionary intuition has been brought to life. 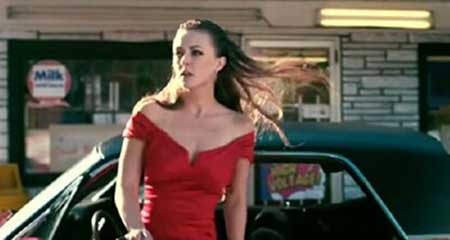 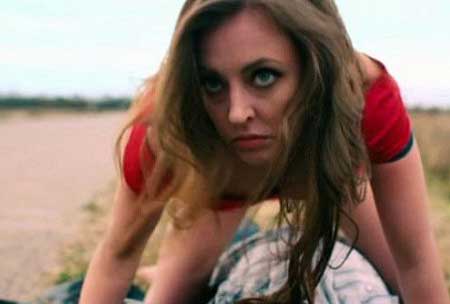 Katharine Isabelle embodies each the role of Gwen and Flamingo in such no nonsense, kick ass splendor her performance will command fans and critics alike to sit up and notice. There’s something most infectiously addictive to Isabelle. Few film aficionados can deny that this role was custom made for her and no one could execute it as flawlessly haunting as her.

The onscreen presence of legends Christopher Lloyd and Michael Ironside delivers a powerful impact and will no question resonate with a vast demographic. Lloyd has even gone on record as stating that throughout his storied career never has he had the opportunity to play a role quite like his character Cyrus. 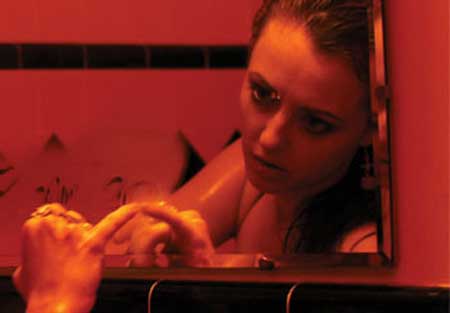 While the action is intense, raw and riveting Mullen and Doiron manage to ease to conflict escalation with their trademark campy humor. Taken in stride and often with tongue in cheek one cannot resist a hearty chuckle at their antics. The scenes of Lemmy’s (Mullen) fixation on leisure and business time appears so odd and eccentric audiences will embark upon and endeavor of side splitting laugher right before we’re thrown into the fray once again. 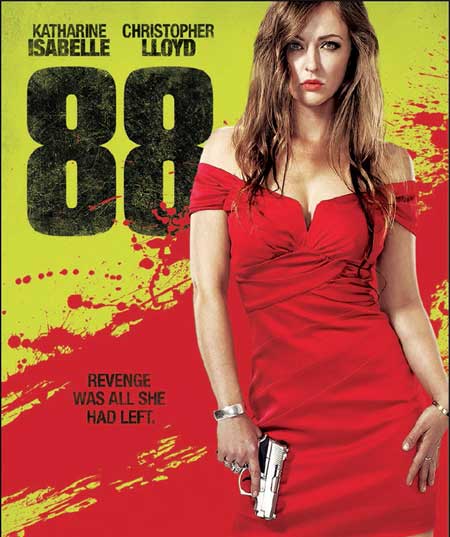 The dialogue that is volleyed back and forth between Cyrus (Lloyd) and Gwen (Isabelle) is arguably some of the most memorable scenes. Perpetually escalating towards the final shot we cannot possibly anticipate the mayhem about to unfold. Each of the cast does and exceptional job of innuendo, suggestion and clue without divulging the eerie conclusion that will provoke countless audiences to discuss long after the final credits. 88 is a picture that resonates. The next time someone asks for a good movie recommendation I predict many will utter without hesitation, that’s easy, 88.