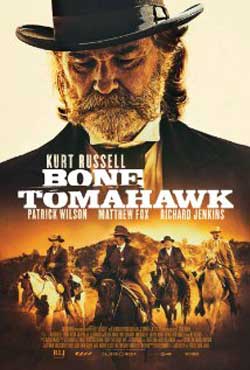 Four men set out in the Wild West to rescue a group of captives from cannibalistic cave dwellers.

Horror western tends to be an untapped well of creativity.  It takes two genres that don’t usually blend together and brings them into each other’s arms to make something magical.  Whether that magic is good or bad all comes down to the individual film and the creative team behind it.  If someone knows what to do with all of the parts, they could make a highly entertaining film that could become a classic.  That is how I feel about Bone Tomahawk, the newest film from writer/director S. Craig Zahler.

Bone Tomahawk follows a group of four men living in Bright Hope as they form a posse and head out to retrieve three people that have been kidnapped from their town.  They discover that the people behind the kidnapping are much more dangerous than expected.  Franklin Hunt (Kurt Russell) is the town sheriff who feels the obligation to keep every person in his town safe.  Chicory (Richard Jenkins) is his elderly backup deputy who tags along in a desire to be useful.  John Brooder (Matthew Fox) is a local man with a reputation for killing natives who goes along because he feels that he put one of the people in the situation to be kidnapped.  Finally, there is Arthur O’Dwyer (Patrick Wilson), a man with a healing broken leg, whose wife was kidnapped.

The opening scene of Bone Tomahawk is built like any great horror opening.  It sets up the entire series of horrific events that will unfold throughout the movie, though in this case, the horror elements aren’t a major presence again until the final half hour or so.  The first sequence shows a drifter, Purvis (David Arquette), who later goes to Bright Hope.  He and his partner Buddy (Sid Haig) head into the hills to hide from a group of men on horses.  They unexpectedly find a native burial ground.  When Buddy decides to go through, disaster strikes.  The disaster sets the whole story in motion.  It feels like a classic horror opening in the vein of Scream or Halloween.  It lets you know what the movie is going to be.  It builds the tension.  It ends with death.  The movie is undeniably horror and it is quick to let the audience know.

Driving the movie forward, however, is the western aspect.  The movie depends upon the acting of the core cast as the characters ride to the doom that they know is awaiting them.  There is a lot of time spent with the characters interacting in sparse landscapes.  They need to have a good rapport with some solid performances.  There isn’t a weak performance throughout the movie, and the main four are four of the best possible people that could have been chosen to lead the cast.  The most notable is Richard Jenkins who disappears so well into his role that it is difficult to recognize that it is him.  It is one of the best performances from a man who has many great performances in his career.

And now we come to the final half hour of Bone Tomahawk where the turn happens.  The turn that comes is known well beforehand by both the audience and the characters.  The characters know they are riding into something that will be dangerous.  They know that they might not make it out in one piece, if at all.  This knowledge comes up many times throughout their journey.  Yet they do not realize how dire the situation is until they arrive at their destination.  The audience knows how dangerous the reality is, having seen it multiple times in the movie already.  The opening scene and the scene during the night of the kidnapping help to highlight the life-threatening situation that will unfold.  The audience only has to wait for the turn.  The turn is masterful.

The final half hour of Bone Tomahawk in which the posse encounters the native kidnappers is a harrowing thrill ride of horrific imagery.  At no point does the material take away from the movie.  Instead, it fits right in and makes the movie feel whole.  The tragedy is devastating.  The visuals are shocking.  It is a horrifying conclusion to a voyage filled with blood, pain, and death. 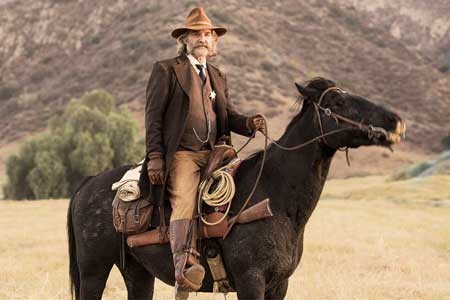 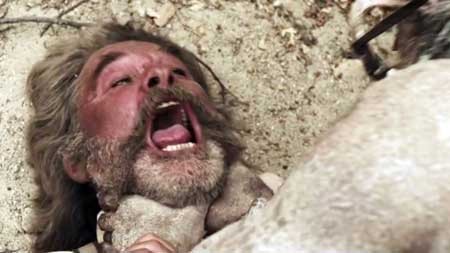 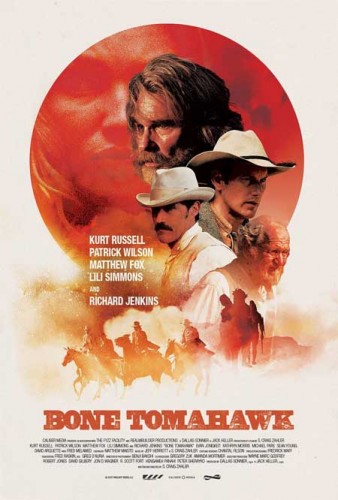 Bone Tomahawk is a rare blending of horror and western that fires on all cylinders.  It manages to capture the essence of a western while sprinkling it with hints of horror before bursting open into a frightening finale.  Well directed and acted, this is a can’t miss movie.  With his first directing effort, S. Craig Zahler brought a new horror classic into the mix.  He brought a movie that is unlike most others that is sure to stand the test of time.  He brought Bone Tomahawk.

Bone Tomahawk (2015) is now available on bluray per RLJ Entertainment