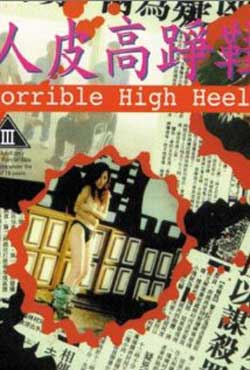 A group of hardworking young shoemakers in Hong Kong find success with their latest product. Little do they know that their new supply of leather is made of human skin. The cops set out on the trail of a missing person, and suspicions grow as more and more people disappear. Jealousies and resentments see the close-knit group of shoemakers begin to fall apart, while disagreements among the gangsters responsible for the skin trade lead to further violence and betrayal. The cops are under pressure to find the culprits, before more of the community is converted into footwear.

The plot of Horrible High Heels sounds like delirious, grisly fun – and this Category III gorefest is certainly enjoyable, although any intended humor is outweighed by the ineptitude of not one, but three, directors. As a viewer, it is an effort to piece together the different story threads, involving industrious shoemakers, ruthless gangsters, a cackling killer, and all the double-crosses and love triangles unfolding between them. Not that the fault lies with an overly complicated plot; the problem is that narrative coherence clearly wasn’t a high priority on this Hong Kong hack job. 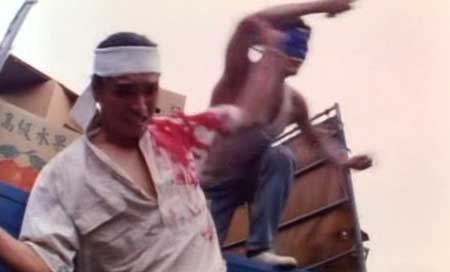 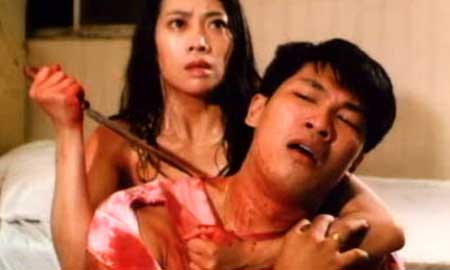 The film opens with a slaughterhouse montage – the kind of sequence used to comment on the actions of characters, and sometimes those of the viewers also (two disparate examples being Fast Food Nation and the peculiar Spanish video nasty The Cannibal Man). Here the effect is tawdry, attempting as it does to squeeze some kind of significance out of material that is nothing more than full-throttle exploitation and proud of it. The idea is that we routinely slaughter animals for their skin (among other things), and here we have a movie where people are carved up for the same reason – hence the desperate analogy.

We are then introduced to our first characters: a young woman (one of the shoemakers) trying to keep her uncle, a degenerate gambler, from blowing the week’s take at another mah-jong marathon. He trips, knocks himself out on a door frame, and somehow manages to die on the spot – looking like he’s just received a shotgun blast to the head. A masked killer then shows up, knocks her out, drags uncle off, and (while acting like an asthmatic kid watching his first p**no) proceeds to flay him with what looks like a chisel, chopping off arms, feet and head. 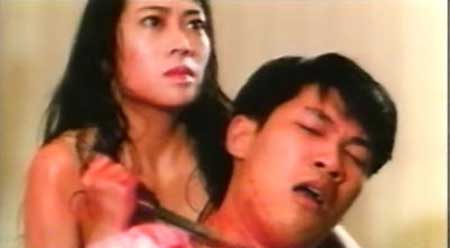 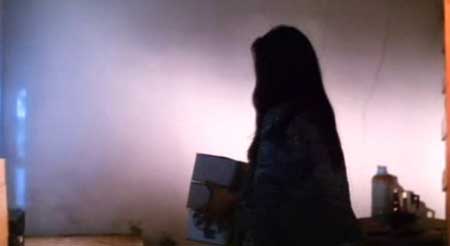 There are plenty more scenes of grisly silliness to follow, fused with action sequences involving gunfights, grenades and beatings – frenetic and ludicrous, the effect heightened by poorly synched audio. And let’s not forget the copious nudity and lengthy softcore screwfests, backed by either sparse piano tinkling or a guitar solo that sounds like Eric Clapton going down on Carlos Santana. The sex, while of course simulated, is a little steamier than usual, erupting out of intersecting love stories that grow increasingly tiresome. 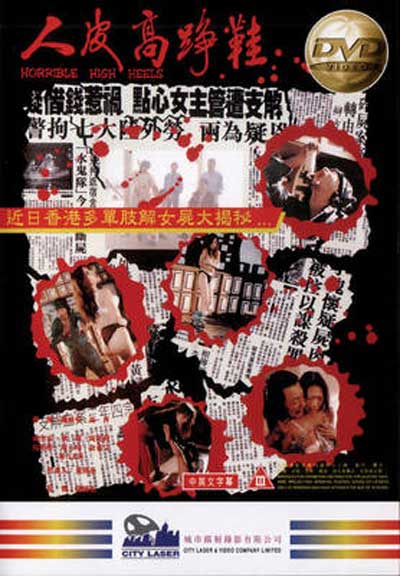 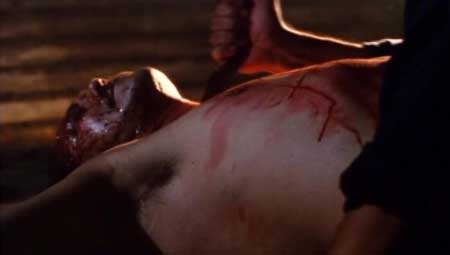 For those who prefer their onscreen sex to be nonconsensual, there is the usual abundance of rape as stipulated in the Category III manual. And Horrible High Heels is at its best when it lends an over-the-top perverse edge to the standard acts of depravity. In one of the more memorable scenes, a captive woman is made to watch while the killer turns another victim into a jigsaw puzzle. He then throws the pieces at her and orders her to use them to pleasure herself, before carving her up as well. In another scene, he bites into a rat and sucks its blood, kind of like an Asian-born Ozzy Osbourne. 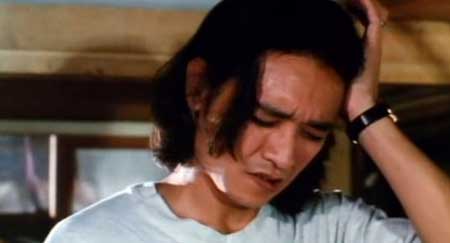 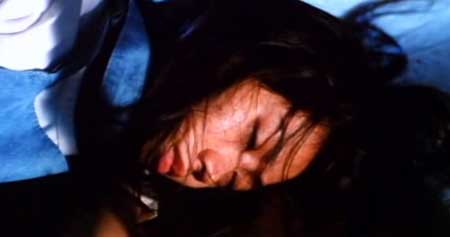 The best part of it is his pressing motivation for all this slaughter and gruesome human handicrafts; after flaying yet another body and holding up a patch of fresh “leather” to the heavens, he vows, “I will have my shoe store someday!” With dedication like that, he almost deserves some support and encouragement. Animal rights activists may disagree, however, based on a flashback that occurs during a rape scene. The killer uses a photo of his desired victim, with a hole cut out for the mouth – in conjunction with the rear end of a live duck. Having enthusiastically poured himself into his poultry, he then slaughters the defiled beast, proving that his hands-on skills range from tanning leather to plucking feathers. Lord love a duck…