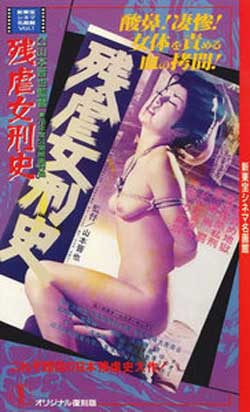 Cruel History of Women’s Torture, under any of its similar monikers and literal translations of the original Japanese title, treads a similar path to Teruo Ishii’s notorious The Joy of Torture (1968). Both films adopt the portmanteau structure of Japanese horror classic Kwaidan (1964) and infuse it with as much sleaze and sadism as would be expected from a film with such a title.

Cruel History clocks in at one hour in length, yet manages to squeeze in five separate segments, ranging from six to sixteen minutes long. They all climax in the same way, however, with the brutalization of a woman leading to a splash of blood spilling from her ruptured orifice. If nothing else, the film proves itself to be thematically consistent. 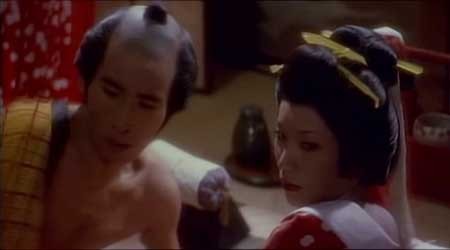 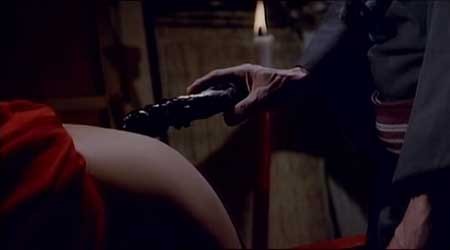 The opening credits sequence incorporates a montage of bondage, torture and other misplaced affection – all taken from the episodes to follow. Interspersed are beautifully rendered paintings of similar scenes, which reappear in the third segment of the film. In this story, an artist ties up his model and subjects her to various forms of abuse – in an attempt to capture her agony, spirit and secretions in his art. 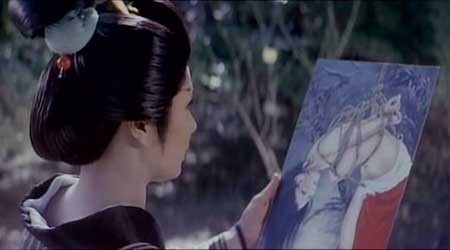 Nikkatsu bondage queen Naomi Tani (Flower and Snake, Wife to Be Sacrificed) appears in this segment, which is the most elegant and lyrical of the quintet. It is not completely subdued, however. When the artist’s beating of his subject becomes too much to bear, Tani’s character emerges from her hiding place to defend the poor girl – only to be bitten by the ungrateful wretch, and subsequently tied up by the dedicated artist. After some passionate scissoring by the spirited lesbian duo, Tani’s partner bites off her labia (which, considering the actress’ stature in the annals of Japanese sleaze, amounts to something of a national treasure). 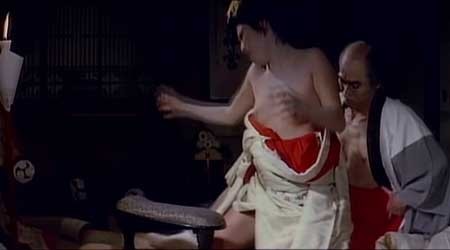 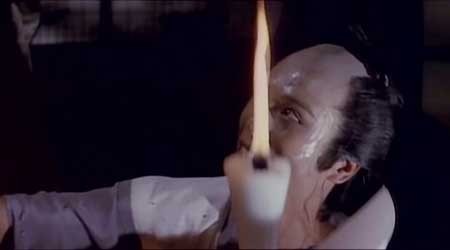 As repellent (not to say repetitive) as all this undoubtedly is, the acts of both sex and violence are hardly graphic, with episodes tending to end with a disembodied squirt of blood and a piece of dripping latex. The pixel police are in full force, laying disruptive mosaic webs over sex scenes that were unrevealing to begin with. More skillfully conceived, but no less frustrating, methods of self-censorship are also used, such as the strategic placement of a candle or kettle to obscure the offending act or appendage. 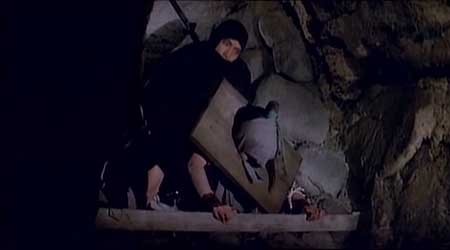 Director Shinya Yamamoto, a prolific pink filmmaker, went on to make a movie with Deep Throat’s Harry Reems a couple of years after Cruel History of Women’s Torture. His films are routinely about the persecution and molestation of women, and it can’t be denied that he brings some class to the constant cruelty, ass-grabbing and kimono-biting, even when the point of it all remains tantalizingly vague. Perhaps it is nothing more than an ode to the torture of women, the misogyny of men, and the pleasure it brings them both. Who knows? To paraphrase a line from Corinthians: looking through a glass of sake, darkly.