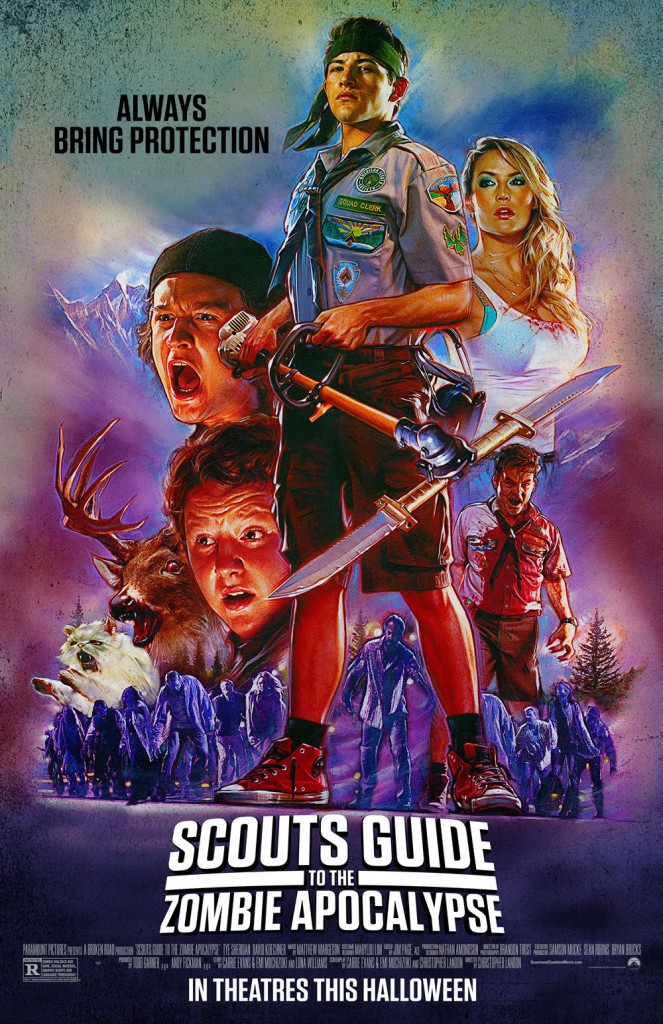 Three scouts, on the eve of their last camp-out, discover the true meaning of friendship when they attempt to save their town from a zombie outbreak.

I’m of the belief that save for The Walking Dead cable TV series, Zombies have pretty much overstayed their welcome on TV, and in movies. The decline has been slow, but steady, and this year feels like the end of a cycle to me in terms of horror films. Especially horror films featuring zombies (Essentially every other horror movie made over the last few years). The newfangled release pattern that has (unsuccessfully) been adapted for two horror films recently just feels like another nail in the coffin of this current cycle of horror films. Maybe if they were successful releases, I’d think differently, but the failure of Paranormal Activity: The Ghost Dimension has pretty much ended all hopes for that flagging franchise (The fact that it was a lousy f**king movie didn’t help much). But the second film to adapt this newfangled release pattern (it goes like this: The film opens on about 1500-1600 screens, and once it falls to 500 screens or less – it gets released to VOD) called Scouts Guide To The Zombie Apocalypse is so much fun, I find it a true shame that more people won’t have a chance to see it on a big screen. 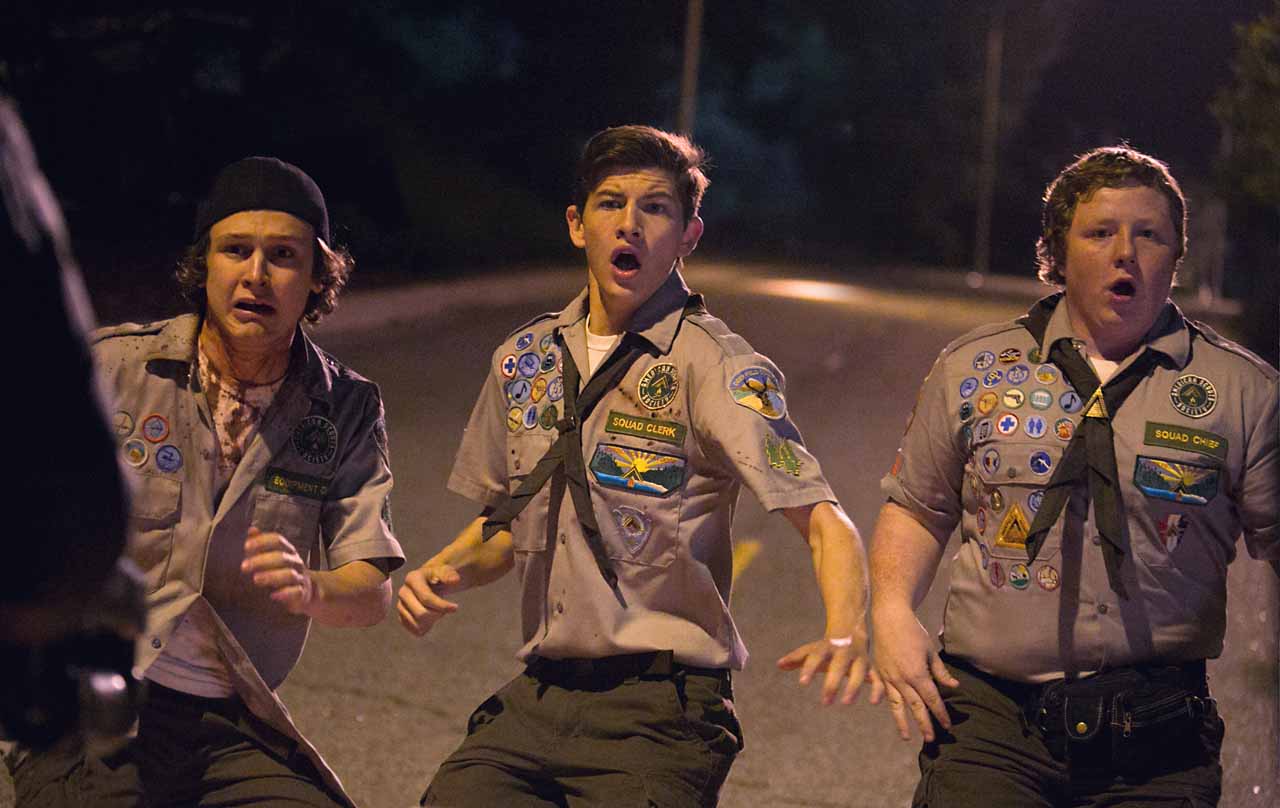 Three scouts (& long time friends) are preparing for a final camping adventure. One of them, Augie (Joey Morgan) is receiving the coveted Condor badge on this evening, and he can’t wait to share the award ceremony with his two best friends, Carter (Logan Miller) and Ben (Tye Sheridan). But Carter has other plans that involve sneaking off with Ben in the middle of the night to go to a big party where he hopes to score with some older girls. Ben feels really bad about leaving Augie all alone, but Carter eventually convinces him to go. But Augie was aware of their plans the whole time, and they find him waiting for them where they parked Ben’s car. Disgusted, dejected and disappointed, Augie sends them on their way. But what Ben and Carter find when they get back into town is a population turned into flesh hungry zombies. They eventually decide to use their scouting skills to defend themselves against the ever growing zombie populace, and with the help of both Augie (who returns to help out) and a cocktail waitress named Denise (Sarah Dumont), they race to save the kids at the party from the zombies before the military blows up the town. 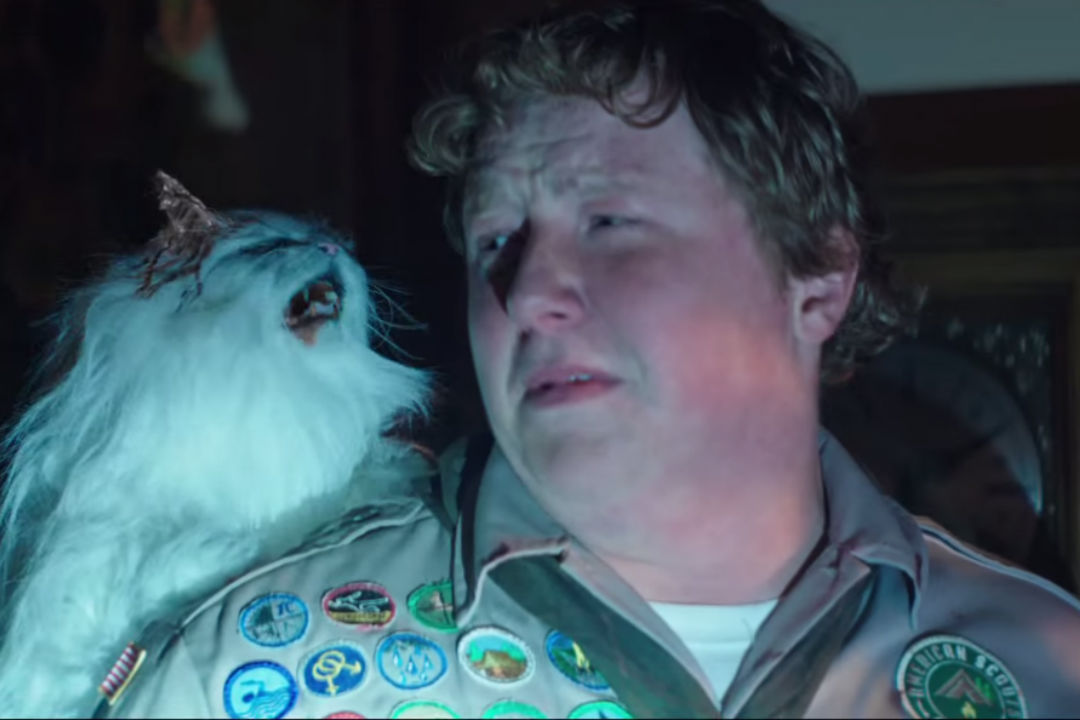 It should be noted that the script for this film (by Emi Mochizuki, Carrie Lee Wilson & director Christopher Landon) made the famed “Blacklist” back in 2010. That’s the list of the most liked, unmade scripts of the year. Now I’m not too sure what changes were made to the script between then and now (if any), but I will say that this script basically panders to the basest interests of its proposed audience. It’s like a Porky’s remake with zombies in it, but I’ll be damned if I didn’t enjoy nearly every second of the batshit construct of a movie. It’s genuinely funny, sometimes hysterically so, and it also delivers some of the best gore gags I’ve seen in a film this year. The zombies seem to come in three varieties, your basic shambling zombie, a hybrid type of zombie that has a raised spine and runs on all fours like a dog, and the slightly self aware zombie, that can mimic, dance and sing along to “Hit Me Baby One More Time”. Now does that sound ridiculous? It sure does. It also sounds like there was some confusion with what kind of zombies the film wanted to feature, but I didn’t pay it any mind at all, because I was so entertained by it.

While the zombies might not be as well defined as you might like, the relationship between the three scouts is. Scouts Guide To The Zombie Apocalypse is a combination buddy comedy/coming of age/zombie flick, and Morgan, Miller and Sheridan have clearly delineated personalities that give the audience a reason to root for them. Augie is personable, but a bit immature, Carter is a wiseguy/horndog, but lovable and genuine, while Ben is the most intelligent and grounded of the three. It’s Ben that takes control once the shit hits the fan, but all three of them face down their fears to mount a frontal assault on (what looks like) hundreds of zombies. And the resulting melee is one of the most gore soaked ones of the year, only this years brilliantly lurid and funny Deathgasm comes close to the carnage on display here.

Well acted, surprisingly heartfelt and funny as hell, the film doesn’t take much of a break once it starts. And it features some of the niftiest zombie gags in recent history, and even tosses in a elongated zombie penis, a zombie deer, and a horde of zombie cats that are genuinely creepy to the mix. There’s a whole lot going on in Scouts Guide To The Zombie Apocalypse, but it still takes time to focus on the relationship between the three scouts, which really makes them quite likable and endearing. But I have two issues with it, there’s a scene in which the cocktail waitress decides that it’s a good time to teach Ben how to kiss a woman that takes place while the house they’re in is surrounded by zombies which is plain stupid. Come on people, this only happens in the movies and it’ll never be believable, no matter how great the kiss may be. The other problem I have is the lack of African Americans in the film. I counted one, and he was gone in about two minutes. I watched very carefully afterwards, and I can’t recall seeing another African American face, either human or zombie. The idea of a town without any African Americans in it might appeal to some, but I find it insulting and stupid.

But besides those two miscues, I found very little wrong with this one. It’s fairly sophomoric, but in the best possible way. It’s really gory (with a nice nod to Romero’s Dr. Tongue from Day Of The Dead), with some outstanding practical and CGI effects that are used together in a near seamless fashion. And lo and behold, it doesn’t end with a setup for a sequel! How refreshing is that nowadays? But the miserable release pattern given to this film all but guarantees that literally no one will see it on a big screen. This is sad because this film would do gangbusters in front of a packed theater, it’s truly an audience movie and it’s a real shame it’s being denied the opportunity to shine for larger audiences. 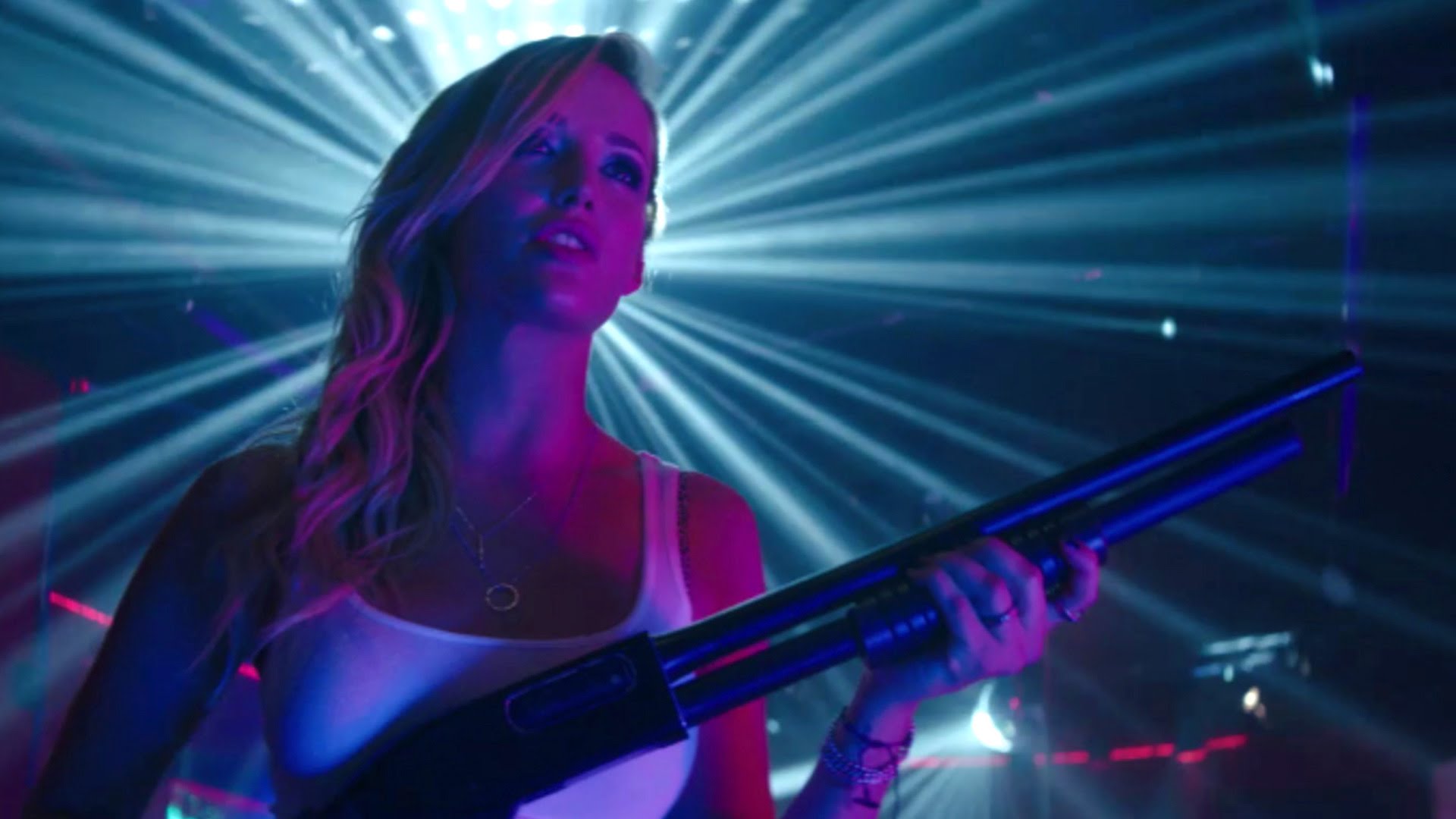 I loved Scouts Guide To The Zombie Apocalypse, sophomoric humor and all, and I’m almost certain that all of you will find something you really like about it as well. See it on a big screen if you can, and see it with your friends if at all possible. I guarantee you’ll have a great evening at the movies.

Scouts Guide To The Apocalypse – 4.5 out of 5 shrouds. 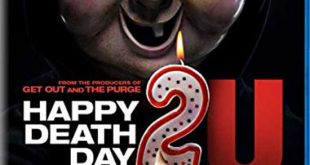