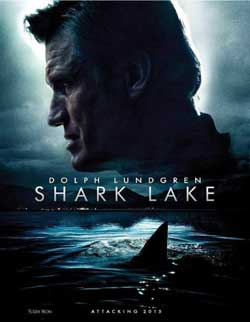 When a shark is accidentally released into a the lake at the quiet town of Lake Tahoe, it’s up to an overzealous cop who ignores the law, her love interest and aging exotic animal dealer to stop the shark before the body counts rises further. (source: me)

Shark Lake is a poorly written, directed, CGI-ed and acted attempt at anything related to a shark film. Not trying to be a “so bad it’s good” experience, this whole heartedly serious attempt tries to be a gleam in the eye of Jaws but instead becomes a mediocre affair that will quickly leave your memory with nay a moment of enjoyment.

The story starts with the perpetually uniformed deputy, Meredith Hernandez busting into the home of notorious exotic animal smuggler/dealer Clint, played by the impressively buff-for-his-age Dolph Lundgren. Seriously, I wish I look half as good as him at that age– Hell, even now, to be honest… Being the horrendously bad cop that Meredith is, she leaves the 3-5 year old girl she finds in the house alone with all the dangerous animals while she pursues Clint via vehicle. Completely ignoring any training the police would have provided her in the area of vehicular pursuits, Meredith decides to ram Clint’s van from behind, causing him to crash into the lake of their small town, Lake Tahoe. 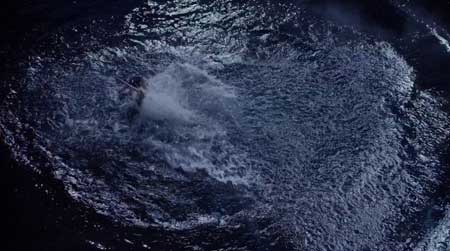 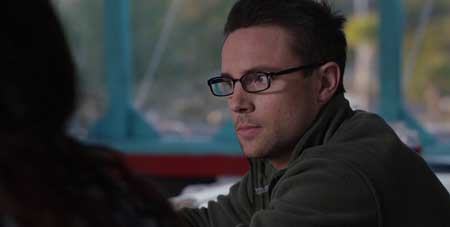 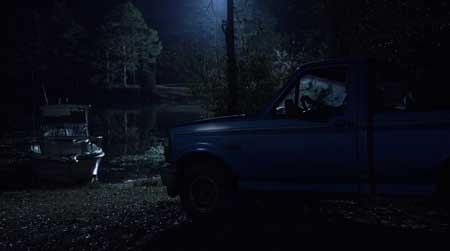 Fast forward five years and we learn that Clint was imprisoned for his stint and Meredith has taken his daughter Carly as her own. Not only that, but something in the water (spoiler: it’s sharks that came from Clint’s van) is killing people, Clint wants to see his daughter, Meredith breaks the law and gains a love interest and other stuff no one should care about happens. It’s up to Clint and Meredith to rid the town of the shark infestation before it’s too late… Expanding any further on Shark Lake would require more effort than the filmmakers spent on this film.

Let’s start with the bad: For a cop, Meredith is terrible. Not only does she do the above things I mentioned (Leaving a young girl alone in a house with dangerous animals and rear ending cars), she also breaks into people’s homes without warrants, steals items from their house and uses her position for her personal gain. Truly an unlikable character. It’s all under the guise of protecting Carly, but still, she’s pretty terrible, and I’m not counting the acting here– BOOM TISH!

Acting wise: Sara Lane, who played Meredith, was mediocre at best, while Dolph looked completely disinterested in the whole affair. Everyone else was as unforgettable as… er… I forgot… 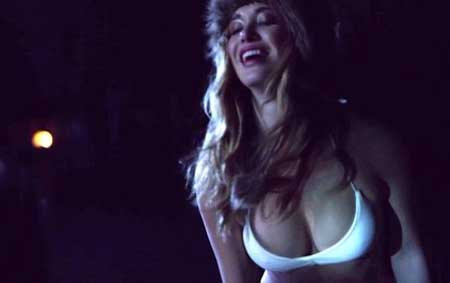 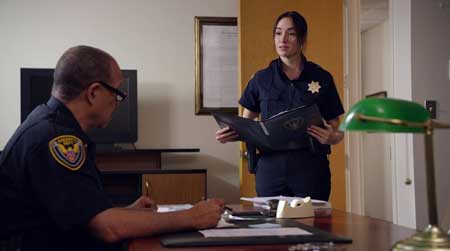 The effects were “special” but not in the way they were meant to be. Horrendous is the first word that comes to mind. I know this is a low budget affair but by Shiva this was baaaaaad. At one stage even divers were superimposed over a shot of water. To help with your visual of this craptastic scene, imagine your old 80s films, say, Robocop, and remember any scene with the ED-209 robot. Remember the darkish outline it had when it was imposed over any scene? Imagine it more visible and obvious, that’s exactly how it looked like in Shark Lake. Terrible.

The story itself was inane with extraneous characters that simply padded the runtime, nonsense and plot conveniences thrown in for good measure. For instance, a scene with many a WTF was when the sheriff gives a press conference about a murder, at the lake. Meredith rushes to the rescue to tell people to get out of the lake JUST AS the shark decides to attack, even though the festivities in the lake were happening LONG before Meredith even decided to go there… I guess the sharks were on their lunch break before then and Sheriffs always like to do their conferences at a lake instead of at their HQ… Don’t get me started on the sleazy British TV guy… Okay, you got me started… Many minutes were spent on his exploits only for him to die shortly after and without providing anything to the story or script. Having characters come in and die quickly is fine, but they need to provide information to the plot in some way, shape or form to help it progress. If they don’t provide anything to the story and removing their scenes doesn’t change the story one iota, they’re extraneous and only highlights a poorly written script more. 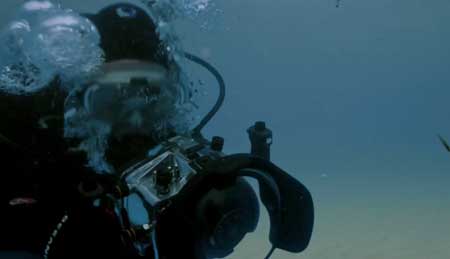 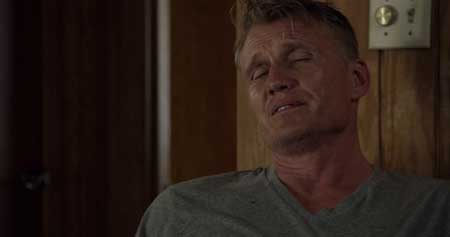 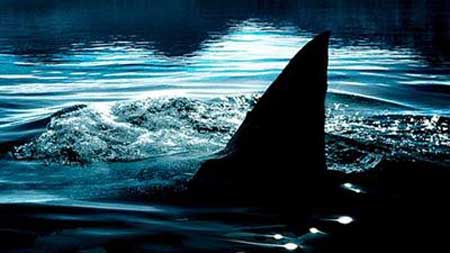 In the writer’s world it is often said to start your scenes late and end them early for maximum story impact for your audience. The writers and directors of Shark Lake decided to one-up that by ending many scenes so early you barely registered what was happening.

Now for the good: Dolph’s body and clear underwater shots.

Essentially Shark Lake fails in every conceivable way. A culmination of minimal budget, a mediocre script, bland directing and uninterested actors, this film fails to entertain, scare or keep you interested.

Would I watch this again? No way in hell.

Would I recommend this film? No way in hell.

0.5 out of 5 Impressively buff Dolphs