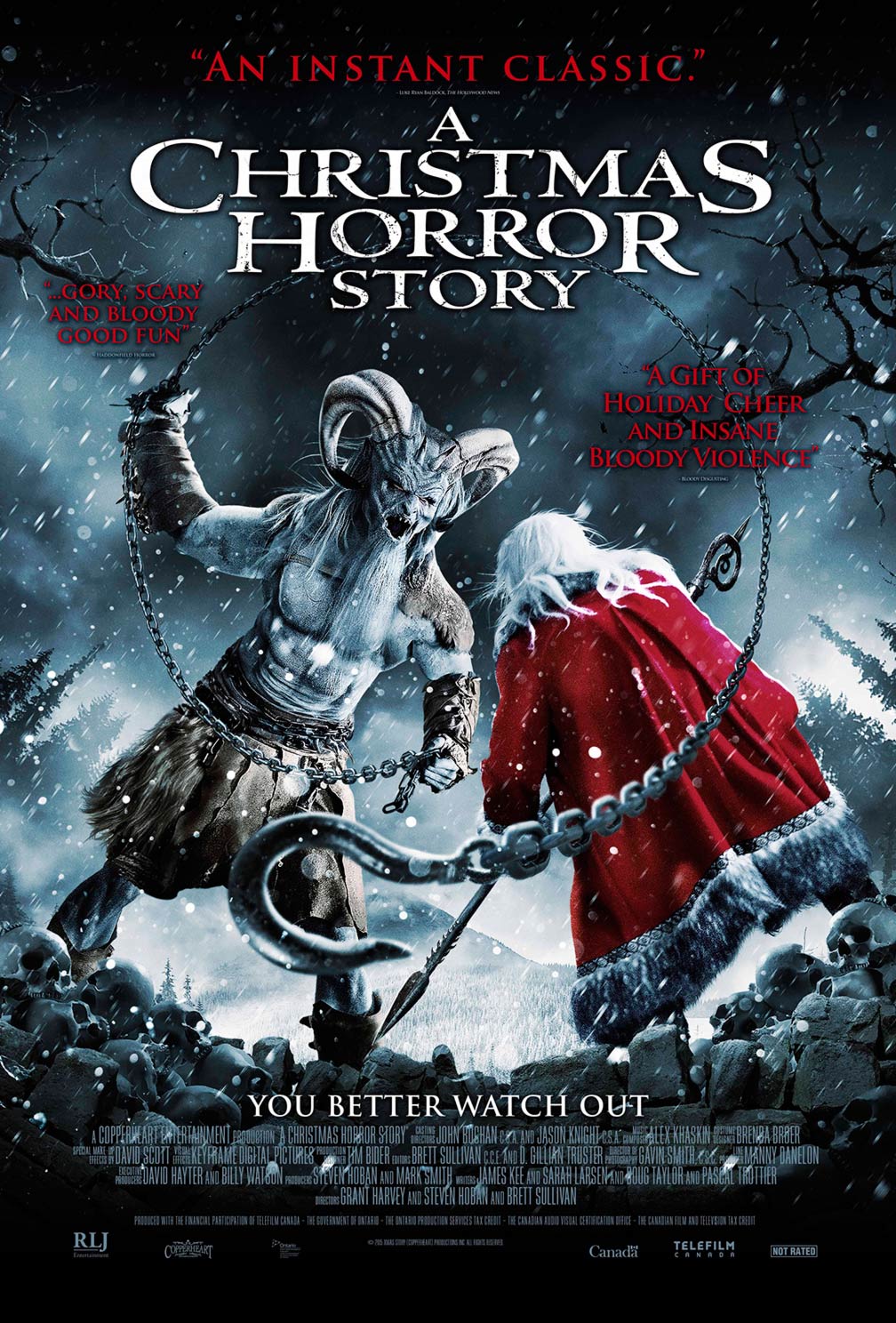 Interwoven stories that take place on Christmas Eve, as told by one festive radio host: A family brings home more than a Christmas tree, a student documentary becomes a living nightmare, a Christmas spirit terrorizes and Santa finds himself fighting against a horde of possessed elves. 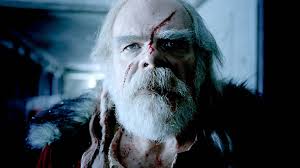 It’s that time of the year again! Where the masses are hypnotized by corporate America, and start to spend copious amounts of money they don’t have on Christmas. Well, actually it’s only mid October, but that won’t stop those brazen thieves known as WalMart, Toy R Us, Target, and any number of big stores from advertising their pre pre pre Christmas savings extravaganzas. And the huddled masses will find themselves rising up off of their well worn sofas and recliners to go stand on a line at three in the morning to score that 500 inch TV that’s on sale for an obscenely low price. What about me you ask? What do I do on during this time of year? Well, right now I’m laying down some Claymore mines near my front door, so when the little monsters come by wearing their silly little Halloween costumes, they might have a hard time saying Trick Or Treat to me after they step on one and their heads get blown clear off of their bodies, the rotten little crumbsnatchers won’t be missed anyway. I’m also watching the expected glut of holiday themed horror films. The latest one to end up in my mailbox is called A Christmas Horror Story, and I gotta admit that this one really surprised the mistletoe outta me. 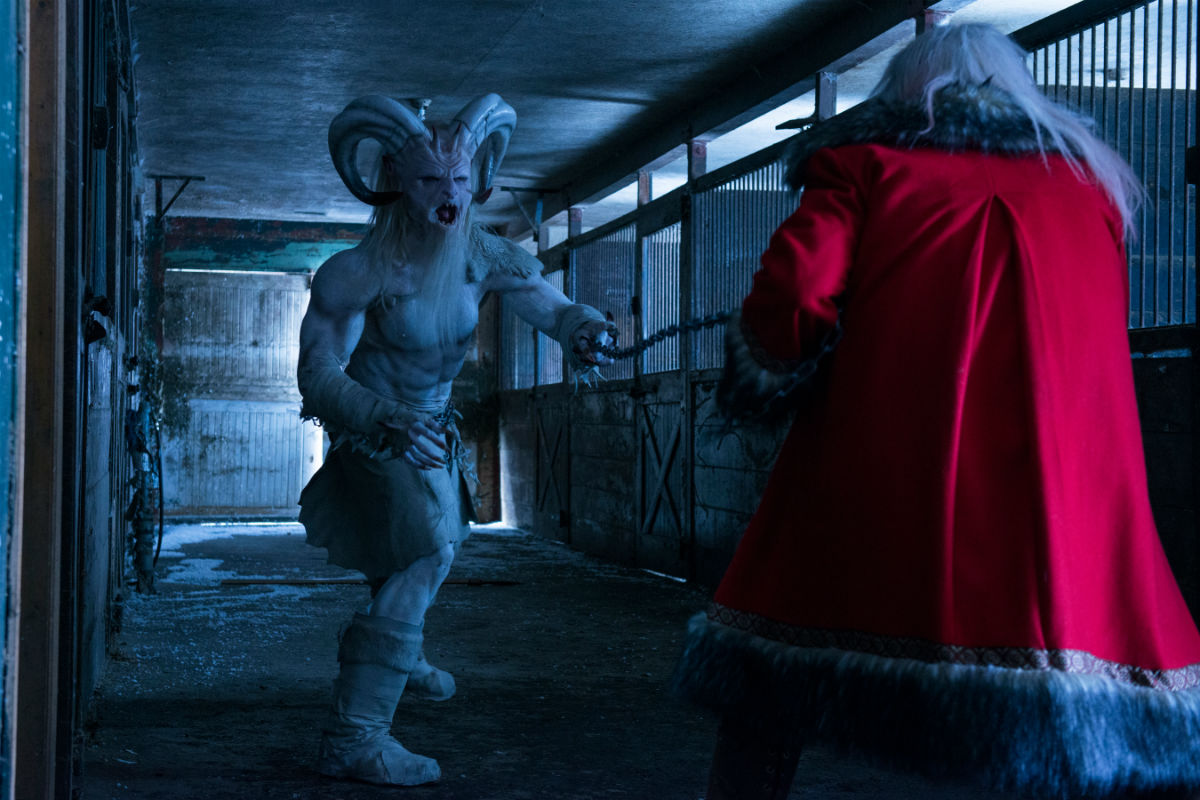 In actuality, it should be called “Some Christmas Horror Stories” since there are four stories being told here. But as they all take place on the same night (Christmas Eve), and in the same town, I understand the title. Held together with a wraparound story featuring William Shatner as a DJ, A Christmas Horror Story starts out with a story that details the rough night Santa is having up at the North Pole. It seems that his elves have been infected with something that turns them into sharp toothed little monsters who destroy Santa’s fabled workshop, and are looking to murder the big guy. Santa don’t play that though, and this story is filled with lots of gore and blood as Santa fends off the little guys by any means necessary. But after all of the elves are taken care of, he still has to deal with Krampus, who infected the elves in the first place. As Santa, George Buza lends the character just the right demeanor. He’s cheerful, but busy in the beginning, and then he’s freaking Dirty Harry later when he’s wasting elves left and right. Buza has the heft, and the face to play Santa perfectly – and he does. The Krampus is quite the intimidating foe though, Rob Archer wears the Krampus makeup quite well and the final battle between the two is quite satisfying for the most part. 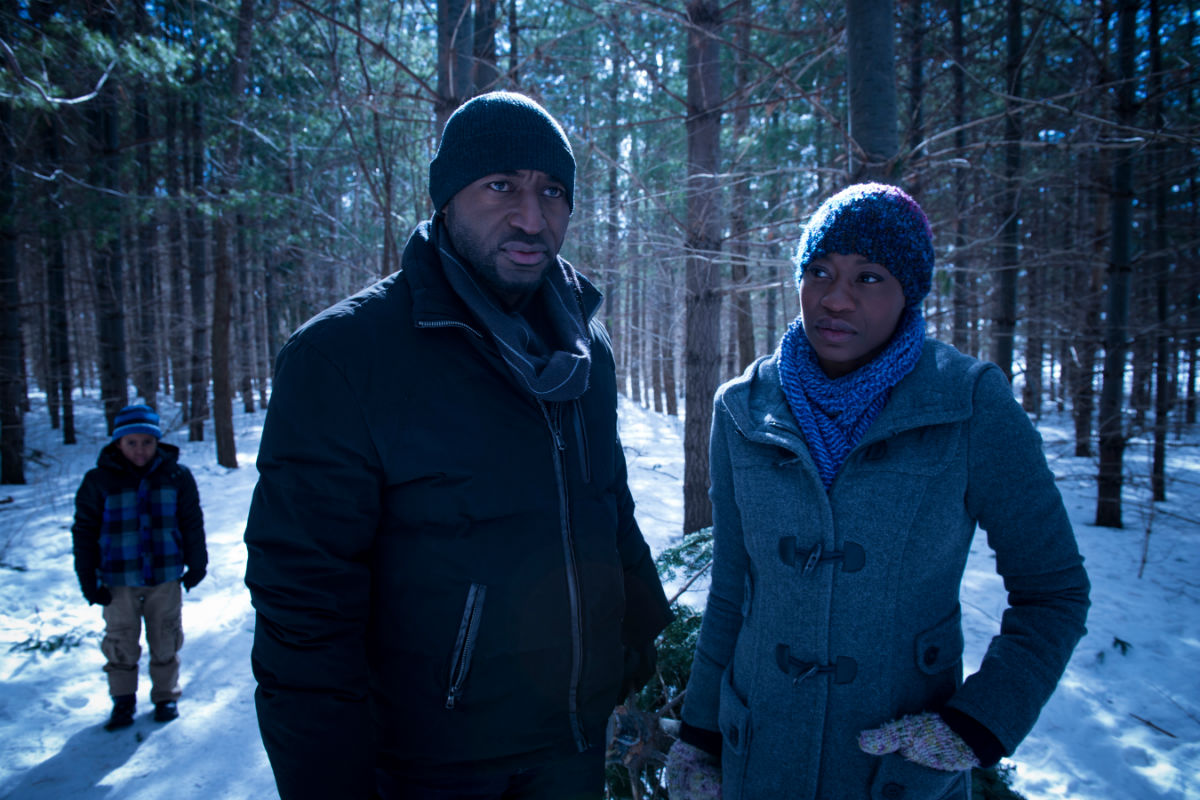 The next story is about a group of teens that break into their high school at night in order to investigate a double murder that happened in the school’s basement. Molly (Zoe De Grand Maison), Ben (Alex Ozerov) & Dylan (Shannon Kook), go into the school’s basement with a video camera to record their findings. Unfortunately, something is waiting to greet them – something that doesn’t plan on letting them leave alive. Another story tells the account of a family of four that go to visit a dying family member, only to end up confessing their worst sins (and committing a few new ones along the way). After their confessions, Krampus pays them a horrifying visit. The last story is about a young couple, Scott (Adrian Holmes) and Kim (Olunike Adeliyi) who go into the woods to chop down a Christmas tree. Their young son is momentarily lost, and when they eventually find him and take him back home – they discover that this might not be the same boy that they originally left the house with. 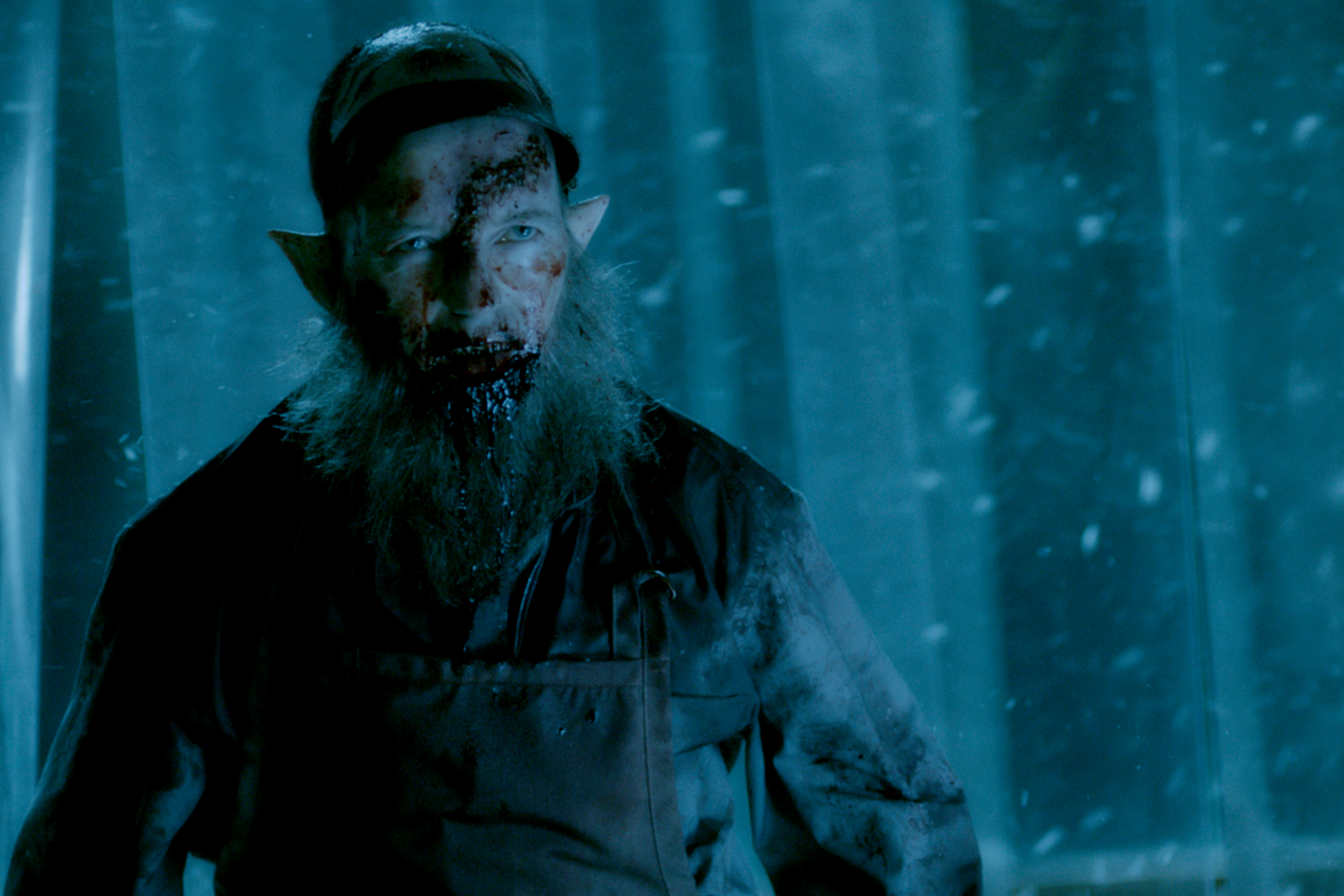 It’s hard to rate all of the stories individually because they all happen concurrently, with each story breaking away to another story every so often. But this works because all of the stories are happening at the same time, and take place in the same town. It’s not as confusing as it sounds though, and this structure helps keep the film feeling fresh. You’ll find yourself waiting for the stories to change over, it’s sorta like a bunch of serials intertwined with each other, and just when one of them is about to get to its big ending – it switches over to another story that you were watching a few minutes earlier. Again, it sounds more confusing than it actually is. But it works here and the film is never dull.

Shatner does a great job as the DJ, occasionally popping in to tell how much he loves Christmas music as he happily swigs whiskey down his throat. Since he’s all alone during his segments, with no one to play off of, he has to carry these interludes all by himself, and he does a fine job of it. He’s a lot of fun to watch as he takes phone calls from listeners as he’s getting his drink on. Directors Grant Harvey, Steve Hoban and Brett Sullivan do a nice job keeping all the varying plotlines together in a cohesive, understandable fashion. Scriptwriters James Kee, Sarah Larsen, Doug Taylor and Pascal Trottier do a good job of keeping all of those plotlines in check, there’s not a lot of exposition here to leaden the proceedings and slow down the film. 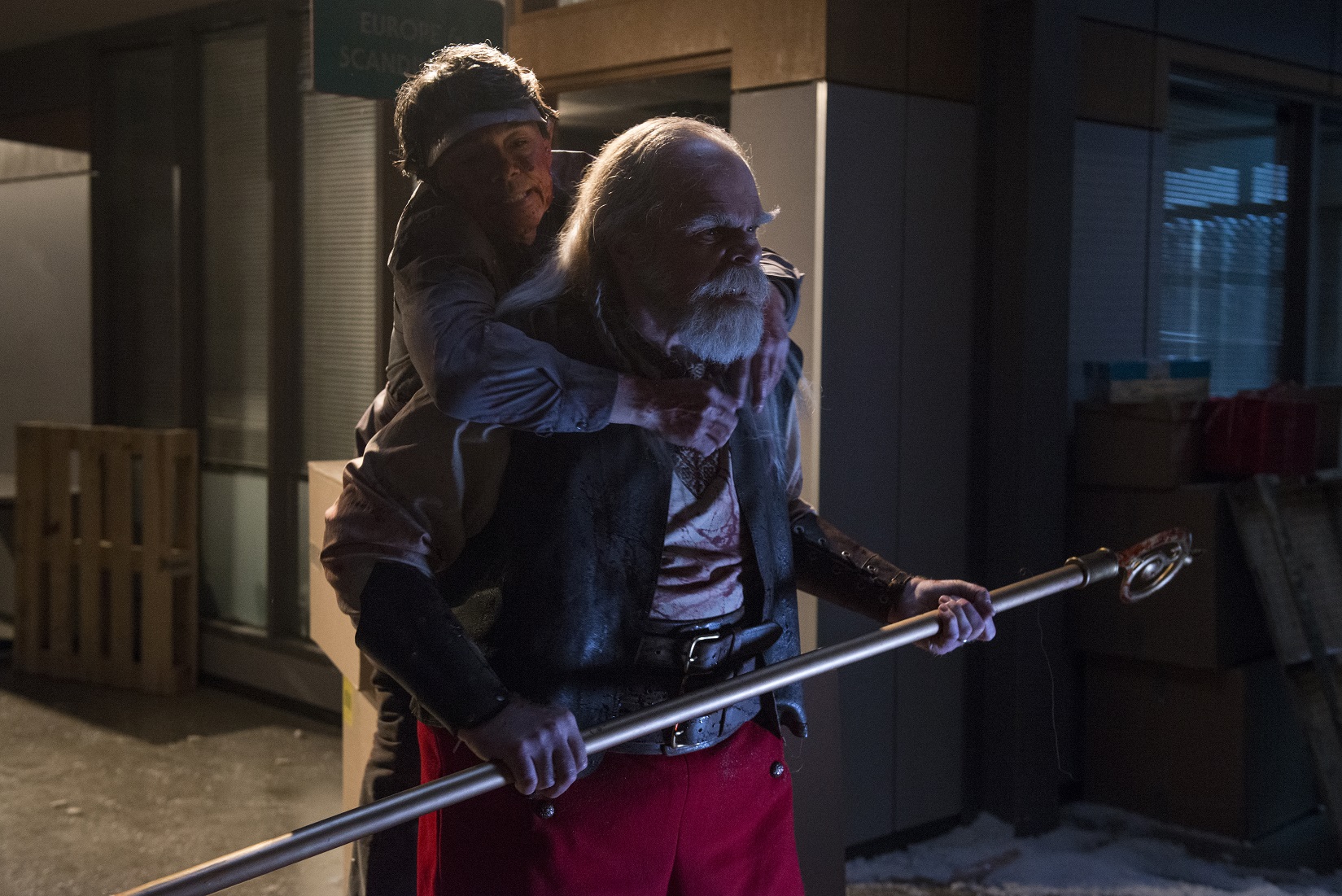 It all ends with the Santa story, and there’s a fantastic twist (that I never saw coming) at the end of it that really knocked me for a loop. In terms of probability, it might be a little over the top for some of you, but I think it’s pretty much perfect, and I was sincerely delighted by it all. Shatner has a few nice bits over the end credits as well, and they make A Christmas Horror Story one of the nicer surprises I’ve had this year. It’s a fun, gory and gruesome way to celebrate the holidays with your family and friends. Don’t miss it!

A Christmas Horror Story – 4 out of 5 shrouds. 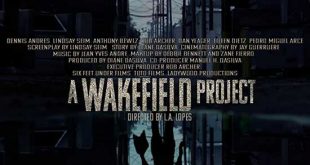 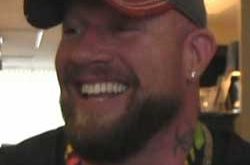 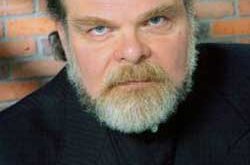