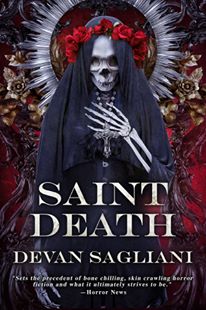 When a group of two separate tandem friends take a trip to Mexico for some fun in the sun, unbridled partying and wild abandon they soon realize their carefree soiree has come at a price. A most ominous cult by the name of Santa Muerte or translated Saint Death possesses acolytes that lurk in the shadows, preying on the vulnerable, oblivious and often inebriated tourists for capture. The evil torturous intent is only a segue for the cult as they plan to offer up sacrificial offerings to their unholy god.

I’ve had the esteemed honor and thrill to read not only one, but a handful of Devan Sagliani releases. While his prior endeavors never ceased to capture the imagination and enchant a vast audience into a most engaging lore of the undead, one cannot help but question what his work would be like if he stepped a little outside the box and covered a genre that was unchartered territory, apart from the regular zombie related fiction. It took all of about three paragraphs to realize this author is far beyond what one may label a one trick pony and I’ll go on record as stating this tale of satanic worship is every bit as riveting, if not more so than any prior novel to date.

Sagliani epitomizes what a sound and seasoned story teller should be in stylistic prose. While the story covers mostly the adventures and circumstances of protagonists Alexis, Christie, Zack and Dave in varying chapters in third person perspective, we get into the very intimate thoughts and emotions of each character. No easy feat by any standards, Sagliani manages to beckon the reading audience into adapting a surrogate sense of empathy with each character, making each larger than life. We instantly get behind them even though they are not telling the story directly from their own eyes. Their individual monologues, reflections and perceptions are showcased with ease while the readership observes the remainder of the plot pace from a third person perspective.

Saint Death opens immediately with an all-encompassing sense of unease. Alexis has found herself in a most precarious position and the readership as a result vies to unveil how she’d gotten into such a horrific nightmare. The author manages to create a moody, dread inducing terror-fest from the get go. Readers will rejoice until the final pages to how the back story comes to light.

Occasionally the plot takes a brief detour into exposition but is handled with such executed precision it takes nothing away from the pulse of the plot movement. We learn a little about what makes each Alexis, Zack and Dave tick and it only strengthens the authenticity of each character. The reinforcement of volleying chapters between Alexis’s plight and the series of misadventures between Zack and Dave and how the two come together manages to cement the intrigue factor upon the audience and ratchets up the suspense factor tenfold.

Once our antagonists such as Angel enter the fray, it’s all bets are off as the vivid imagery depicting the mystique around Santa Muerte’s minions is the sort of stuff insomnia is spawned from. The variables surrounding their darkened agenda sets the precedent of bone chilling, skin crawling horror fiction and what it ultimately strives to be.

Some entertainment/pop cultural references are made to no question strengthen the sense of relation between individual readers and the story. Such notable mentions of fictional character Barney Stinson, The Walking Dead series and boxing legend Mike Tyson on a subconscious level will prompt a sense of fellowship for the reader in the here and now of 2015. I am a little concerned however that the author is selling himself short in terms of global appreciation and longevity of this spell binding novella. These references may not hold as much merit in say Korea or Norway and a generation or two down the line may be lost entirely upon the future readers and accidentally alienate the reader’s attention.

Some of the scenes surrounding the Saint Death’s compound is reminiscent of a Quentin Tarantino film, unapologetically embracing the blood, guts and gore to the maximum. A most disturbing imagery is tattooed into the reading audience’s memory. I envision this novella making a brilliant transfer onto the big screen.

A fascinating article follows the story of Saint Death, depicting the origin of Santa Muerte and how it inspired this hellacious novella. It is with resounding enthusiasm that I anticipate Devan Sagliani’s next venture. Genre fans will no longer be divided and will sit up and take notice of a most promising future of the very diverse and gifted, Devan Sagliani. 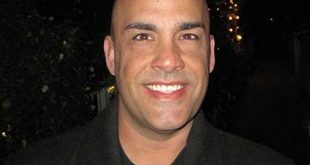 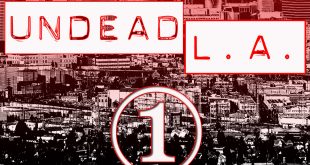