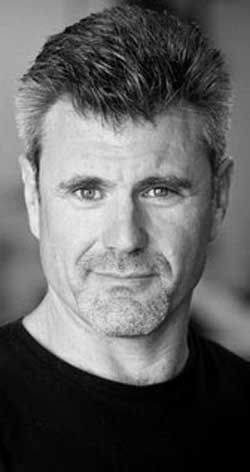 Alec Gillis makes his directorial debut with “Harbinger Down” starring Lance Henriksen, Camille Balsamo, Matt Winston, Reid Collums and Milla Bjorn. Gillis spoke with me for a Horrornews.net exclusive. He talked about making an incredible film as almost a tribute to the great 80’s Horror of the past and working with the legendary Mr. Robin Williams.

How did you come up with the concept to direct “Harbinger Down?”

Well, you know my day job is creating creatures for movies. Amalgamated Dynamics is my company along with Tom Woodruff Jr. in 2011 we did the creature effects for the movie “The Thing” which was a reboot of the classic John Carpenter film. We did a lot of practical animatronics, sort of bringing animatronics into the new millennium but still harkening back to the work Rob Bottin did on the John Carpenter film in 1982. Sadly the studio decided to replace most of our work with digital creatures and that sort of gave it a very standard look compared to what’s out there. Unfortunately the fans were very upset about it. After the film came and went we put up a video that showed all of our animatronic work and make-up work that we did for the movie and what was cut from the film.

There was a huge fan outpouring of really heartache. They were outraged by the fact that the studio would take the kind of work that we did and just cast it aside in favor of CGI. That’s when we realized that there was a big audience all over the world that love practical effects and so it wasn’t just a big leap of logic to say well if they really like this and they were bummed about this movie why don’t we see if the fans are willing to crowd source, crowd fund? I went to kickstarter and I made the pitch that I would make a throwback 80’s style Sci-fi movie inspired by “The Thing” and also “Alien” which to me are the great 80’s practical effects, Sci-Fi and Horror movies.

What was it like working with the cast and in a claustrophobic, unknown environment? (Lance Henriksen, Camille Balsamo, Matt Winston, Reid Collums)

So as I was writing the script, I was writing the parts for them [actors]. Lance, you know I’ve known since 1985 when we met working on “Alien” and he’s always been very encouraging and I know him to be a very loving, caring mentoring person even though he can often times play these intense, scary people on screen.

So I wanted to write a part for him that shows his strength and power that I know is there but also shows the tender side of him because personally I think Lance is every bit the actor that Al Pacino or Robert DeNiro is. He is a contemporary of those guys and he is just a great guy and a great actor. I knew that with him involved I could bring in actors of varying experience level and they would step up when they were in Lance’s presence. And then in terms of sort of immersing the cast in the reality of this claustrophobic crabbing ship.

A big part of it for me was that the set has to be very authentic looking. And even though there are a lot of design elements that went into the set. We tried to make them as connected to each other as possible. To enhance the realism and part of what we are trying to do here is bring back a more practical sensibility to movie making. I think we’ve kind of run the course of these green screen movies where people are standing in a green room acting against nothing. I think audiences are starved for some kind of reality and they see that in the old movies in the 80’s. Reid Collums who plays Bowman came in and helped build the set for that very reason. He is a carpenter and he came in to build the ship so he could familiarize himself as the character. 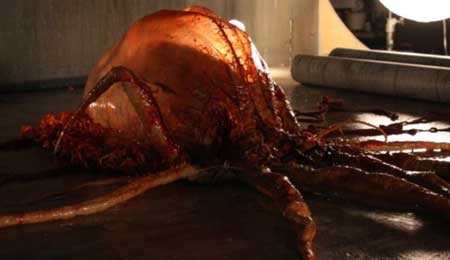 What made the movies in the 80’s so great?

One of the things is, generally the budgets of those 80’s movies are lower than the budgets are now. In the pre-digital era you didn’t have the option to tell a story of the universe. That forced story tellers to tell more human stories.

You have done a little bit of everything. Out of everything, what has been the most challenging and which one do you think you have learned the most from?

Well, I think the answer to that is the areas that I have the least experience in. I’ve written scripts, I’ve sold scripts, and I’ve directed actors in shorts. To take it to the beginning all the way through to having to deliver files to the distribution company with the movie on it is a real eye opening experience. The biggest challenge was also the most fun and that was working with the actors. It was writing the script, doing table reads and re-writing the script and doing what limited rehearsals we had. Then seeing what the actors bring to it, working with their strengths and amplifying those strengths and downplaying and avoiding their weaknesses and not trying to control everything. 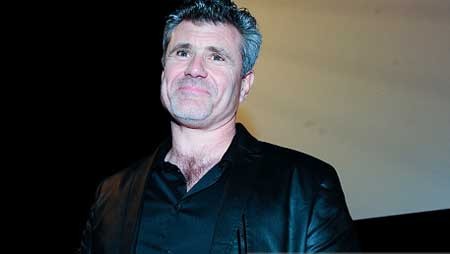 You have done some of the greatest effects in some classics. I wanted to ask about your experience with the late great Mr. Robin Williams?

I did on “Jumanji” and he interacted a lot with our animatronic creatures. He rode on the back of our crocodile in the water and our giant plant. A lot of what we did was with Robin. We worked with him later on a movie called “Old Dogs” where we had a gorilla and he remembered us and he was just a wonderful, very kind and extremely creative person. He certainly was unpredictable. On “Jumanji” they would do the Robin version and then they would do the scripted version and just let him go crazy and do whatever he wanted to do and it was hilarious just watching him riff. Whatever the scripted line was he could come up with five more that were just as good or better. It was quite a sight to watch him work.

What advice would you give to current and future directors out there now?

I’ve been around movies for thirty five years and this is technically my feature film debut. I think that I spent a lot of time chasing my tail in Hollywood and trying to conform to what I thought was the way business was done. It really wasn’t until I said you know what, I’m done waiting for Hollywood to wave the magic wand at me. I’ve got to go out and I’ve got to create my own opportunities and just be clear to the kind of subject matter that I want to bring out. This movie is interesting because it is sort of polarizing. It’s getting two very different reactions. Some people like you see it and go I get it and I see that this is a love letter to a great time and genre filmmaking. They understand that the characters are architypes of that genre and other people look at it and go this is old fashioned, it’s tired. I knew that was going to happen when I went into because we are dealing with a movie that was a homage to two perfect Sci-Fi/Horror movies and I knew that this movie was not going to be perfect because we didn’t have the time and we didn’t have the resources. I don’t have the experience of a John Carpenter or Ridley Scott but what it would be is full of heart, full of passion and we would show people what’s possible on a very small budget and we’ll either win them over or they’ll say you guys are ripping off John Carpenter. There was an inherent risk in that but I think for young filmmakers you have to take the risk. For young filmmakers learn the craft, learn what makes a movie good and what makes it not so great and learn the rules. Be willing to bend those rules and stick your neck out and take risk. People are going to criticize you for it no matter what but who cares, its fun. Risk taking is fun. It’s only a movie right. 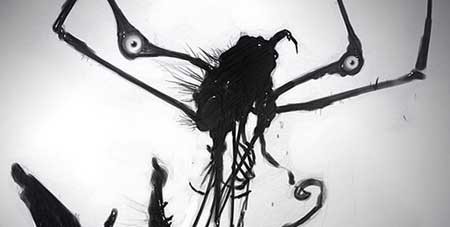 We’re working with Bryan Bertino right now. Bryan Bertino directed a great movie called “The Strangers” a few years back with Liv Tyler. I have a number of scripts, I’ve been spending the last fifteen years writing and rewriting and I have a number of projects. It’s just a question of putting them together and getting the funding for them and moving forward. The next one will be a more a forward looking, a little bit more personal for me, rather than the love letter homage backward looking movie. It will be something that will be a forward looking movie.