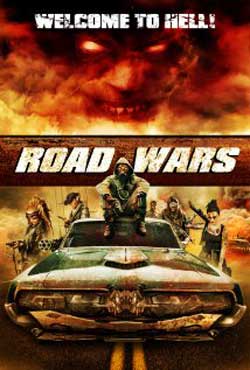 When an amnesiac wakes up in a post apocalyptic world ravaged by a rabies type virus, he must band together with a small group of survivors.

The Asylum is a company that burst onto the scene in the mid-2000s as a driving force in mockbuster cinema. Their output has been dependent upon knockoffs of well-known movies. From 2006’s Snakes on a Train up to the more recent Android Cop from 2014, they have been taking blockbuster movies and producing their own low budget versions for a quick buck. They have produced other movies as well. The most popular movies to come from The Asylum are the successful Sharknado franchise, which isn’t based on any mainstream movie. Yet, the mockbusters are still the backbone of the company.

This year saw the release of Road Wars, a play on the movie Mad Max: Fury Road. The name seems more derivative of The Road Warrior than the newest installment in the franchise. Road Wars depicts a futuristic wasteland reminiscent of that in the source franchise. A group of survivors led by Dallas (John Freeman) discovers a man named Thorne (Cole Parker) in the desert. With his help, they attempt to survive hordes of zombies because why wouldn’t there be zombies. Also in the desert wilderness are other, crueler groups of people. To add a little more depth to the story, Nakada (Chloe Farnworth) is dealing with the loss of her partner Kevin (Phillip Andre Botello) who has been infected with the zombie virus. There are twists and turns, but that about covers the story. 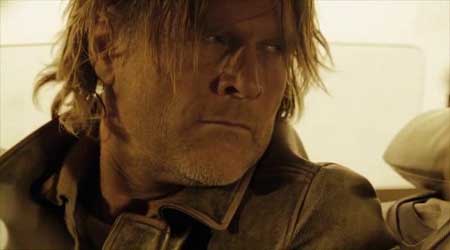 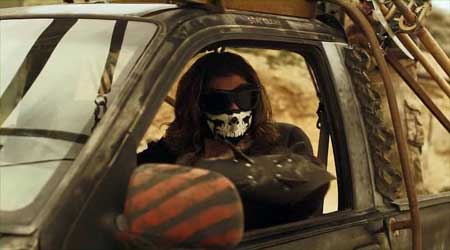 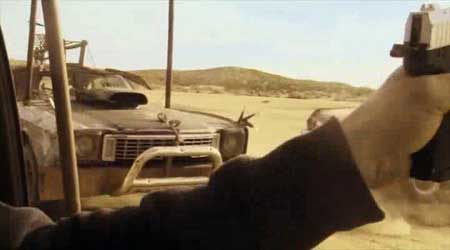 Having seen a good number of movies produced by The Asylum, I want to begin by comparing the quality of Road Wars to their other films. The company has slowly but surely been improving their output over the decade in which they have come to prominence. What began as a clear attempt to make money off of the success of others has blossomed into a semi-creative source of entertainment. Sure, there are still some movies by The Asylum that stink, but as a whole, the quality of the writing and the performances in the movies have followed an overall upward trajectory. Road Wars is part of this upward trend in the studio’s quality, though perhaps not the best. It has a stronger story than most movies from The Asylum, and for a bunch of relatively unknown actors, the performances are decent.

Even taken outside of the context of The Asylum, Road Wars ended up being an interesting, albeit not great movie. It took two core concepts from the Mad Max movies. First was the post-apocalyptic setting, complemented by the look. It looks like a lesser version of the Mad Max: Fury Road aesthetic. Cars that look both rundown and refurbished with weaponry. People with futuristic punk looks in a world that never got to be futuristic in any other way. Stuff like that was taken from the source movies. Secondly, the main character had a British accent, much like Mel Gibson had an Australian accent. He was the only character that I can think of who didn’t have an American accent in Road Wars. There was absolutely no reason for a British man to be in what seems like a post-apocalyptic United States of America other than that the filmmakers wanted to allude to the Mad Max films being foreign films in the English language. 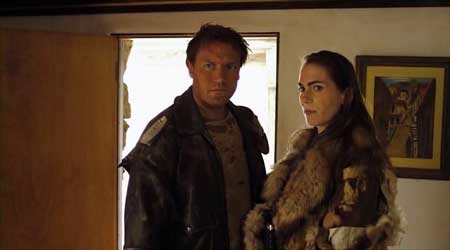 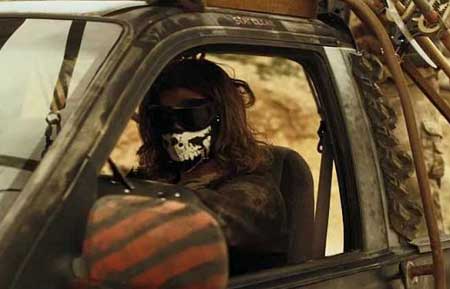 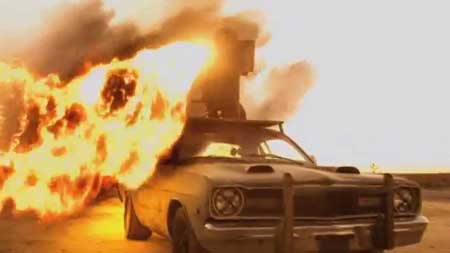 My biggest gripe when thinking about Road Wars is the ending. Director and writer Mark Atkins has written two other movies produced by The Asylum that I have seen: Battle of Los Angeles and Android Cop. Each of the three movies shares a twist near the end. The twist is so similar in all three movies that when I reached the reveal in Road Wars, I immediately checked to see if it was the same writer. Seeing the same twist in three different Mark Atkins movies feels needlessly uninspired. A little more thought could have been put into the story to keep it from feeling like a rehash of Atkins’s older material. What hurts it even more is that the twist was pulled off much better in one of the previous iterations. Not only was the twist a retread of previous material, but it was a lesser copy of the twist.

In terms of movies by The Asylum, Road Wars probably falls into the top half in terms of quality. That doesn’t make it a good movie, however. The acting is passable, the story is okay if not influenced by other, older Asylum movies, and there’s a nice little sequence set well to music when the group stumbles upon Thorne. But there are problems with the story being very derivative, from the mockbuster angle to the zombies and the twist. It could make for a good drinking movie, and is worth it for fans of mockbusters, The Asylum, or direct-to-video movies. Perhaps not the top of the top in any of those descriptors, I wouldn’t recommend it to anyone looking for something good to enjoy. But it’s not that bad. You could find much worse to watch.