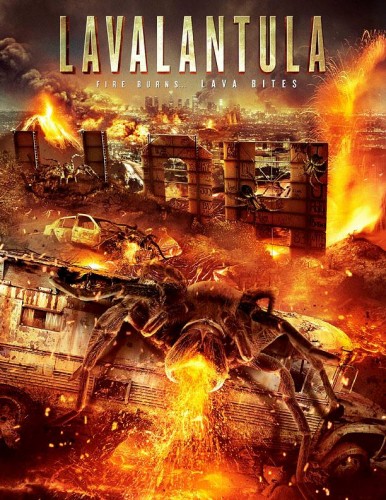 A movie for movie lovers. Steve Guttenberg plays Colton West, a washed up action star who seems to be a cross of Bruce Willis and Liam Neeson. He leaves the set of a movie he’s doing and things don’t go the way he planned. A Volcanic eruption unleashes angry lava breathing tarantulas or Lavalantulas.

All Colton wanted to do was get back and take his son to a baseball game. When his son realizes he’s not going to make it he leaves to hang out with some friends. And his wife is pretty pissed and all by herself. So there are 3 separate stories happening all at the same time. My favorite storyline obviously was Coltons storyline. He hijacks a Hollywood tour bus and makes friends with Patrick Renna’s character. I was bummed he didn’t say “You’re killing me smalls” or something like that. Though they did have a reference to The Blue Oyster not existing anymore. I love seeing references to films I grew up loving. 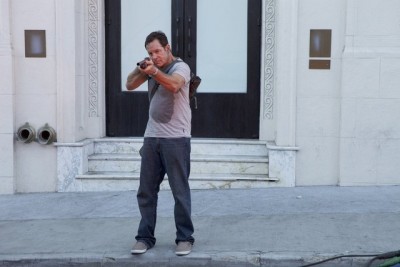 The son and mother story lines are okay but other than the fact that Colton had to save them was the only reason I was at all interested. Nia Peeples is an excellent actress don’t get me wrong but the writing of her and her son felt just like filler. If both had them had died I wouldn’t have been sad. Though a scene with 3 of the kids had one jump scare that actually startled me.

Let’s talk about the cameos… Police Academy alumni Michael Winslow and Marion Ramsey have a good part as Colton’s friends from the film crew. Michael Winslow is most known for “Motormouth Jones” the character who did a ton of voices and special FX sounds. It worked really well for the Police Academy series but here to me it, it started to annoy me. 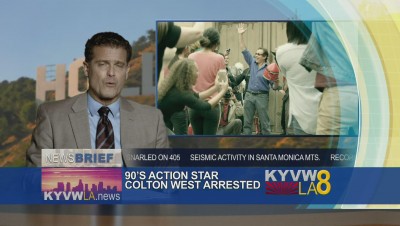 Leslie Easterbrook from the Police Academy movies plays a neighbor that Colton’s wife had to check on. Small but fun cameo. Lastly the cameo that I loved the most was seeing Ian Ziering from Sharknado. However SyFy ruined that cameo because they already showed it in all the previews. Next time SyFy don’t ruin a cameo I shouldn’t have been expecting to see. 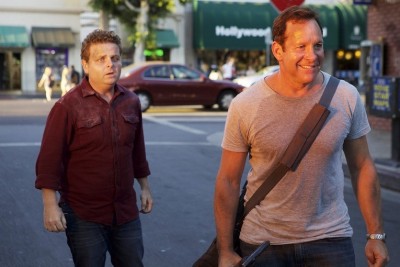 The Special FX and spiders were a lot of fun. They looked really good. Not even cheesy at all. Especially the biggest one. Directed by Mike Mendez who directed “Big Ass Spider” so who else would be the perfect person to handle a film about giant spiders. 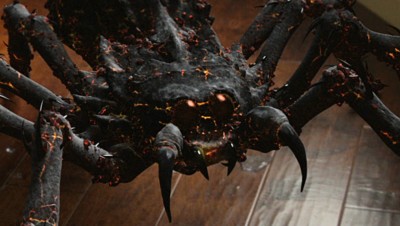 Overall I had a blast watching this movie and I look forward to owning it on DVD someday. And I just heard they are greenlit for a sequel. Looking forward to Lavalantula 2! 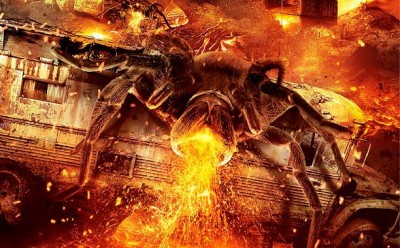