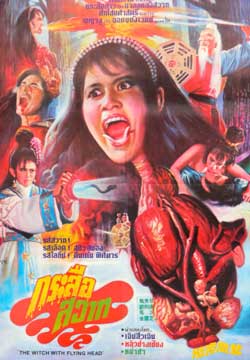 Yu Chun and her two loyal servants are deep in prayer when an evil sorcerer appears. He puts a curse on her, which causes her head to periodically detach from her body, fly through the air and attack those around her. Attempts at exorcism and removal of the sorcerer’s poison are unsuccessful, and Yu Chun is forced to live with the knowledge that once a month her head will take on a life of its own and wreak havoc. Years later, another meeting with the sorcerer offers a chance to break the curse once and for all.

The wild supernatural concept underpinning The Witch with Flying Head (sic) has its roots in Southeast Asian folklore. Through the use of black magic, a woman’s head can be made to detach itself and take flight – with its spinal column and entrails still attached. In the West, the most well-known film incorporating this legend is the Indonesian film Mystics in Bali (1981). The Taiwanese production The Witch with Flying Head was released around the same time, although it is rumored to have been shot several years earlier. 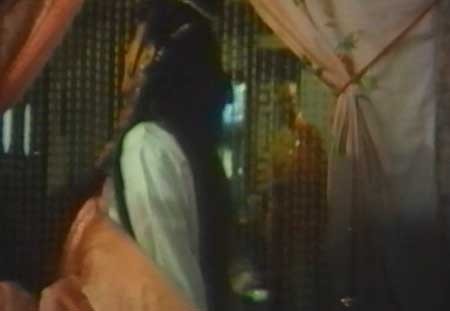 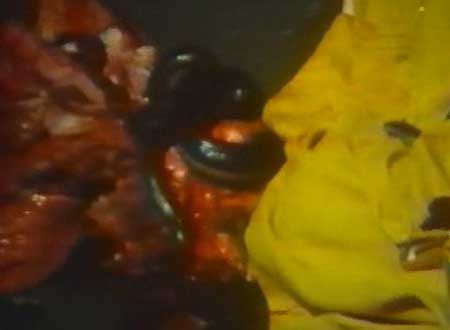 As soon as the film starts, with its snake-vomiting wizardry, demonic possession and levitating head, you could be forgiven for thinking that, say, the illustrious Hong Kong studio of the Shaw Brothers were bankrolling the show. The Witch with Flying Head is actually the product of a much smaller studio, although the crude special effects and outlandish scenarios retain a strong sense of familiarity.

Unfortunately, a decent print with accurate subtitles remains unavailable; at this point in time most viewers are likely to have to deal with a scratchy print, distorted sound, a cropped image and truncated subtitles (whose molestation of the English language inevitably adds to the fun). This will, of course, deter few enthusiasts of supernatural/chop-socky fantasy/horror – which probably includes you, if you’re still here. 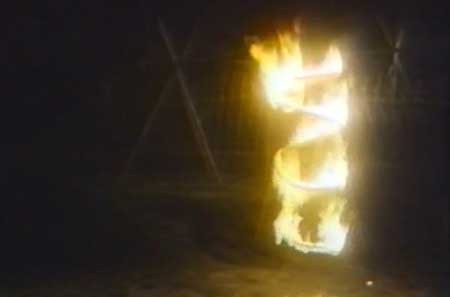 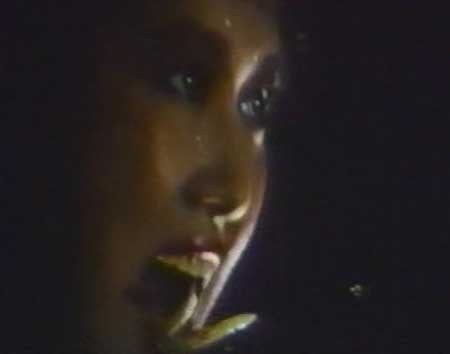 The fanged flying head, with its beating heart and trail of digestive organs, is almost enough to sell the movie on its own – although the grotesque sight of it is obviously not enough to turn off the saucy sorcerer, who tries to force Yu Chun into marriage in exchange for the cure. The lurid production design adds to the evocative atmosphere of the film, with the homemade touches somehow adding to the charm. For example, we know which of the friendly monks is the master because he’s the guy with the Buddhist swastika attached to his chest – wrapped in tin foil. 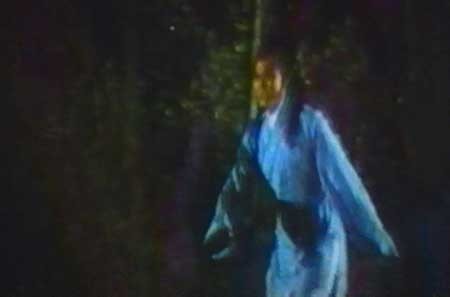 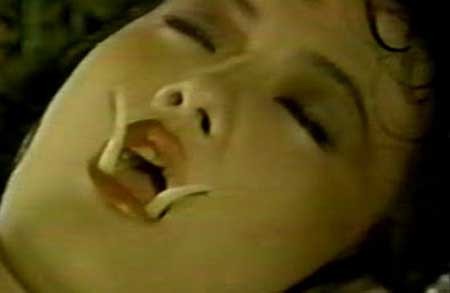 The supernatural battles are overflowing with primitive optical effects and clumsy pyrotechnics (surely it’s common knowledge that flying heads are not actually able to breathe fire), leading to a climactic showdown involving lasers, fireballs and neon frisbees. The sound effects are no less endearing, at times sounding like a climaxing theremin, while the musical soundtrack recycles pieces from various Hollywood blockbusters of the period (such as Star Trek II) alongside Gustav Holst’s “The Planets”.

The ghostly snakes, the melodramatic histrionics, the de rigueur injection of acrobatic martial arts (and let’s not forget that poor woman’s head, up to its neck in black magic and vampirism) all adds up to fifty shades of horseplay – yet it’s all played straight with more innocence than a gingerbread man. The fiendish hovering head of Dr. Hill from Re-Animator is much more widely remembered, but if two heads are indeed better than one, this witch could have been his seductive Asian mistress.