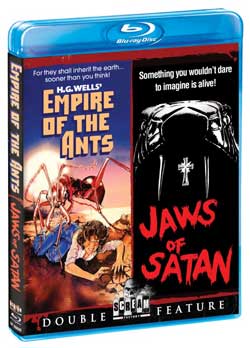 A preacher whose ancestors were cursed by Druids battles Satan, who has taken the form of a huge snake

I love the moments, as a film reviewer, when you stumble upon a fantastic surprise. Maybe one of those hidden gems that you can’t wait to tell others about. Sometimes it’s something that you weren’t particularly wanting to watch but ended up completely enthralled. Occasionally it’s a film that started off terribly but by the time you get to the one hour mark you’ve got drawn in the storyline and have lost track of time. The Jaws of Satan, sadly, is not one of those surprise moment; it laid its cards out on the table from the start and made me feel every painful second of its one hour and thirty minute running time. 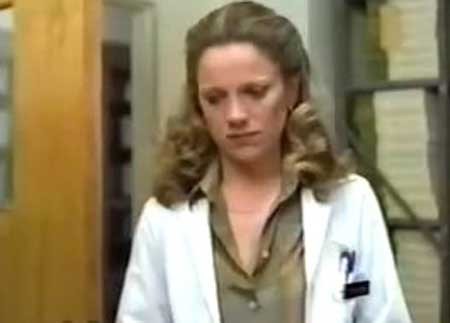 In The Jaws of Satan, directed by Bob Claver, the release of a snake by unseen forces triggers a series of inexplicable deaths which threaten to scupper the plans of a wealthy entrepreneur (Bob Hannah) and the grand opening of his dog track in an Alabama town. Meanwhile, after finding out that he may come from a cursed bloodline, Father Tom Farrow (Fritz Weaver) starts to believe that the devil himself is involved in the increasing body count. Teaming up with Dr Maggie Sheridan (Gretchen Corbett) and the renowned herpetologist Dr Paul Hendricks (Jon Korkes), Father Farrow decided to put an end to the killings and the evil that has descended on the town. 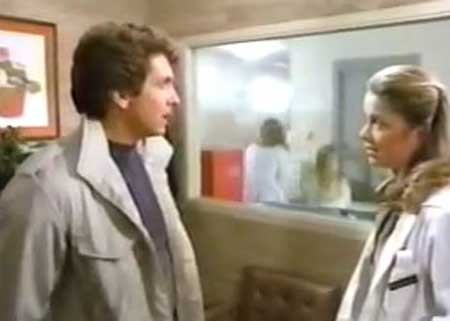 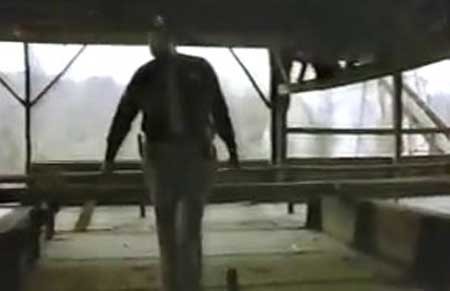 The Jaws of Satan, which is also known as King Cobra, is noted for being the acting debut of Christina Applegate and it is amazing that the female star went onto bigger and better things as she was surrounded by complete incompetency while making this movie. Firstly, the acting is beyond cheesy and the film is definitely a product of its time, with men presented as powerful and women as screaming princesses just waiting to be saved by their knight in shining armour. During the course of the movie, viewers will get to see the obligatory scene where a man slaps a women across the face to calm her down (she then apologises), the same women screaming her lungs out while laying motionlessly and making no attempt to escape from a slow moving snake and a particularly random scene where a motor bike riding thug attempts to rape our heroine at gunpoint. I could go into the possibility of not-so-hidden sexual meanings behind some of the scenes but I don’t actually think that they are intended to be in any way thought provoking and therefore are just mixed up pieces of the jigsaw puzzle that is this horribly rubbish film. 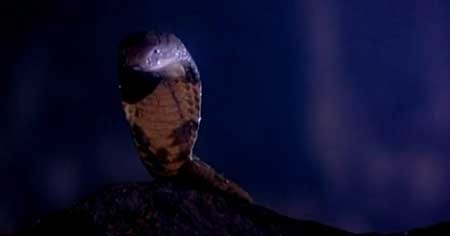 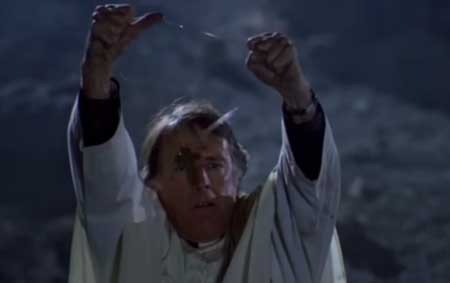 The other thing that is irritating about the movie is that it doesn’t make any attempt to make sense and thus is totally unbelievable. I know, I know, a town being terrorised by a snake possessed by Satan can’t possibly make sense and I’m taking it too seriously. Maybe I am, but it is really jarring and makes a bad film even worse. Take, for example, the scene where Maggie is pinned to the bed by the snake. Maggie makes no attempt to move but manages to telephone Paul Hendriks for help. He then manages to drive to Maggie’s house before the snake has moved the 60cm required in order to bite her ankle. This is one of many head scratching moments and, yes, it is funny to some extent but it’s also really patronising.

The special effects in The Jaws of Satan are also pretty dreadful and the film features snakes obviously behind glass when they are attacking people coupled with rubber animatronic snake heads. I am a sucker for bad effects and one particular scene where Dr Hendricks blows a snake’s head off with a gun did have me in fits of laughter and was one thing that stopped me completely hating the film. The soundtrack is also good and strangely reminded me of the original Robocop soundtrack, with its triumphant brass pieces. It gives the movie an otherworldly feel which helps to lift the atmosphere in key scenes. 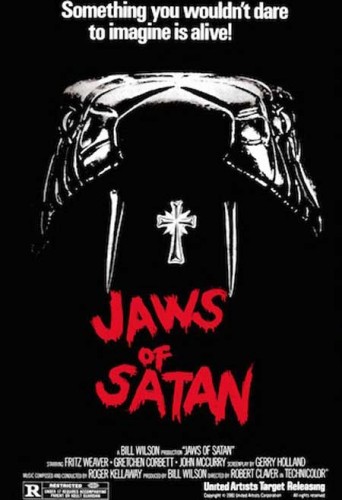 The final thing that I liked about The Jaw of Satan was that it answered my prayers. After the big finale, I found myself saying, “Please don’t have an epilogue!” repeatedly and out loud and there wasn’t. The film just ended. This sums up the film experience for me; I didn’t want it to go on any longer and was glad when it was all over. Other than a snake getting its brains blow out and some elements of the soundtrack, I really can’t recommend this film on any grounds as it is just plain awful. It has a slow start, a terrible ending, an incomprehensible middle and you all deserve better!