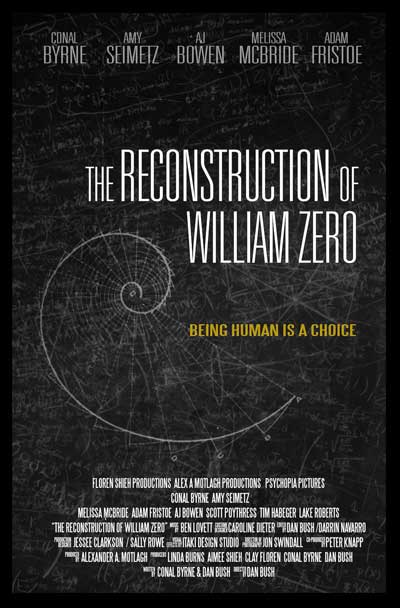 After a tragic accident, a geneticist wakes up to find he’s lost virtually all of his memory. As his twin brother helps he uncover his past, he soon discovers he may not be exactly who he’d appeared to be.

The Reconstruction of William Zero is one of those occasional films that don’t slide so easily into one specific genre. Surely there are elements of science fiction but director Dan Bush’s production is much more than that. For a considerable part William Zero can also be considered a drama, an action and of course has suspenseful and horror elements to whet the appetite of any horrornews.net fan. Kudos goes to Bush for an innovative premise that will surely unite science geeks and tear jerkers together to rejoice and salivate ravenously as the plot thickens before them. It’s not a bad date film, a little something to appeal the masculine and feminine side. I’d dare go so far as to say it may even bring some couples closer together if not for a couple hours at least. 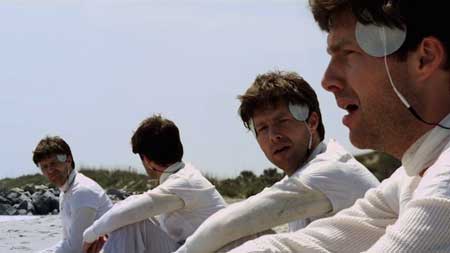 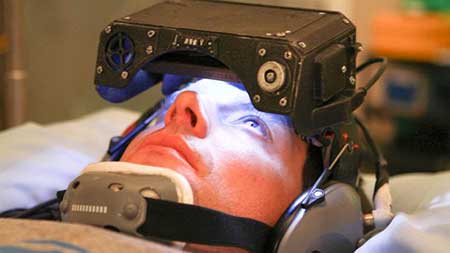 Tragedy strikes early in the picture. The most unfathomable terrors that any parent would have to face. I’ll refrain from indulging in plot spoilers. This incident seemingly sets the tone for the first act of the film. One has to question with such a stellar start did the film makers perhaps set the bar a little too high and create the remainder of the film as a tough act to follow.

An overall decent performance is given by the cast. Special nods to Conal Byrne for playing not only one but both twins (and perhaps more?) in an eerie, compelling portrayal. Fans of the Walking Dead will no question recognize Melissa McBride (or Carol) if you prefer from the runaway smash hit AMC series. This time around she plays the doting, if not sympathetic geneticist to William’s plight. Her screen time however is brief and I can’t help but ponder if a deeper involvement would bring more to the table in this production.

As previously mentioned the plot’s execution begins to fall somewhat flat. It’s difficult to decipher what twin is who and things quickly become a little murky. The mystique is a novelty at first and a bit of a thinker as it becomes all-consuming. Too much time is invested into processing information and a great deal of potential plot development is lost in impact. Viewers much like myself that may be guilty now and again of a short attention span may sadly abandon the viewing experience without really giving it a fair shake. The payoff is descent, but it’s a matter of arriving there with all your mental faculties in place.

From a cinematography perspective many of the interior shots capture a moody, dark and foreboding atmosphere. Again the initial scenes appear to be a most creepy prelude to something sinister and special. As William recalls memories from his twin’s past a sense of despair is captured effectively and arguably the director could have run with this a little more effectively without engaging in unusual espionage like action that follows.

The action sequences however are dialed up a notch. Some brutality ensues to compel the gore fanatics in each of us. The average viewer will fixate upon the carnage and evil that lingers within and could be at the turn of virtually any corner. We question not the authenticity of the unbalance within William, it’s simply unfortunate at a certain rate we’re no longer sure who William is. 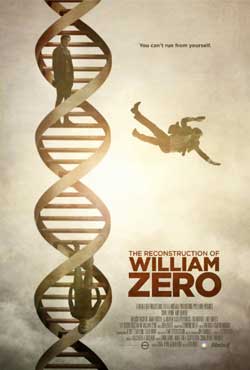 Once again the plot seems to drag on a little too much and will inevitably frustrate many audiences. If the duration was trimmed back ever so slightly by say ten to fifteen minutes The Reconstruction of William Zero may have been a different picture altogether and pack much more impact. The lapsed time tips the scales at somewhere around the two hour mark but isn’t a requirement in this case.

Perhaps most notably as a redeeming aspect, there are some monumental scenes between William and his estranged, grieving wife. They convey a sense of tenderness and endearment that is unprecedented. I’m hard pressed to know of any movie fans that won’t be a little moved at their emotion for one another.

Overall The Reconstruction of William Zero had an intriguing premise but regrettably falls in a little short in terms of execution. There is definitely a market towards a targeted audience but not really for everyone.