The park is open! JURASSIC WORLD conquers the global box office breaking records all around. The Grue-crew chime in with their review of this monster hit. The film is director by Colin Trevorrow featuring Chris Pratt, Bryce Dallas Howard, Vincent D’Onofrio, Ty Simpkins, Irrfan Khan, Nick Robinson and Jake Johnson.

Dave dishes a new plate of HORROR NEWS OF THE WEEK with the sad news about the passing of Sir Christopher Lee, Michael Myers will be back in Halloween Returns and AMC unveils their streaming service Shudder. Vixen, Thomas and Doc dive into the Season 5 finale of Game of Throne in the What Have You Been Watching segment.

Co-hosts Doc Rotten, Santos (The Black Saint) Ellin Jr., Dave Dreher, Thomas Mariani and Vixen, the voice of reason, are back again this week to give you the best in horror as they recap, review and obliterate all that is horror this week! Doc announces the latest contest as HNR teams up with Diabolique Magazine for a subscription giveaway to their “Premiere Horror Genre Magazine.” 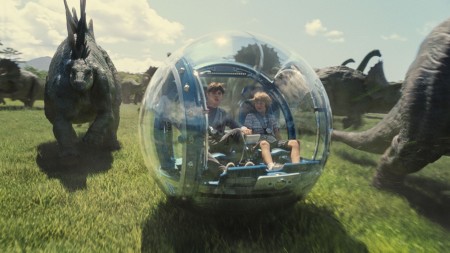 Destroying the international box office with a monster take over $500 millions, JURASSIC WORLD over took the highest weekend box office gross from AVENGERS: AGE OF ULTRON. The review of the film is surprisingly mixed with Thomas and Santos scratching their heads at the film’s stupidity while Vixen, Dave and Doc are all about the dino-action. 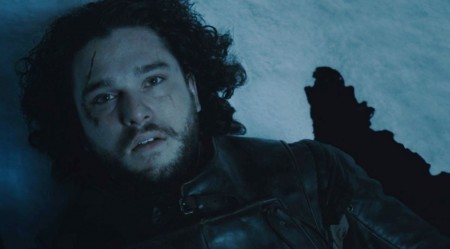 What Have You Been Watching: Game of Thrones Season 5 finale

You know nothing Jon Snow, but damn. Surprising deaths, the excruciating “shaming” of Cersei and a finale full of surprises and shocks, season 5 of Game of Thrones racks up another controversial ending full of cliffhangers. Thomas, Vixen and Doc give their thoughts on the season and share their astonishment of the insane white walker scene. Oh, yeah, and there were some dragons. 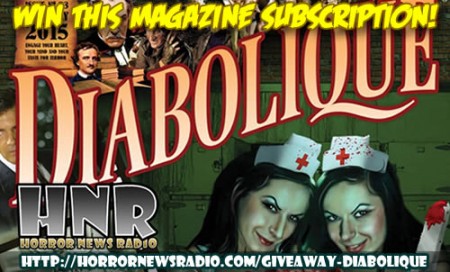 Horror News Radio is teaming up with our good friends at Diabolique Magazine to giveaway a 6 month subscription to their “Premiere Horror Genre Magazine.” This is a unique opportunity to check out this insightful and class-act horror magazine. You will be glad you did! The entry deadline is Midnight (EST) July 5, 2015 and is open to US addresses only. It costs you nothing, so don’t miss this golden opportunity to win A FREE 6 month subscription to Diabolique Magazine. Enter today!

Dave shares the Horror News of the Week with news of the passing of Sir Christopher Lee. A legend. An Icon. The end of an era. Christopher Lee will forever be horror royalty responsible for giving genre fans Count Dracula, the Frankenstein monster, Count Dooku, Saruman, Scaramanga and Lord Summerisle – just a few choice roles in over 275 films. The Grue-crew fondly remember and honor a true genre hero. Michael Myers is set to return to the big screen with Halloween Returns directed by Marcus Dunstan. The “Expendables” concept moves to horror with Death House featuring Robert Englund, Gunnar Hansen, Kane Hodder, Bill Moseley, Doug Bradly, Barbara Crampton and so many more. Warner Brothers is releasing four Hammer films on Blu Ray with Taste the Blood of Dracula,Frankenstein Must Be Destroyed, The Mummy, and Dracula Has Risen From the Grave. Wrapping up the news, AMC is unveiling their genre based streaming service, Shudder. 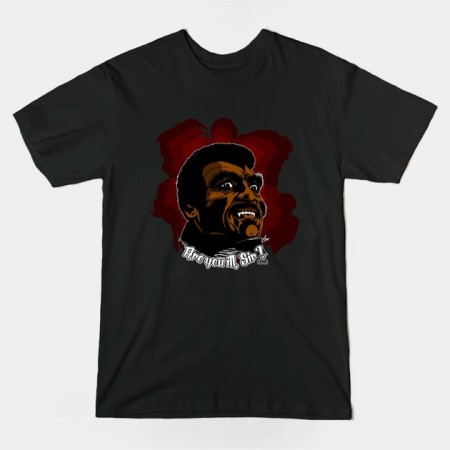 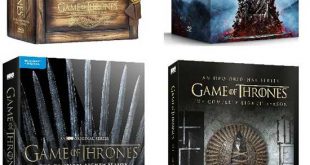