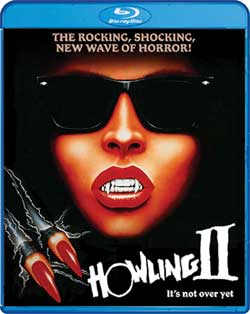 A young man whose sister was murdered by werewolves helps an investigator track down a gang of the monsters through the United States and Europe.

Howling II: Your Sister Is a Werewolf is one of many werewolf-themed ‘horror’ films released during the eighties. The original title was Howling II: Stirba – Werewolf Bitch… For some of you, this says everything you need to know, but we’re going to dig a little deeper. 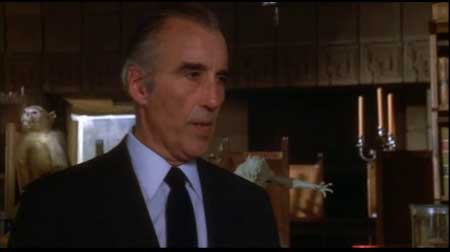 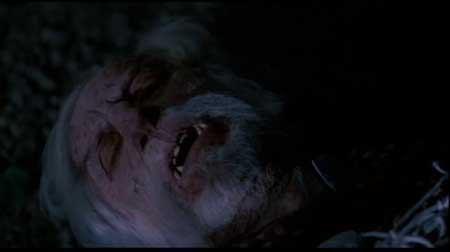 This film is the first of many sequels to Howling, but it’s the only one which follows on from the plot of the original film. It begins with the funeral of Karen White, a young woman who was killed at the end of the first film. And who (or what) was responsible for her death? Werewolves, of course. Very common in Los Angeles.

At the funeral, her brother, Ben (Reb Brown) is confronted by one Stefan Crosscoe, played by (the now late) Christopher Lee, who informs him that his sister was, in fact, a werewolf. Or, as we are led to believe by one brief insert, still is. After some convincing, Ben, along with his deceased sister’s cardboard cut-out friend, Jenny (Annie McEnroe, who you may recognise as the pesky realtor from Beetlejuice), decide to travel with Crosscoe to Transylvania. There, they hope to destroy Stirba, the queen of the werewolves (played by Sybil Danning, coincidentally the queen of B-movies) before she is able to regain her full power. 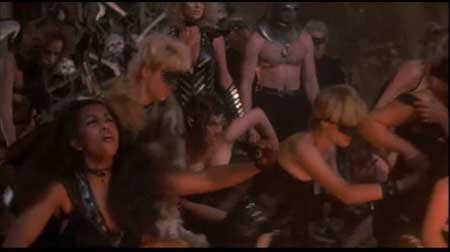 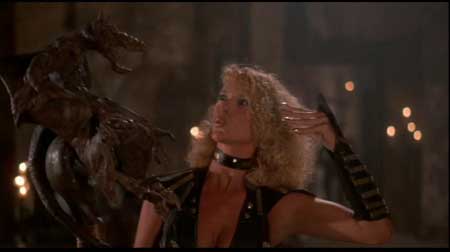 There are quite a few plot holes – one in particular really bothered me. Crosscoe explains to Ben and Annie that Karen was shot with a silver bullet, which was subsequently removed during the autopsy. As such, she is no longer ‘dead’. It’s clear from the insert after Karen’s funeral that she has been buried alive, but it’s never mentioned again. We can only assume that once Stirba meets her demise, Karen is able to rest in peace, though this is never made clear.

Howling II contains some pretty bizarre scenes, from the explosion of a dwarf’s eye to a trio of werewolves – or just some unfortunately hairy individuals – having sex. It seems that the latter is one of the major aspects of the werewolves reverting to their primal state and thus reaching their full potential. I assume that it’s supposed to feel sexy and scary all at one, but most of the nudity in the film is just unintentionally amusing. 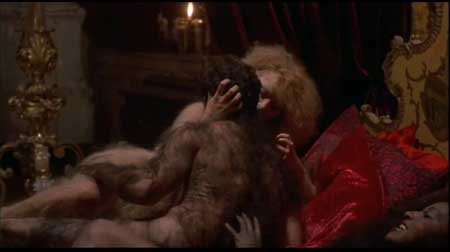 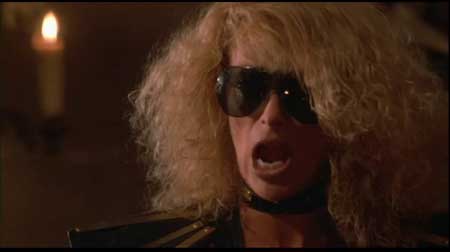 The acting talents of Christopher Lee far surpass any of the other cast members, but even this doesn’t make up for the terrible writing. It’s easy to tell from his delivery that he regrets the role, so I can only imagine that they must have offered him a lot of money. He’s since described it as a ‘personal embarrassment’ – in fact, when cast for Gremlins 2: The Batch, Lee’s first course of action was to apologise profusely to director Joe Dante, who was at the helm of the original Howling.

One of the weirdest things about this film is the editing. Some moments are cut in so quickly that it’s impossible to tell what’s happening, and a host of bizarre transitions are used. Scenes are re-used over and over again, and some footage from the original Howling recycled unashamedly. It’s obvious that the production team (presumably a group of teenage boys) were of the opinion that the highlight of the entire film was the two-second clip of Danning removing her shirt – it is, after all, repeated multiple times during the end credits. And the music… I won’t go into that. It’s for the best. But, suffice to say, it’s no better than the rest of the film.

While the idea of an all-powerful werewolf with the ability to take over the world is an interesting concept, the writers of the film neglected to take full advantage of it. Instead, Howling II comes across as 90 minutes of soft-core werewolf P*rnography spliced with awkward fight scenes and a sad looking Christopher Lee. If you’re looking for a film with a captivating story and relatable characters, I’d give this one a wide berth. Otherwise, Howling II is worth watching, if only for a laugh.

Howling II: Your Sister Is a Werewolf is available from Shout Factory on bluray