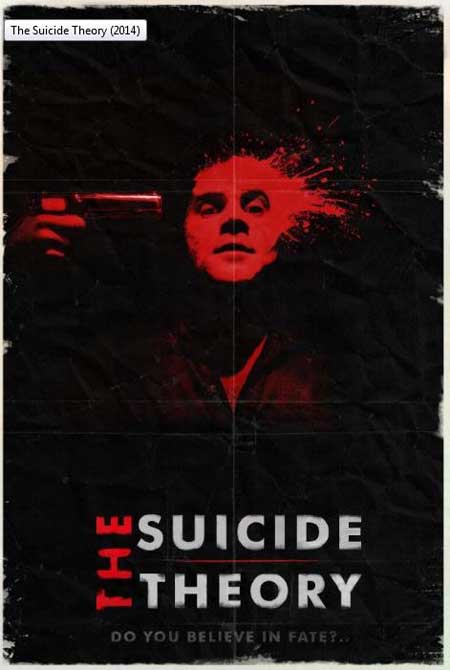 A suicidal man hires a demented killer to assist him in suicide, but for some reason, miraculously survives each attempt on his life.

Steven Ray (Steve Mouzakis), the lead character of Aussie thriller The Suicide Theory, is a violent man. A very violent man. In the film’s opening scene, he beats a man to a pulp for merely pushing in front of him at a convenience store. He hates everyone and everything. Which is probably why he does good a good as a hitman. No empathy, no problem. However, beneath his sinewy rage and nihilism there is a troubled center, which stems from a personal tragedy. A troubled center that manifests into seizures and a fear of crossing the road.

Into his life walks Percival (Leon Cain), a lonely artist with one request. Percival wants Steven to kill him when he least expects it. But there’s a catch, Steven needs to be sure that upon execution, Percival really doesn’t want to die. With his face an ordnance map of scars and disfigurements, this strange man believes he is cursed and cannot die. Having tried several times now to snuff out his own candle, Percival has realized that he is doomed to walk the planet in a constant state of depression. Catching him off guard is the key. If he was ever to be content, then he might just be able to die. Despite his skepticism, Steven takes him up on his offer and promptly puts a few slugs in his chest. Several days later, they meet in a bar to allow Percival to explain once again that he cannot die.

Having set our principal players up, The Suicide Theory ventures down dark paths as the two men begin to build a weird relationship based upon the ideals of one having to kill the other. As both of them struggling to work out how to make Percival go bye-bye, Steven finds himself opening up to Percival and vice versa. They’ve both experienced indescribable personal tragedy and this is more than just simple coincidence to Percival, who believes everything is connected. The interconnectedness of things becomes a major theme of the film, as Steven begins to believe Percival’s hype and ruminates on the possibility that he’s destined for something better in life. Performing two acts of vigilantism, and the experiencing the warm feeling that comes with, spur him on further.

There’s a black humor that permeates in some scenes. Having decided, for example, that Percival misses his dead boyfriend, Steven believes helping him get his leg over maybe the key. Cut to Percival in a post-coital slumber with Steven stood over him clutching a pillow. Yes, it’s a macabre laugh but it’s a good one.

There’s also glee to be taken from Percival being put through the wringer as Steven tries and fails to end his existence on this planet. All of this amounts to a nothing more than ruse as The Suicide Theory’s heady voyeurism comes crashing to earth and the two men realize their true purpose in life in a resolution that hits like a punch to the stomach. Once recovered from that, the film continues to pummel its audience into submission. If you didn’t think a film as twisted as this could make you cry, then you’re just not watching the right films. 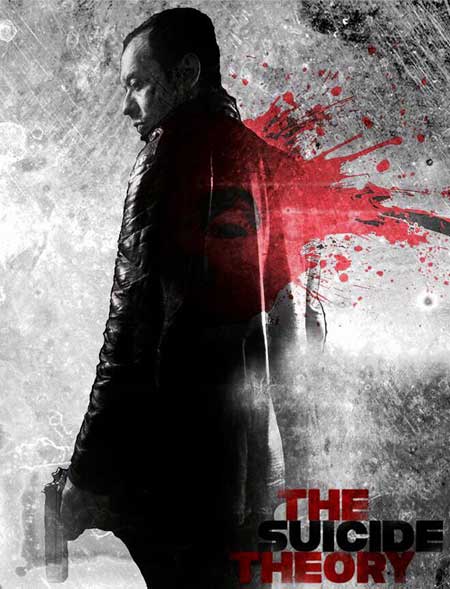 Outside of the kitchen sink dramas and films about killer bogans, Australia doesn’t get enough credit for its cinematic output. Directed by Dru Brown (Sleeper) and written by Michael J. Kospiah (The Dead Guy in the Trunk), The Suicide Theory is a sterling example of imaginative independent cinema that comes out that fine country. Kospiah’s screenplay is unbelievably smart and original, whilst Brown gives the film a neo-noir tinge that distance itself from its Queensland origins, allowing it feel like it could be happening anywhere in the world. Both Cain and Mouzakis excel in their performances as two fractured people lost in the tide of tragedy that washes through their city.

A startlingly bold piece of work, The Suicide Theory will worm its way into your conscious, set up camp and never leave. Simply put, get this film in your life.