“You have a very good butcher.” – Guest at party. “I do indeed” – Hannibal Lecter. The trailer for Season 3 highlights dozens of chilling and exciting moments from the upcoming and much anticipated 3rd season of the mega-hit NBC series, HANNIBAL. Thomas Mariani, Dave Dreher, Christipher G. Moore and Doc Rotten gather to begin a two part countdown building up to covering and reviewing the show when it premieres on June 4, 2015.

The season 2 finale leaves Will Graham, Jack Crawford, Alana Bloom and surprise house-guest Abigail Hobbs in dire straights as Hannibal Lecter darts off to France with Dr. Bedelia Du Maurier. There is blood, so much blood with every cast member cut and bleeding or left on the front walk after being thrown from the second story window. Thomas, Dave, Christopher and Doc speculate on where the characters will end up and how they will change. They take a look at the returning cast and the new cast joining the show. They dive into what is behind splitting the season up – at least in its titles -between Italian cuisine and the painting of The Red Dragon. Oh, yeah, Francis Dolarhyde is coming. Christopher also offers part one of his review of the Titan publication The Art and Making of Hannibal. It is time to get excited, season 3 begins June 4.

This season, HORROR NEWS TV is adding a very special feature to the HANNIBAL FAN PODCAST – a feature we are confident you will enjoy. Hannibal themed promotional Giveaways! Yes, exciting books, shirts, prints and prizes you can enter to win each and every episode. For the two Countdown episodes and Season 3 Episode 1 HNTV is providing the opportunity to take home a copy the Titan publication The Art and Making of Hannibal. 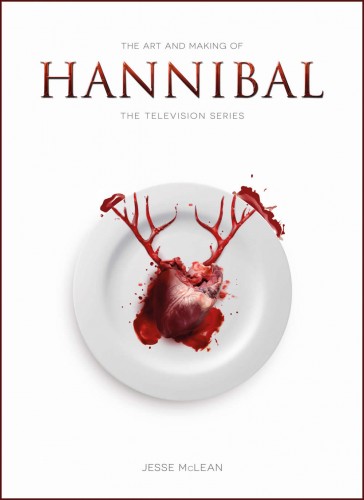 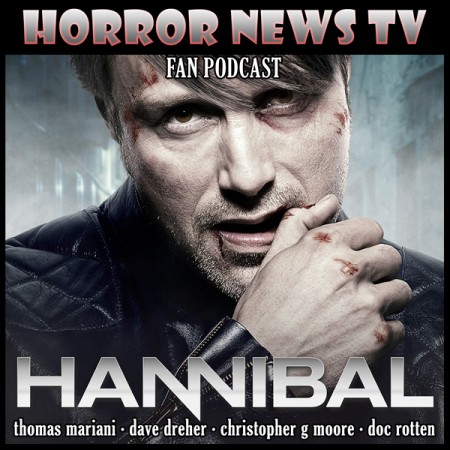