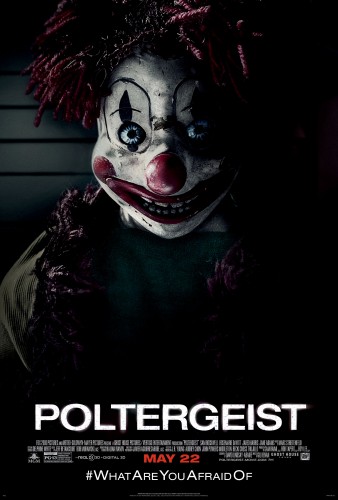 A family whose suburban home is haunted by evil forces must come together to rescue their youngest daughter after the apparitions take her captive.

It’s heeeere! Never mind the fact that it’s completely unnecessary, the remake of Poltergeist is now upon us. As soon as this was announced some years ago, I was completely against the idea of remaking one of the best examples of a horror film that Hollywood has ever produced. Hollywood has the unfortunate habit of dusting off classic films (especially horror films) and making them all pretty with newfangled EFX, rather than look for new, original ideas for films, and I suppose it was just a matter of time before Poltergeist came up to bat. But the glut of remakes over the past decade has only produced a couple of decent films that can be compared to their original counterparts. Is this new, updated Poltergeist ready to be added to that (extremely short) list?

As the film begins, Eric Bowen (Sam Rockwell) and his family are moving into a new home. We then meet his entire family as they begin to explore their new surroundings: his wife, Amy (Rosemarie DeWitt), Teen daughter, Kendra (Saxon Sharbino), young son, Griffin (Kyle Catlett) and youngest daughter Madison (Kennedi Clements). David Lindsay-Abaire’s script glosses over their introduction, but we do get a fairly good idea of the family dynamic. The family is going through a financial bind, with Eric having been laid off of his job and his wife an unsuccessful writer, so the house they’re moving in is a smaller one than the one they previously lived in. It’s also located on land that once was home to a cemetery, and (as in the previous film), the real estate developers moved the headstones from off of the land – but not the bodies. And, as in the first film, restless spirits make contact with young Madison – and end up kidnapping her hoping to utilize her innocence in order to help them escape the hell they currently reside in.

Once Madison is gone, the family enlists the help of Dr. Brooke Powell (Jane Adams) & her young team of parapsychologists. Once they do a thorough investigation, she suggests they need assistance from famed television ghost hunter, Carrigan Burke (Jared Harris). Burke immediately diagnoses the problem and together with Dr. Powell & the Bowen’s, devises a plan to rescue Madison from the spirits that are imprisoning her. Although it’s immediately apparent that Burke is something of a hardass, he does have a twinkle in his eye, and does develop a relationship with the Bowen children. Harris also does a good job in realizing that the character of Burke can’t hold a candle to the original film’s psychic, Tangina (Zelda Rubinstein), so he takes the character in another direction. All of the actors do a workmanlike job here, but I got the sensation that Sharbino’s take on Kendra was a bit disaffected from the rest of the cast, as she never really seems to upset over everything that’s going on. Rockwell adds a nice dollop of resoluteness, but his level of angst over the fact that his daughter has been kidnapped by evil spirits seems to change from scene to scene. Sometimes he’s really upset over it, and sometimes he treats it as if its nothing more than a minor hiccup. The script adds a twist to the relationship between Burke & Powell that might’ve been more fun had it expanded on it just a bit, but its treated as a toss away plot thread for the most part (save for a quick stinger at the end). 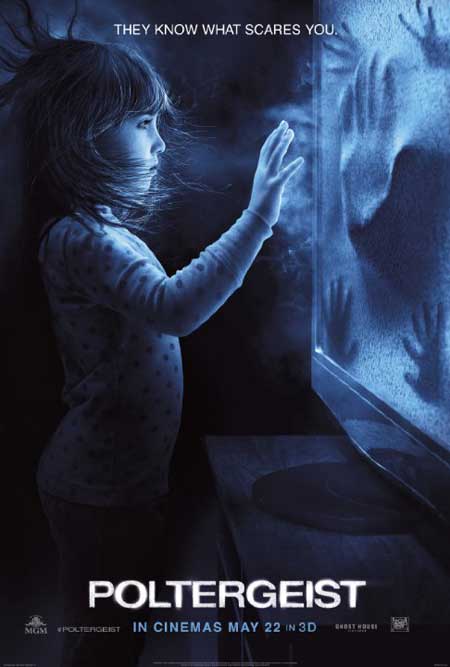 Director Gil Kenan has a great eye for visuals, and as soon as the family begins to settle into their new digs, his camera begins to snake around the home. As it slinks about, he reveals some of the nondescript items in the home that later reveal themselves to be quite malicious. He makes all of them feel just as creepy as they eventually end up becoming, and all of the old favorites from the original film are here including the evil tree and the really evil clown doll. He does an especially delicious job of introducing the clown (actually it starts with an entire box of clown dolls here), having them loudly run across Griffin’s floor, and suddenly stopping when he looks at them. Just as in the original, the clowns are the scariest thing in the film. Kenan directed the animated Monster House (2006), and as Poltergeist moves forward, the similarities between the two films become more & more apparent (Kenan really knows his way around a haunted house). And when the spirits make their appearance, he really amps up the “Ick” factor in the film, making them look as if they’re covered in a sort of viscous slime – always crawling out of it with their fingers reaching out to grab something…or someone. They’re far more chill inducing than anything that we saw in the original film. 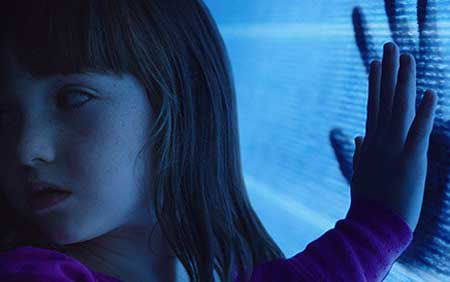 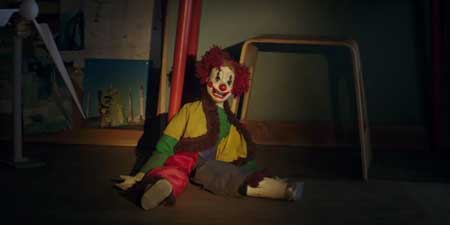 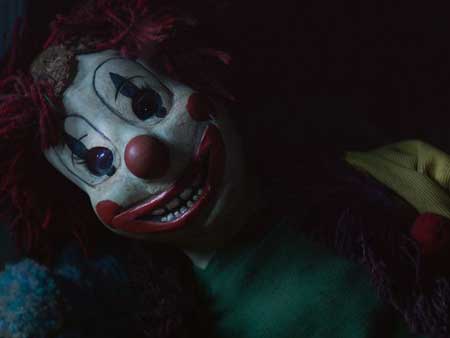 But none of that means that this is an especially better film than the original either. Whether it was directed by credited director Tobe Hooper or (as rumored) by producer (& Hollywood royalty) Steven Spielberg, the fact remains that the original Poltergeist is a near perfect example of thrills, chills & heart. I re-watched it a few weeks ago and was just as entertained as I was when I first watched it way back in 1982. This new version has very little of the charm & (dare I say) soul of the original film. I felt like I was a member of the family when I watched the original film, I had no such sensations as I watched this film. And although the EFX work here on the remake is first class, somehow they still feel somewhat wanting when compared to the original, but that might just be a case of fond reminiscence on my part. One thing that might not work for everyone (although it sorta worked for me), is the brief running time of the film. Although listed at 93 minutes, it felt more like 80-85 minutes to me. And while I appreciated the idea behind a Summer blockbuster film clocking in at under 120 – 140 minutes, I will admit to thinking the movie ended way too quickly, and it is in fact, 20 minutes shorter than the original film. The entire 3rd act, when the search for Madison takes place, goes by so quickly that I’m pretty sure that there was some studio tampering with the final cut of this one. 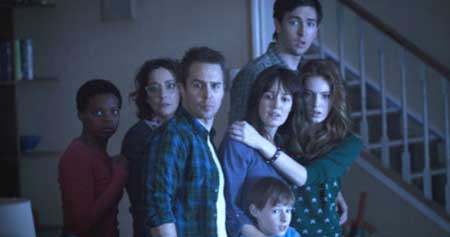 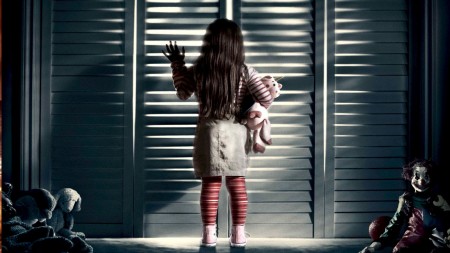 Amazingly enough, that doesn’t kill the film. As a matter of fact, I found myself enjoying this new version of Poltergeist a whole lot more than I expected to. It’s nowhere near as scary as the original film was, and it lacks the emotional content of the original as well. But when all was said and done, I can’t say I didn’t have a good time watching it.