Ghost stories were my first introduction to all things spooky and scary – M R James stories (and their television adaptations) used to keep me awake at night, straining my eyes to see spooky patterns in the curtains or wallpaper that were almost definitely ghosts. Ghosts are terrifying for so many reasons: They are often intangible so cannot be physically fought off like your regular old psychopath or monster; they often appear in your home where you would expect to feel safest; you cannot out run a ghost – they are everywhere and nowhere and can generally appear whenever and wherever they like. There is also no tried and tested way of getting rid of a ghost – not like werewolves or vampires (I’ve been re-watching Buffy The Vampire Slayer and have vamps on the brain) where old dusty volumes of mystical lore will tell you all you need to know. Before we delve in to it, however, I’d like to give an honourable mention to The Ghost of Christmas Future in The Muppet’s Christmas Carol. That stuff is intense and definitely not suitable for children (and by children, I mean me). I would also give a slightly lesser honourable mention to Ghost Face of Scream (1996 – 2011) because it made me chuckle to myself while thinking up this list – Like Willow Rosenberg says, I have my own fun.

No. No more Buffy.

Here we go. Ghosts. In no particular order.

Is Kayako too obvious to have on this list? Is this overly predictable? Well, too bad, because she is creepy as hell. Vengeful for her brutal murder, she makes everyone understandably afraid of washing their hair lest they find rogue ghost hands emerging from their scalp. Her unnatural movements make us cringe; add to that her rasping, choking, wordless voice and you’ve got a real treat for the senses. It also epitomises being in the wrong place at the wrong time – Kayako doesn’t seem to care whether you were the one who wronged her. You’re in her house, you’ve got to go.

So I’m going to put this out there right now – I am not a big fan of this movie. I have read the book multiple times and been lucky enough to see the play, but the film is just too different for me to enjoy. However (and this is a big however) the woman in black herself is timelessly terrifying. It doesn’t matter what medium she appears in – page, stage, screen – she is still completely and utterly chilling. She is inescapable, even after you leave the house, and the idea that she is not coming after you, but your children, is probably what makes her so horrifying. Her completely understated Victorian costume harks back to a good old fashioned classic ghost story and that’s pretty unbeatable.

Why are children in horror movies always so particularly terrifying? This question probably warrants further research but, for now, let’s just accept that as soon as we see a wide eyed but aware looking child, or hear them (God forbid) sing an ominous nursery rhyme, we know something bad is going to happen. There are several ghosts to choose from in The Shining but, for some reason, the twins stand out – yes, even more than the woman in the bathtub. Maybe it’s that there’s two of them? Who can say. I realise it’s the house itself that is really the most terrifying entity in this story and that the twins do not actually do all that much. That said, they remain one of the most memorable and unsettling images from the movie. 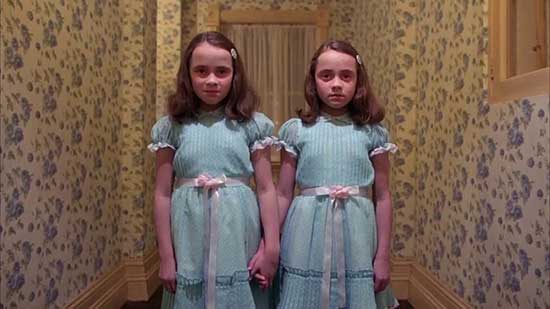 One of the things that I love about this movie was how easily a lot of it could be explained away in a realistic way – of course, the fact that it was based on a real story helps. Even so, with all the common sense in the world, the witch is exceptionally disturbing. The way she is slowly revealed, starting with her feet, as she hangs from the tree makes us aware that she is someone we don’t want to see. Interestingly for Bathsheba, unlike a lot of wronged ghosts on this list, she was already pretty evil in real life – forcing mothers to kill their children.

More creepy children for this list! Again, the edge here is given to the original Japanese version of the movie. No hate for the remake… well… maybe a little hate for The Ring 2 (2005). What’s really scary about this ghost is the agonising wait for the death you will have to endure as, once you watch that tape, you have seven days to think about your fate. Who could have predicted that in 1998 the whole world would suddenly become afraid of video tapes? Good thing DVDs had just been released in Japan. 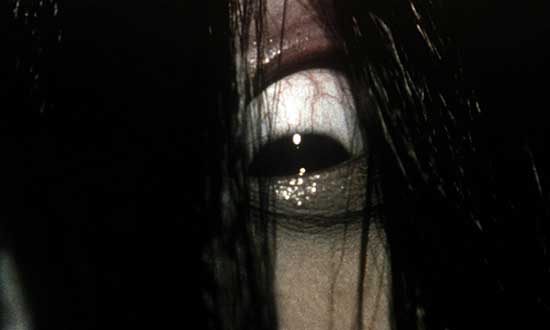 Beware the stare of Mary Shaw… This film is a lot of fun. James Wan clearly had a great time creating this classic gothic tale, but Mary Shaw turns things from fun to very sinister. Her skin is peeling like paint and her doll eyes make her decidedly inhuman and her imitation of peoples’ voices in the dark is very reminiscent of certain aspects of sleep paralysis, making it feel all the more real. Mary Shaw is another one on this list who wasn’t exactly someone you’d want to be best friends with when she was alive. She already had a murderous streak which continued long after she died. 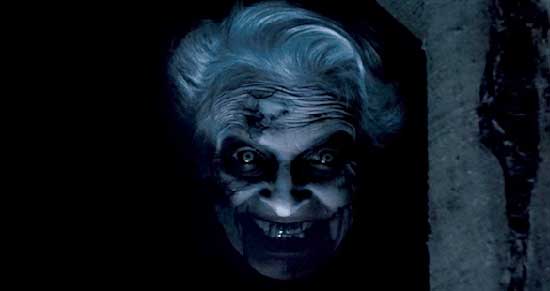 There are many moments in Poltergeist where you are left wondering “is this film really all that scary?” Unexplained piled up chairs and zooming across the kitchen on your butt seem sorta cool to me. The ghostly hand coming out of the TV is pretty spooky but really more fascinating than anything. However. The face of the beast that leaps from the closet is the stuff of nightmares. When we finally see his full form, I feel slightly more mentally prepared for him. Nevertheless, the design is so otherworldly that it definitely earns a place on this list.

I love when film makers remember that “less is more” and this documentary-style film terrifies with its simplicity. The blurry figure of Alice in the background though, presumably, not evil or malevolent, really makes me shudder – perhaps even more than some of the more physically repellent in-your-face spirits on this list. There is maybe only one moment that might qualify as a jump scary but that’s not what Lake Mungo is about. Are there ghosts in this movie? Aren’t there? Either way I was left feeling suitably spooked. 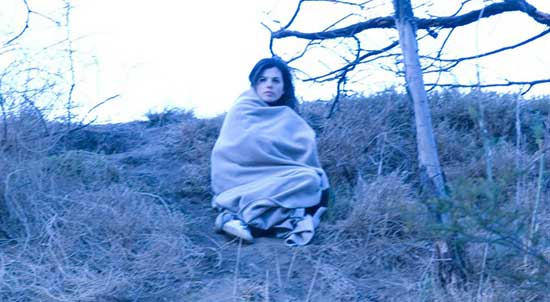 I’d like to assume everyone has seen this movie but, just in case, I won’t spoil anything. Suffice to say the scene where we initially believe the little girl, Ann, to be playing with a puppet still makes me hold my breath as I wait for her face to be revealed. The fact that she still speaks in a child’s voice – and that giggle – makes for a truly spooky scene. It’s almost like a jump scare (in slow motion), but in an otherwise very classy understated movie. 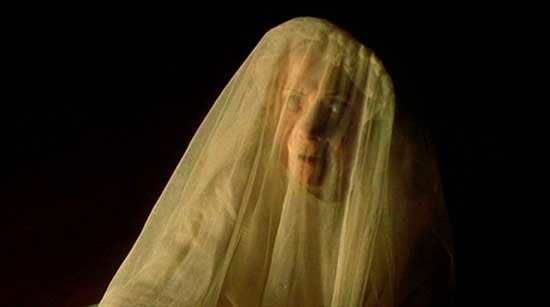 I debated putting this on the list because, as is often the way with Guillermo Del Toro, real life ends up being far scarier than anything supernatural. But that shouldn’t take away from what a brilliant ghost Santi is. His shadow that we see nearer the start of the movie appears distorted and misshapen, and when we do finally see him, rotting flesh and blood floating out of his wound makes him hard to look at. I’m going to say it: this is one of the best ghost movies I have ever seen.

There are so many more great ghosts out there that did not make the cut for the simple reason that, to include them all, would make this list go on forever. Kyra Collins of The Sixth Sense was a close call and every other ghost in The Shining is obviously more than worthy. But these are just some of my favourites. There is something wonderfully accessible about ghost stories; I loved them as a child, and I love them today and, refreshingly, they don’t have to be filled with blood and guts and gore to make our skin crawl. Although I would definitely call myself a skeptic more than a believer, I still can’t help but look over my shoulder as I walk upstairs after watching a ghost movie and I always make sure my feet are tucked in tight underneath my sheets.