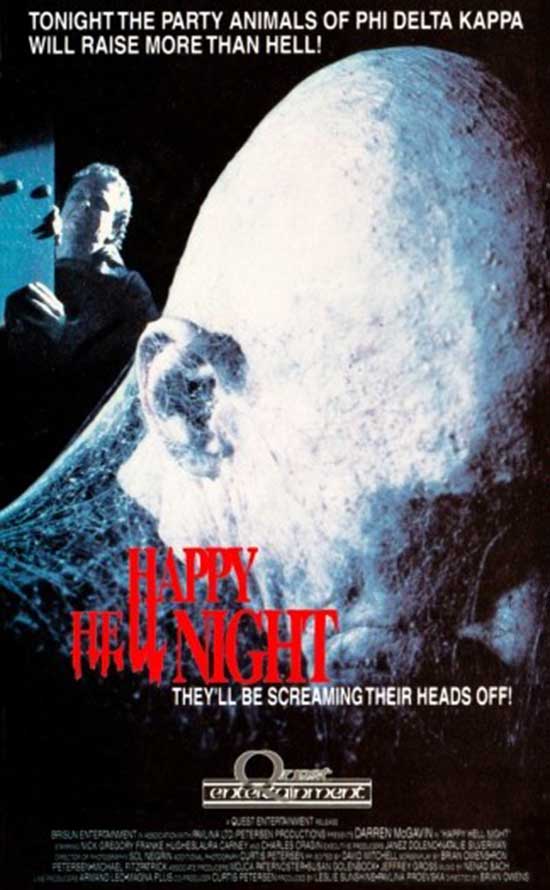 25 years ago at Winfield College, psycho-priest Zachary Malius murdered seven frat boys and was put away in the local asylum. Now, however, the same fraternity stages a prank from which Malius is inadvertently set free and returns to the house to repeat his crime…

Fraternity Phi Delta Sigma in 1963 decided to play with a ritual to summon a demon, and were murdered to one man by Father Zachary Malius for their trouble. Being placed in an asylum afterward, the priest has been in the same room for twenty-five years. After hearing about the stories, the same fraternity twenty-five years later decides to send their new initiates to take photos of this murderous priest. As one would expect, everything goes wrong for the pledges and the rest of the house. 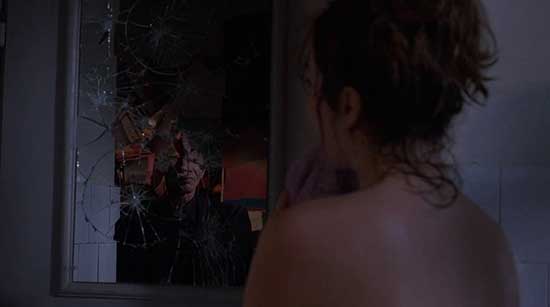 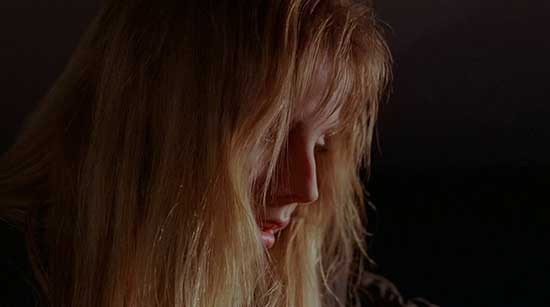 The movie opens to a couple of orderlies walking through the asylum, where they end up going over the history of Father Malius and what brought him here. We then jump to Winfield College where Phi Delta Sigma is inviting people to their party. Halloween is also the same time that the fraternity is holding their hell night, their initiation ritual. After hearing about the contest for the biggest initiation stunt by a freshman pledge, nerdy college tv host Ned Bara (Ted Clark) suggests to the members that this may be an excellent choice for initiates. It doesn’t take long after that to realize that every character is a terrible person. 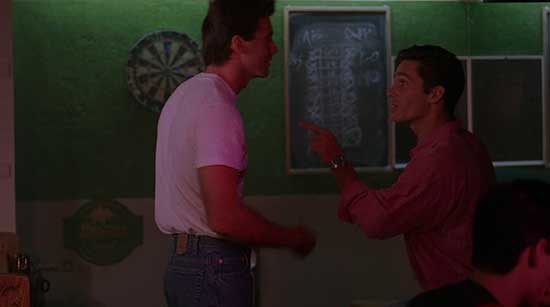 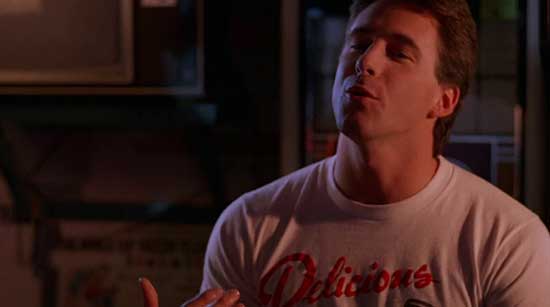 Keeping the tradition of almost all slashers of the late 80’s and early 90’s, there is plenty of violence, nudity, and sub-par acting. What is missing is even a slightly relatable or likable character. The final girl Liz( is cheating on her boyfriend with his younger brother. Sonny, the younger brother, is sleeping with his brother’s girlfriend, and doesn’t get help when he has the chance, dooming most of the characters in the movie. Eric, the boyfriend sends his brother on this dangerous undertaking and decides to sleep with the first girl he can find after he finds out about the affair. These are the main characters, most of the side characters are not any better. Most slashers end up with the audience cheering for the killer, but there should be at one or two characters in the movie that we are actively hoping to win. There are none in this movie. 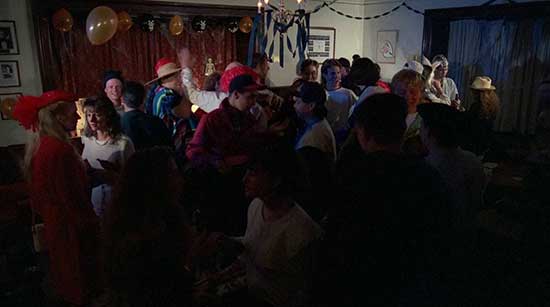 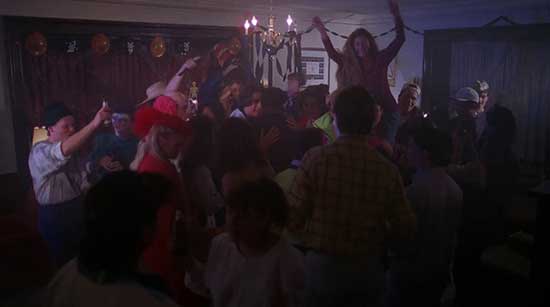 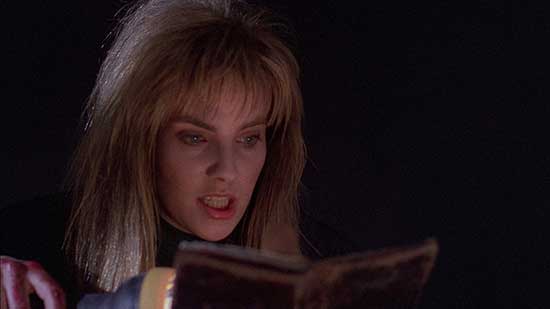 Father Malius (Charles Cragin) on the other hand is very effective. While it looks like the only makeup that might have been used is dark eye contacts and something to make Malius look pale, he looks like a genuine threat. Being a rather small looking person, he is a sharp contrast to many other slashers using his demonic appearance as his most most intimidating feature. Using an ice axe as his main weapon, he shows himself to be effective in wielding it. What helps matters is that Malius is actually demon possessed, which makes his abilities to teleport and bring a crucifixion statue to life more fathomable than other slashers. What doesn’t help is whenever he talks. Never speaking in complete sentences, his voice is high and raspy. It sounds creepy, but it doesn’t work with the lines that he has. Whenever he makes a kill, he spouts out two word sentences such as “No TV”, or “No Parking”. It doesn’t do anything to add to the movie, nor does it make a whole lot of sense, mainly adding to the quirks to the character than making sense story wise. 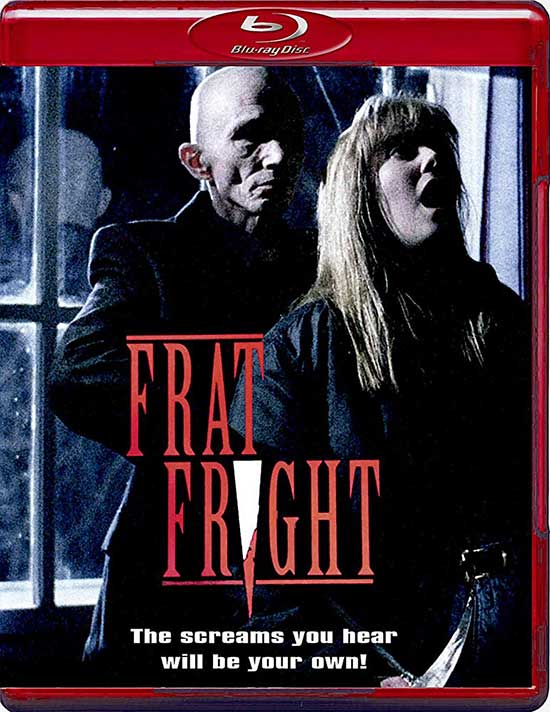 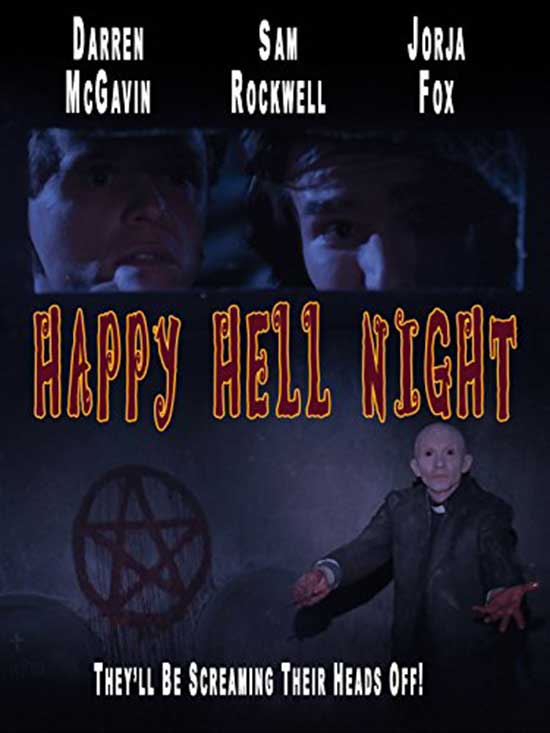 The killing begins around thirty minutes into the hour and a half film. When Malius reaches the frat party, one would expect that this is where the kills ramp up. While I will praise the special effects team for the blood and gore effects, there isn’t anything special about it. By the time Malius arrives, most of the crowd is gone, leaving very few victims. Most of the kills are done off screen or with jump cuts. Most of the scenes near the end are characters finding the bodies of people we didn’t see get killed. To help move things along, Eric and Sonny’s dad (Darren McGavin) shows up with some exposition and possibly a way to stop this evil being. It’s all rather convenient, but at least moves the film along. The last fifteen minutes of the film are the three main characters trying to finish the ritual to banish Malius. It’s really just as well because the movie hasn’t had anything to show for thirty minutes. Even the editors seemed to have stopped caring. At one point, Susan finds her friend dead and yells out in fear “Oh my God!”, but her mouth doesn’t even move. The scene was supposed to be sad, but I couldn’t help but laughing when that happened. 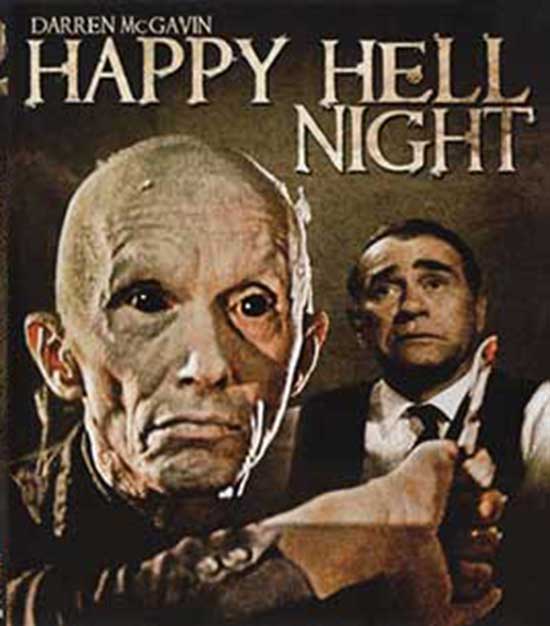 Happy Hell Night is nothing special. The acting is terrible, the story bland, and the kills are boring. At the same time, this is an early 90’s slasher flick. I didn’t go into this movie thinking it was going to be good, and I didn’t leave the movie thinking otherwise. Are you bored and need a stupid movie to watch? Here’s a candidate.