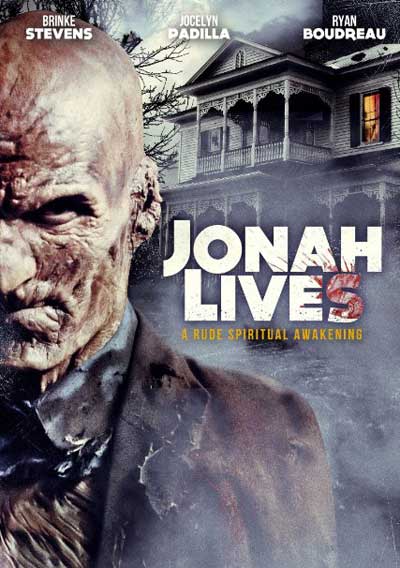 A Tale of revenge and murder from beyond the grave. A group of teenagers become unknowing conduits for the evil and scorned zombie known as Jonah . As a party rages on above the teens are trapped in a deadly game of survival as one by one Jonah exacts his gruesome nightmare of blood soaked terror. Who will survive the terror the night JONAH LIVES!!! ?

I don’t think it’s any secret that I , Demonica Vansant , am an avid lover of all things obscure and and esoteric in nature. Yes darlings , I am the first person to sit up and champion the little guys within the horror industry, give them a much needed voice and maybe even a tad bit of exposure. The slasher genre is one that has almost automatically been given a negative stigma from both horror fans and critics from the outside looking in. Sure , you have the noted classics such as ; Black Christmas , Halloween , and Psycho , but for every slash and hack epic that is heaped with praise there are hundreds of little guys left in the shadows. Some of the best examples of the slash genre are films that most general audience member may deem as underdeveloped or coarse in nature. Killer Party ( 1986 ) , Don’t Go In The Woods….Alone (1981) , Sorority House Massacre 2 ( 1991 ) and Pieces (1982). None of the films mentioned previously are going to garner any major critical reception or be inducted into the AMC Hall of Fame. These films do , however , stand as excellent examples of the kind of pure entertainment that the slasher genre has to offer.

entertainment. Unfortunately , Jonah Lives is one of the weakest slashers I’ve seen in the past 10 years. Not only does the film neglect to give the viewer even the smallest dose of of visual enjoyment , it panders and preaches to the audience in a way that feels both insulting and out of place in a horror film.

Using the worst possible stereotypes and cliches from the genre , this film attempts to follows a group of friends who are so ridiculous and uninteresting that a description on the specifics is not needed. One evening , the friends decide to hangout in the basement of their friend Francis’ house while his parents throw a very strange “adult” party upstairs. Eventually boredom sets in and the friends resort to dusting off an old Ouija board that Francis claims is ” the real deal cause it cost $25.00!! “. Everyone is in on the macabre fun except for Tony , he is very, very religious and preachy . Unfortunately , they contact the spirit of Jonah a very angry man who was murdered years ago by his evil wife. Jonah eventually crawls out of his worm infested bed and makes his way to the basement the teens are in , killing them off one at a time.

This is a film that despite its overtly simplistic plot is very fragmented and confusing at times. It’s almost as if they needed to figure out a way to trap a bunch of kids in one room for an hour and a half yet they need them to engage with the main baddie. So , what we are left with is people jumping from one place to another without any logical explanation as to way. It’s jarring as hell and makes for a very , very unpleasant viewing experience. It was 1:30 am when I sat down to watch Jonah Lives and due to the lapses in basic logic I found myself rewinding the film several times to make sure I hadn’t nodded off and missed something. The characters themselves make no sense. In one scene two of the male leads are actually sitting and defining religious terms for one another, its a moment that is almost offensive in the way it panders to the viewers as idiots. The female characters are all meek and quiet and the men are so misogynistic that its like watching a clip from Comedy Central’s The Man Show.

The film also seems to have a very strong Christian message that is pro Jesus love and very anti Satan and all things therein, which is fine in its own right. I do not , however , want to be heavily preached to while I am trying to enjoy a slasher film. One scene from the film has the lead male character, Francis , going up to his room to grab the Ouija board. When Francis enters his room there is a young girl siting on his bed watching his television which he promptly shuts off. Francis instead hands her a copy of the Bible and tells her it contains all the knowledge she will need to get by in life , and he doesn’t want to see that television on again. BLAH!! Preachy and ridiculous crap. There are several more moments in this film where characters go back and forth debating over religious aspects and topics and the viewer is stuck wide eyed watching this hideous dialogue unfold.

Is there anything redeeming about the film worth mentioning you ask ? Well , Brink Stevens looks AMAZING , and for the brief time she is on screen we are reminded why is is the undisputed queen of the b movie scene. The main baddie is also very well put together in terms of makeup and design but lacks any true menace or terror due to the lack of any real development in his character and persona. We are given a few brief glimpses into Jonah’s past but a lot of it comes a little to late to make him a truly memorable monster. Director Luis Carvalo also has a fairly keen eye for putting together material. The film itself looks very polished and has a has some very stylish moments , Jonah’s resurrection scene being particularly effective. Let’s just hope next time around Mr. Carvalo surrounds himself with a better editor and a script that isn’t full of religious teachings.

I had high hopes for Jonah Lives but it ends up being a complete mess on almost every imaginable level. Jonah Lives is the kind of film you watch when your sick and on a bunch of Ny Quil and wonder to yourself was that real or some kind of terrible fever dream ? Sadly , it was real and one of the absolute worst slasher films I have ever seen. 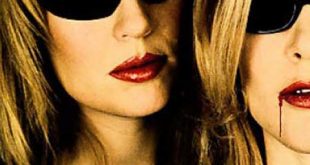