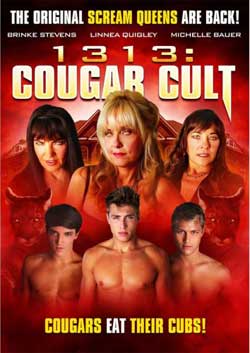 Rufus, Darwin, and Coopersmith are three nerdy, but hunky young college students who score themselves a dream summer job working at a swanky mansion owned by wealthy and sexy middle-aged babes Clara, Victoria, and Edwina. However, the gals turn out to be a coven of deadly witches who transform into flesh-eating cougars who need fresh young man meat in order to live forever

It takes a lot for a film to frustrate me to the point of tears, but I think 1313: Cougar Cult definitely belongs in that category! It was just so sleazy and awful, I struggle to find words that will do justice to how terrible this movie is – and not in the ‘so terrible it’s good’ kind of way, just ‘so terrible it’s gone straight past good and back to terrible again’. Ok, so I know that Linnea Quigley, Brinke Stevens and Michelle Bauer are considered ‘scream queens’ from their classic B-movie horror films of the eighties, but that does not excuse this pitiful attempt of a film. I just want to quickly point out that I don’t take any enjoyment from criticising this movie so harshly, but I’m afraid the negative far outweighs the positive with this one. Even though the film was only an hour and twelve minutes (trust me, I checked), this was still too long for the story they wanted to tell. They drag out many of the scenes to the point of being ridiculous. 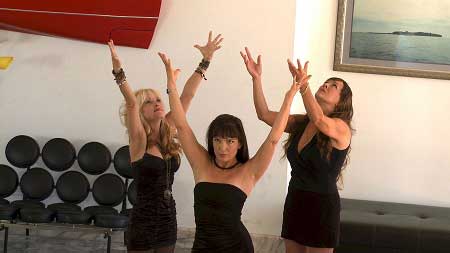 It got tedious quickly. Very quickly. I personally have never known a male to have such a thorough shower as the young man at the start of this film did. Literally an eternity seemed to pass of us watching him have a shower and then watching the ‘cougars’ creep slowly towards him, and back again. Get on with it! I understand the need to build up atmosphere, but everything was stretched so much that it wasn’t at all ‘scary’ or ‘exciting’. Plus, I swear some of the exact same clips of the middle aged women strolling menacingly around the house were used on multiple occasions – I read that the film was shot in three days, but come on, that’s just tacky. Whilst I am impressed with the speed at which director, David DaCoteau, seems to churn out these movies, quantity does not mean quality. If the quality gets compromised then this should be addressed, rather than skipping happily ahead to the next project. 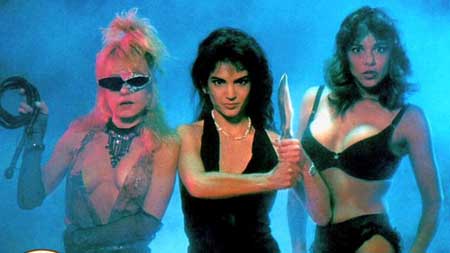 The plot (if it can be called such) consists of three middle aged women (aka the cougars) luring young men to come and ‘work for them’. They then proceed to devour some and hypnotise others, until one young college student overhears their schemes and fights against them, trying to break the ‘spell’ and release his friends. You can tell just from the plot that there’s going to be some campiness to the film, and indeed, there were innuendo’s flying left, right and centre. I find it hard to call this a ‘horror’ as such because, whilst there were small attempts towards horror, the emphasis was on the comedy, I feel. There’s not a single drop of blood to be seen which is a bit of a let-down, because I feel that this would have spiced the story up a little.

I feel like 1313: Cougar Cult is a film aimed at a female audience (what with the superfluous amount of men’s torsos littered throughout many of the scenes, well, every scene), specifically a middle-aged female audience. But I personally found it all rather excruciating to watch and even quite repulsive at times. Do the men really have to stroke themselves and writhe about that much? Why are they sleeping in the daytime anyway? I’m a heterosexual female and I wasn’t moved in the slightest, so perhaps this is just a middle aged woman’s fantasy movie, either that or a gay male fantasy, who can tell. However, clearly the director failed to grasp the nature of his audience – females are far less aroused by visual ‘stimulation’ than men are (think of which gender consumes the most p*rnography by quite a long way), and so having topless men writhing about the place doesn’t do anything for me. But, if you do want to spend over an hour ogling at muscley chests, please go right ahead and buy this film, because you won’t be disappointed! 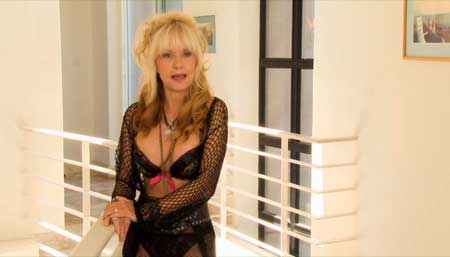 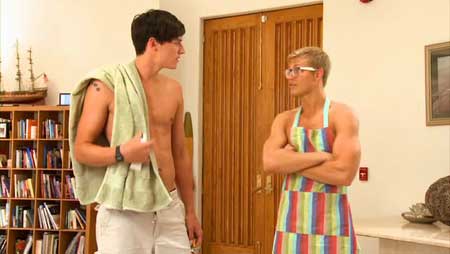 The ‘special effects’ were actually so pathetic that they made me laugh – some comedy cougar heads are plonked over the top of the women’s faces. There’s no subtlety there, it’s as if an illustration of a cougar’s face (oh yes, it remains static even when the women move!) has been cut and pasted on top of the video. Hilarious stuff indeed. And I have literally no idea what the whole ‘deep voice’ thing towards the end was all about, because it wasn’t at all scary. In fact, there was not a single moment in this film that was even close to being scary. Contrary to what the director seems to think, playing weird ‘alien’ music and growling noises as the ‘cougars’ are walking along doesn’t create any sense of foreboding. Sorry but it doesn’t, so stop trying to make it happen! 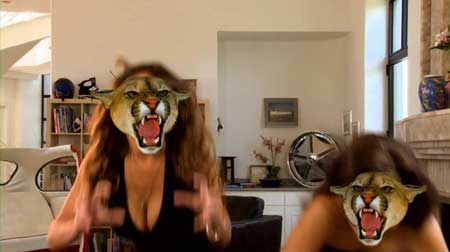 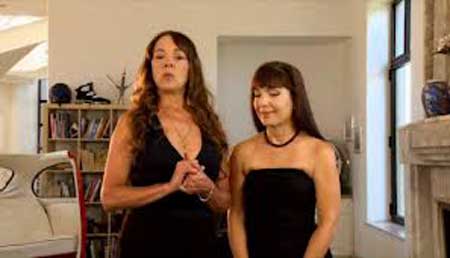 Basically then, I’m afraid to say that I found 1313: Cougar Cult a very cringeworthy and uncomfortable watch. It’s hard to find any redeeming features if I’m being dead truthful, but the lighting was alright I suppose. (But you know things are bad when a reviewer starts talking about the lighting though!) It’s a film that one shouldn’t take too seriously and shouldn’t watch with the hopes of any plot, special effects or horror of any kind. My advice is to stay away, well away.