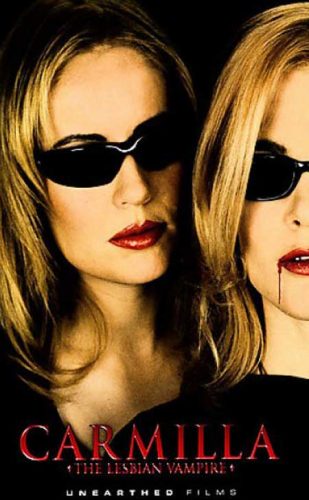 Jenna’s father whisks her away after she becomes afflicted with a vampiric disease, and on their way home, they encounter vampire Carmilla, zombies, and a vampire hunter

2004 was a very busy year for Vince D’Amato. Somehow he was able to release the short film Heads are Gonna Roll, a collection of heavy metal band Necrophagia’s music videos called Nightmare Scenarios, the sadistic torture film, Human Nature, and his own retelling of Carmilla, the pre-Bram Stoker’s Dracula vampire story by Joseph Sheridan Le Fanu, in Carmilla, the Lesbian Vampire. As you might notice, this story has been adapted to film a number of times, from the French Et Mourir de Plaisir/Blood and Roses, to the Italian Crypt of the Vampire starring Christopher Lee, to the Hammer film The Vampire Lovers starring Ingrid Pitt and Peter Cushing, and many more. D’Amato’s version modernizes the story and adds in some zombie film tropes and a feminist slant to give his film its own unique flavor. 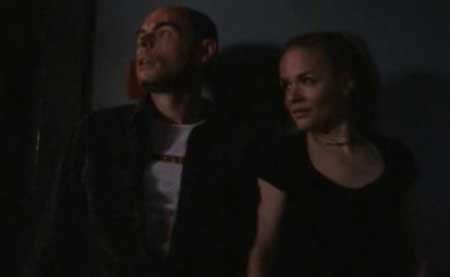 Also known as Vampires vs. Zombies (with a movie poster that is a direct reference to the previous year’s Freddy vs. Jason), D’Amato’s film (he took on both writing and directing here) begins with a father (Travis, played by C.S. Munro) and daughter (Jenna, played by Bonny Giroux) driving out of town toward what they hope is a safe place, hoping to meet up with the General (Peter Ruginis, who aside from this role has apparently always played Santa Claus). According to news reports, a mysterious illness has been infecting the masses, turning them into cannibal-like murderers. Along the way, they come upon a car with three women on the side of the road, and here we meet Julia (Brinke Stevens, who I probably don’t need to tell you is from The Slumber Party Massacre, Sorority Babes in the Slimeball Bowl-O-Rama, and over 150 others), and her daughters Tessa (Melanie Crystal), and Carmilla (Maritama Carlson). Tessa is tied up in the backseat, and Julia explains that she is infected and they’re trying to get her some help, but begs Travis to take Carmilla to safety. After some negotiating, he agrees, and Jenna can’t help but find herself drawn to her new friend – possibly because she looks a lot like the woman that has been appearing in her erotically-charged dreams. And so begins the road trip adventure. 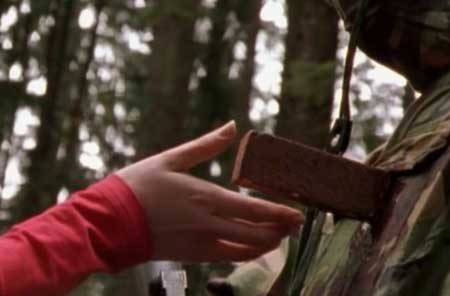 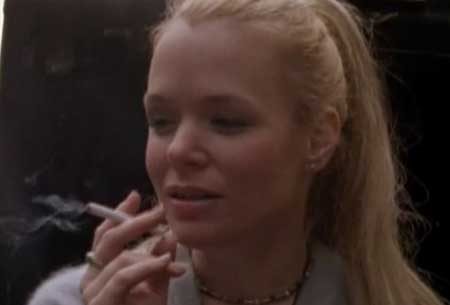 There’s a lot of fun and excitement in Carmilla, the Lesbian Vampire, but there’s also a fair amount of confusion. If you’re looking for zombies and vampires and humans all fighting, this movie has it all – hell, there’s even Catholic school girl zombies in here! D’Amato seems to make his own rules for the vampires as well, not a drastic departure from tradition but he takes some liberties here and there, which is refreshing to see in an otherwise somewhat stale subgenre (with a few exceptions, of course). But there’s lots of blood and heads being chopped off and stakes through hearts throughout this film. The acting is decent, not Oscar-worthy but pretty much par for the course with a low budget independent film. And what I really like was the twist employed in the finale – D’Amato opted to change things up, and I think it works quite well. 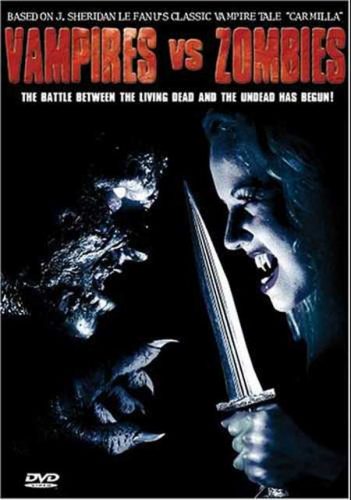 However, as I mentioned before, there is a bit of confusion when it comes to the storyline here. Aside from little things, little loose ends left untied and such, we are given what amounts to parallel storylines in Carmilla, the Lesbian Vampire. The problem is, what is really going on? If you remember Meat Market 3, or the Buffy, the Vampire Slayer episode entitled “Normal Again,” you know where I’m going here. In D’Amato’s version of Carmilla, we are presented with the story of the road trip and the vampires and the zombies and all that, and we are also given a storyline where Jenna is sick, possibly infected, and hallucinating while being given treatment. Is Carmilla a normal girl looking to escape the plague, or is she a vampire attracted to Jenna, or is she a nurse who is trying to help Jenna recover? Sometimes ambiguous endings work out great for the audience, and sometimes they can really grate on the audience (not gonna lie, I’m super proud of that one). 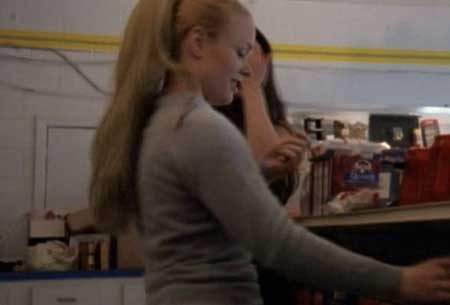 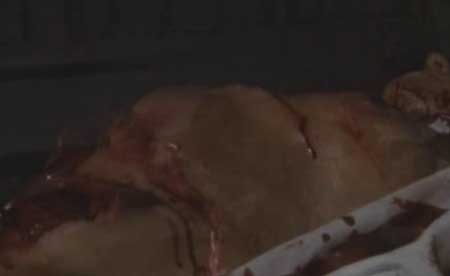 Carmilla, the Lesbian Vampire is a fun movie. It gives us a new angle on the old tale of Carmilla, and it shows off a little of D’Amato’s storytelling capabilities. Sure, there are parts that are confusing (why is Brinke Stevens not only Julia, but also a state trooper, and if it’s the same character, why doesn’t anyone recognize her?), and there are parts that could be improved. But word on the street is that writer/director Vince D’Amato is in the process of re-working and remaking this film with a more Jess Franco-inspired direction (actually, he told me himself in this interview). I’m not going to pretend this is the best vampire movie ever created, but it is fun and entertaining and for sure worth a watch.