Henry Hobson directs Arnold Schwarzenegger and Abigail Breslin in the slow burn zombie drama MAGGIE dividing the Grue-crew between enjoying the film and being bored to tears. Justin Bensonand  and Aaron Moorhead’s SPRING succeeds far better with a romantic journey into creature feature, tentacle-filled mayhem. The insanity of Summer blockbusters takes a quick break this week for some quieter horror exploration.

Doc dishes a new plate of HORROR NEWS OF THE WEEK with information about a possible return of Dr. Anton Phibes in FOREVER PHIBES, James Caan stepping back into horror with THE WAITING and Jason Voorhees slicing and dicing through MORTAL KOMBAT. Also, Joseph Perry joins in with his report from the  with reviews of UNFRIENDED and THE NIGHTMARE.

To the Black Saint’s joy, MAGGIE finally mixes action hero Arnold Schwarzenegger with zombie cinema only to find that the film delivers a more introspective look into the transformation from human to ghoul and its effect on the family dynamic instead. His dreams of a killer Arnie vs Zombie action flick are crushed. Vixen doesn’t care and loves the film anyway. Ah, the drama. 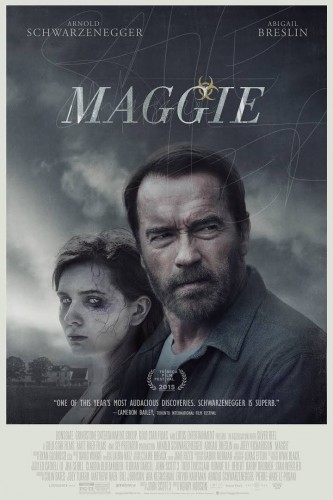 The Grue-crew explore one of the best and refreshing creature films of the year, SPRING. Surprisingly not everyone on the show is on board with this film from Justin Bensonand  and Aaron Moorhead featuring Lou Taylor Pucci and Nadia Hilker. It’s When Harry Meet Sally blended with Lovecraft. Whatever you do, don’t listen to Doc. 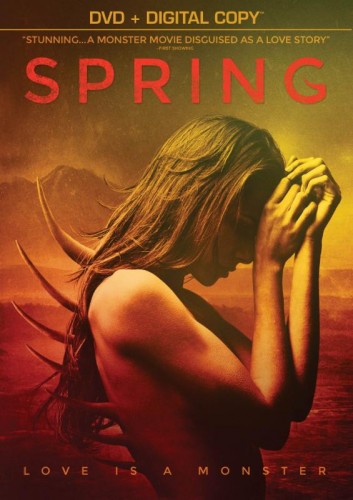 Doc shares the Horror News of the Week with news of Malcolm McDowell teaming up with William Goldstein the creator/writer of the original Seventies classic, The Abominable Dr. Phibes, with  the upcoming film FOREVER PHIBES. James Caan is returning to horror with the film THE WAITING. Fox releases trailer for two new horror properties THE FRANKENSTEIN CODE and LUCIFER. MTV releases a new Stab filled trailer for their very own SCREAM tv series. Things get really exciting as Thomas recounts playing MORTAL KOMBAT with the Jason Voorhees DLC.