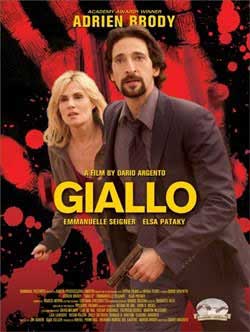 Dario Argento is one of my favorite horror directors, so when I found out I would be reviewing one of his newer movies I was delighted. Properly named “Giallo,” which is an Italian genre of fiction involving crime fiction and mystery with a mix of eroticism and horror elements, and giallo is the word for yellow in Italian that characterized the books that were written with a yellow cover. Dario Argento’s “Giallo,” released in 2009, is a new addition to the 1970’s Italian boom of giallo films, and stays true to its name as it a proper horror mystery flick that entertains the senses with breathtaking visual elements with a mesmerizing musical soundtrack.

“Giallo” begins by showing to young Japanese women attending an opera. When one of the girls decides they would rather go to the club, the other girl is left alone and is picked up by a strange taxi driver. He immediately locks her in the cab, and she vanishes. The next scene is a busy wardrobe room where models are readying themselves for a fashion show. The camera pans in on one in particular, Celine(Elsa Pataky), talking to her sister, Linda(Emmanuelle Seigner) on the phone about meeting up later at Celine’s apartment. Linda makes herself at home at Linda’s apartment, and is confused when it starts to get late after Linda never makes it home. Celine is unfortunately abducted by the mysterious taxi driver(Byron Deidra), and is taken to his underground lair.

Linda goes in the morning to the police station to get help with the mysterious disappearance of her sister, and they are very reluctant to help her. They send her to the dark recesses of the basement, where an unfriendly detective Inspector Enzo Avolfi(Adrien Brody) works with his walls covered with pictures of women being hideously mutilated. When Linda presents Enzo with a picture of her sister, Enzo immediately knows that her sister was abducted by the same man who had done all the heinous acts of the murders of the women pictured on his wall. Even though Enzo fears the worst, Linda urges him on to look for her sister, and clues pop up as they rush in the chase to find her. One very helpful clue is when the Japanese victim’s body is found, and she screams in Japanese that the murderer is “yellow.” This of course leads to important clue that the murder’s skin tone is yellow, coming from a liver disease known as jaundice. 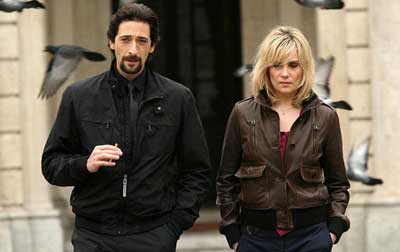 Their chase to find Celine is hindered, yet successful when they find the killer’s underground lair with a missing Celine and murderer. The rest of the movie is a hunt to find Celine, when the killer takes Linda hostage to try to flee the country. He uses the location of Celine as blackmail, as Enzo plays the heroic cop trying to hunt down the killer. Linda begs Enzo not to kill the murderer because only he knows the whereabouts of her sister, but Enzo does anyways. Enzo swears that he knows where Celine’s body is, only to find out that her body is nowhere to be found. Linda ends up despising the cop, and threatens him with having the same actions as the heartless killer. Celine is still missing, as the film ends in mystery if she will ever be found. 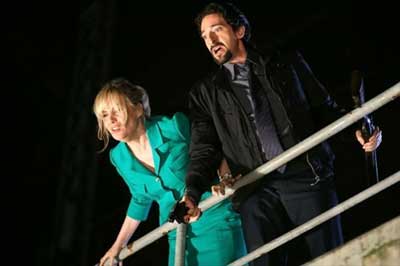 The soundtrack of “Giallo” is something I enjoyed favorably, which the music is provided by Marco Werba’s Bulgarian Symphony Orchestra. The music of “Giallo” was a favorable accompaniment to a dramatic story of the murder mystery that the film upholds. The murderer in the film, known as Giallo, is the definition of horrendous with his yellow skin and other unfavorable facial features. An interesting fact to know is the actor who played the killer, Byron Deidra, used no makeup in the movie, having the disease of jaundice in real life. Unfortunately, Deidra passed away in 2008 from the liver disease that helped earn him the role in Argento’s film. Seigner’s and Brody’s talents are highlighted in the film, as they play two strangers who form a relationship throughout the search for a missing model. Brody plays the chain-smoking detective plagued with his mother’s murder from the past very well, and Seigner shines as the sister who will do anything to find her sister. There are few moments of dastardly disfigurements by the killer, but the blood and gore factor still is still intact from pictures of women being cut up to brutal murders with a knife. 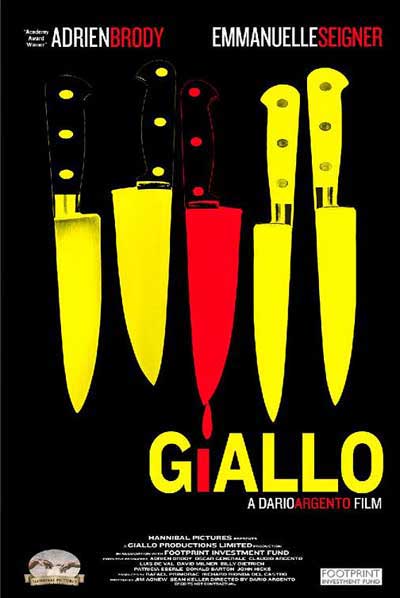 Dario Argento’s “Giallo” is a new addition to the 1970’s tradition of the giallo film genre, and is a must see for fans of Argento flicks. The film ends abruptly and in mysteriously as Argento’s films uphold, and is an enjoyable film to watch in trying to solve the mystery of why beautiful women are disappearing in this Italian city.