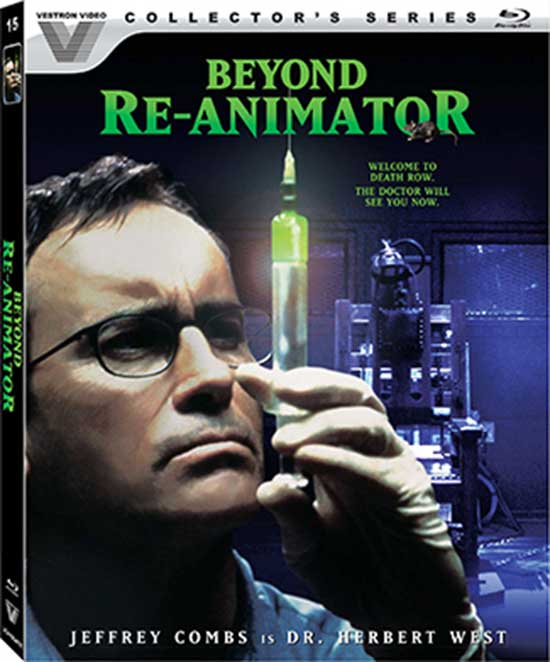 Everyone’s favorite mad scientist Herbert West is currently in jail after having state’s evidence turned against him by his former assistant, Dan Cain. While being led away, some re-agent falls from his pocket where it is picked up by a young man that was camping nearby. The young man find Herbert down in his jail cell and learns for himself just what the re-agent is capable of.

This is yet another one of those films that I put off watching for ages because I had the suspicion that it was going to be crap. I didn’t watch it when it first came out as straight-to-DVD release in 2003 and tried my hardest (albeit mostly unsuccessfully) to avoid it when it was shown on TV horror channels ever since. I really didn’t want to ruin the happy mid-80s’ memories I had of Stuart Gordon’s “Re-animator”. But, you know how it is, you get bored and eventually spend an hour peeling the security tape off the DVD case and, before you know where you are, the damned thing has somehow got into the player and you’re watching it. That’s my excuse anyway and has nothing to do with the fact that I got the DVD for $2 from a certain auction site. 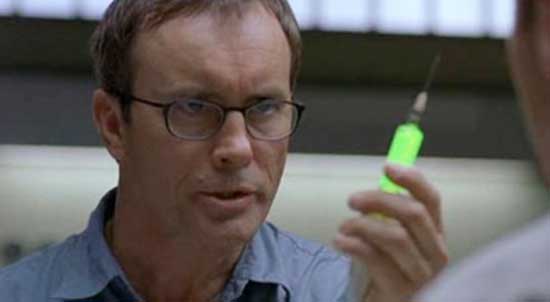 I can’t quite put my finger on why but “Beyond Re-animator” just failed to deliver. Although obviously low-budget, it was a good story, had reasonable amounts of gore, good actors and sexy actresses (especially Elsa Pataky), but it just had the wrong pace and tried hard for humour when it should have gone for scares. Oh and it’s a Spanish production so there are a lot of unknown Spanish actors in it in case anyone wondered. That doesn’t always doom a movie to failure but I have noticed a trend… which reminds me to stick to Pedro Almodóvar rather than Jess Franco in future too. 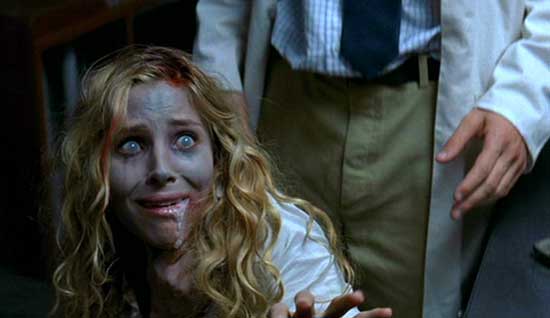 The story is much the same as the other two in the series. Dr Herbert West is still re-animating bodies albeit now from inside a prison where of course he is incarcerated. A new prison doctor arrives who turns out to be a kid who saw the results of Dr West’s experiments when one of them killed his sister. Then a reporter turns up who looks just like the boy’s sister and there is a love affair thing going on just to bulk out the plot. The reporter turns out to be more interested in “the experiments” than her original prison story and ends up getting more than she bargained for when she is predictably killed by the evil warden and then re-animated herself. That’s not much of a spoiler as all this pretty much occurs within the first ten minutes. 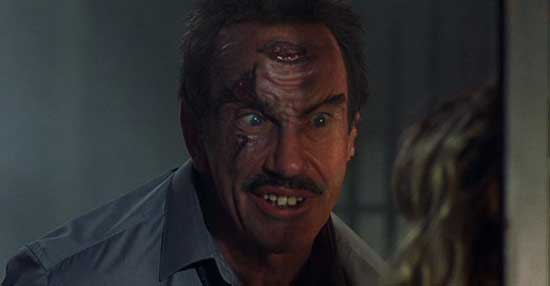 The new spin on things in this movie is that Herbert has now discovered how to harness the “nanoplasma” which leaves the body at death and is responsible for human consciousness. Thus begins a lot of body swapping nonsense, first with a couple of rats and then between different people.

I kept losing interest when all the quirky prisoners were doing their thing and I lost it even more when I realised that I really wasn’t going to see Elsa Pataky (also in “Snakes on a Plane”) get totally naked. There is a minor sex scene and one shot of her squashed boob but it was down to the also attractive Raquel Gribler to get hers out instead. And glorious they were too! You’ll remember them for a long time, trust me on this. 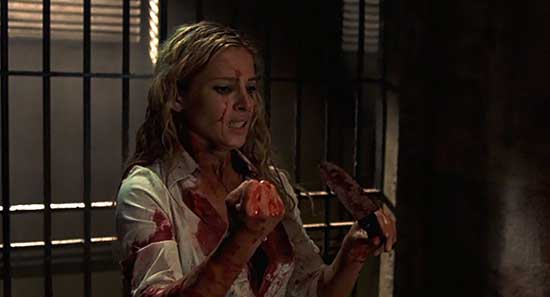 A more amusing scene worth mentioning involves a re-animated, dismembered dinkle fighting a rat. It soon stopped being amusing though it must have pleased the director because it also continued throughout the end credits. It wasn’t that funny.

So, apart from Elsa Pataky, there really weren’t any great things to mention about this film. Jeffrey Combs does his usual performance but is just too much of a nice guy to instill anything really sinister into the mix… well, that’s if you can call his role as Herbert West, a man who re-animates dead bodies, a nice guy! He’s certainly more sociable this time round but you know he’s still obsessed. “Same sh*t, different film” as they say. 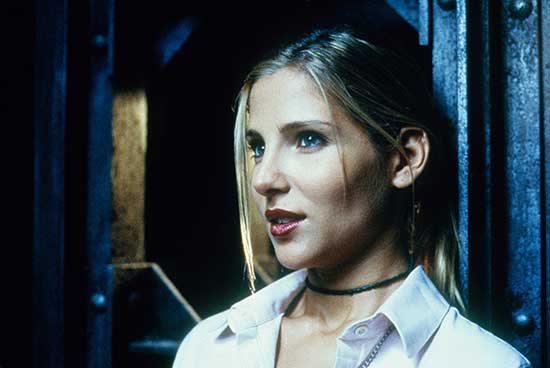 The ending left the way open for the possible fourth film in the series which I hope doesn’t actually come to anything. I really think it’s time to give up on this story now. I can’t see it going anywhere else except further and further down in quality and it’s a shame because the original “Re-animator” was an absolute genre classic. 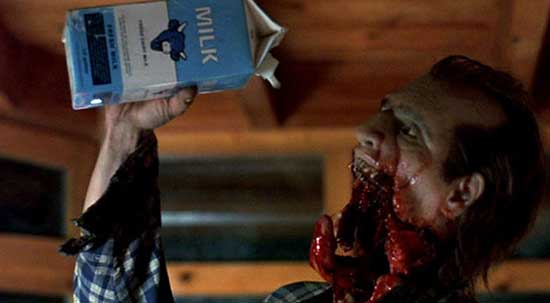 Final verdict: Watch it if you want to but don’t expect miracles. Herbert West himself could not raise this movie from the dead. 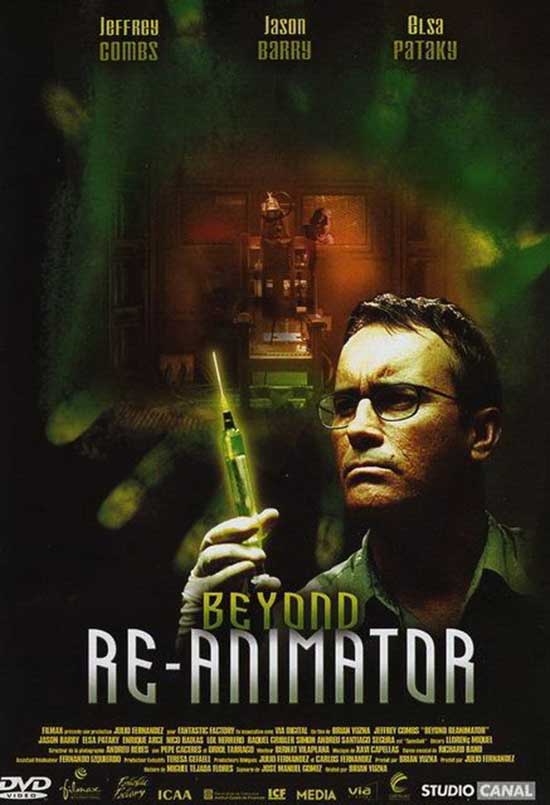 NEW – “Beyond & Back” – An Interview with Director Brian Yuzna

NEW – “Six Shots By Midnight” – An Interview with S. T. Joshi, author of I Am Providence: The Life and Times of H.P. Lovecraft

Beyond Reanimator is now available on bluray per Vestron