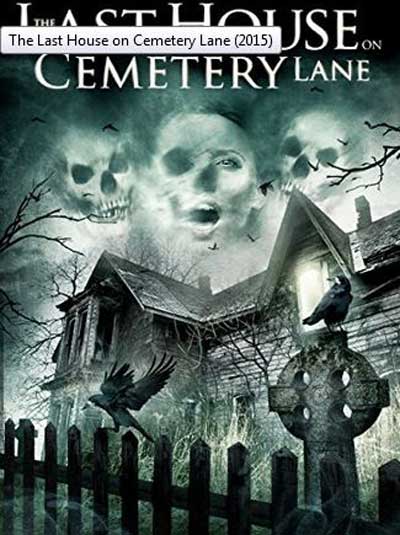 A screenwriter staying in an old manor house in West Wales discovers that it’s haunted by malevolent spirits.

This movie, I was not enthused about at all. I am not a fan of movies that revolve the story line about what is actually going on. What I mean by that is, I am not a fan of fictional movies being made about a movie being made, documentaries are different. It is just so boring and uninspiring. To me if you are going to make a movie be creative, be out there and for the love of all things holy BE ORIGINAL!

So you guessed it. Essentially this movie is about a guy writing a movie. Creative, no. Out there, no.. Original, definitely not. 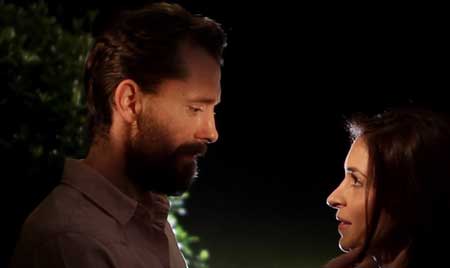 Essentially the main character is holed up in a creepy old house with a blind woman living on the top floor. He is there with the intention of finishing his screenplay, but alas of course, the old house is haunted. I am shaking in my boots, I promise!

This movies story line falls so short it is not even funny. I had to fight to stay awake for this hunk of junk! The only thing I am impressed with is that I managed to stay awake through it! Of course, yet another B grade, low budget horror film falling dreadfully short of where the anticipation of those involved would have expected it to.. But seriously? How far did they expect this drivel to go, really??

The special effects are badly done. I as the viewer almost feel insulted that the production crew expected people to waste time watching this rubbish, let alone enjoy it!

The worst part is that the characters are just annoying! If they were real people in your life, they are kind you would smack in the face with a running chainsaw. The Real Estate representative lied about everything to the point of ridiculous, that is about the most realistic part of the entire movie. This woman should have been taken to court (another case of art imitating life). For a screen writer who is trying oh so hard to finish his piece, he does not seem to do a hell of a lot of writing, this thing ain’t gonna write it self buddy! The poorly written and formed characters are then played by some really pathetic actors and actresses who must store all their talent in their little toe for a rainy day when they might decide to use it.. This movie was not the rainy day and they did not use it. I actually thought they all looked a little pained to be doing the movie in the first place honestly! I know everyone has to start somewhere, but really??

Usually in these paranormal type horror movies when writing begins to appear on walls, door knobs start turning by them selves etc they all serve a purpose, they all make a contribution to the story to make it what it is, it all comes together and each piece is as crucial to the story as the next.. Not in this movie though! All these typical spooky things happen for what I can conclude to be no reason at all! I do not doubt they were put in there to make viewers jump, pay attention and put you on the edge of your seats.. However, it did not even do that! Add to that some cheesy music, the dull, poorly written characters discussed above, add a pinch of salt and you my friend have the recipe for a perfect disaster!

Based on my viewing experience I have to say I did not enjoy this movie in the slightest. It would definitely go on my top 5 list of worst movies ever made (along with C Me Dance). This movie is good for 2 things. 1. If you want to torture someone 2. If you need help falling asleep. I really, and I mean really struggled to watch this movie and I was so glad it was over. So, now the big moment! Star time!

Today I am giving this movie 1/10 stars. I would like to give zero but it seems a bit harsh. I do not think there is anything that could be done with this movie to salvage it, the story line is rubbish. I just hope there is no sequel of the guys screen play being made into a movie.. Worst yet, what if the guys screen play was about another guy writing a screen play!? Pull the plug, let it go and end the torture!