In Search of (TV Series) 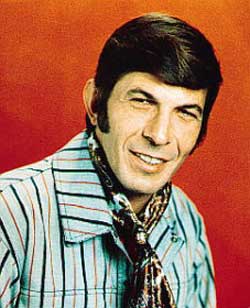 A talented actor, writer, and director, Leonard Nimoy wore many hats during his long and prosperous Hollywood career. As well as a pair of pointy ears as Spock in Star Trek. But with his recent death, I am most fascinated by his stint as host, narrator, and even occasional writer of the television series “In Search of” that originally aired from April 17th 1977 – March 1st 1982.

“In Search of” was a fascinating exploration of all things unknown, mysterious, and magical. Topics included extraterrestrials, magic and witchcraft, missing persons, myths and monsters, lost civilizations, and special phenomena as well as historical events.

With the leading scientists and researchers of the time the show appealed to science-minded viewers and the just plain curious alike. Shot in a documentary style, everyday people would tell their tales of ghosts, UFO’s, Loch Ness Monster sightings, and of course Bigfoot encounters. Besides interviews the show would re-enact the strange goings-on portrayed in each episode and would be on location to transport the viewer to a different locale.

For those that were too young to remember the original series, or for those reliving nostalgia it’s definitely worth a second look. Leonard Nimoy does an outstanding job as the host of the program. His calm and even tone and trustworthy on-screen presence blend nicely with the often strange and other-worldly subject matter. He even wrote the Vincent Van Gogh episode that aired during the 1980 season.

The fact that “In Search of” is closer to the source dates and material of some of the events can be appreciated now. DB Cooper, the Patterson-Gimlin Bigfoot footage, and the Amityville Horror book and film all were recent or current events at that time. During the Amityville Horror episode they have an exclusive television interview with the priest that blessed the house when the Lutz family moved in with high hopes of raising their family in a peaceful home. As well as Jay Anson, author of the Amityville Horror book. Even Titanic wreckage discovery scientist, Dr. Ballard appearing in the Loch Ness episode, adds legitimacy to the program. 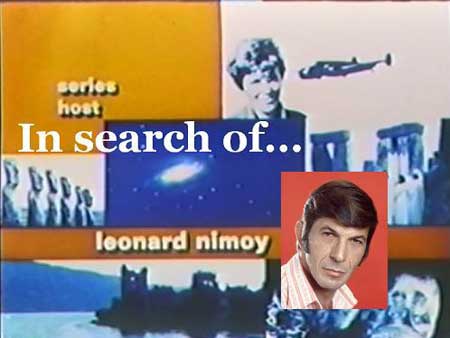 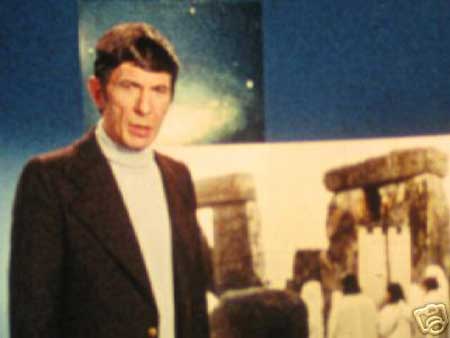 Many of the topics are still relevant 33 years after the show went off the air. D.B. Copper, Jack the Ripper, and Amelia Earhart mysteries remain unsolved. In 2012 Steven Spielberg directed Daniel Day-Lewis in an Oscar-winning performance in the film Lincoln (Lincoln Assassination episode), Dracula is as popular as ever with movies, books, and television shows dominating pop culture. Bigfoot, ghosts, and UFO television shows and movies are alive and well too in the 21st century. With one-hundred and forty-four episodes there is still plenty to rediscover. 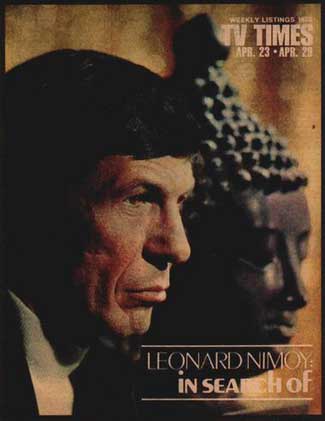 Alan Landsburg was the creator of the series and the format he developed has been emulated over the years. From Unsolved Mysteries to Ghost Adventures to Finding Bigfoot, and Monsters and Mysteries in America, all owe their success to the “In Search of” series. 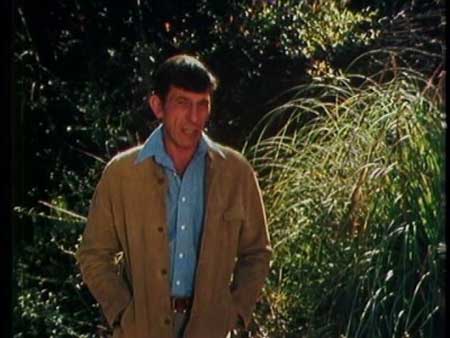 Truthful reporting and earnest inquiries was the goal of the series, but curiosity was what reeled me in as child in the 1970’s and today as a 40-year-old man when I revisited the program. The “In Search of” series can be seen today on DVD or grainy YouTube videos. The original creepy synth soundtrack was released in 1977 and can still be found on Ebay for collectors. Whether you are a fan of Leonard Nimoy, 1970’s pop culture, or just enjoy delving into strange, unsolved, or historic topics “In Search Of” still delivers all the thrills and chills from around the world without having to leave the comforts of home.

Tags In Search Of Leonard Nimoy 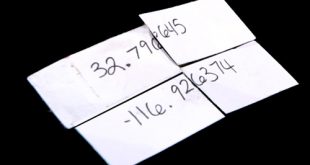