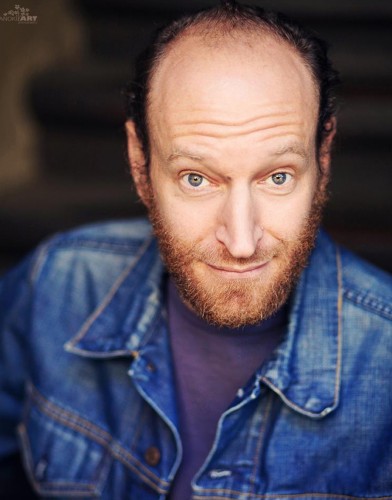 How did you get involved with Rob Zombie’s new film 31?

David-The Casting Director Nicole Arbusto had cast me previously in two great indie films by filmmakers Mike Ott and Atsuko Okatsuka. I’m not sure exactly how casting for this role went down but I imagine that casting must have sent my reel and information to Rob Zombie as a possible idea for the Schizo-Head.

What can you tell me about your character Schizo-Head?

David- Schizo-Head is, one half of murderous team of brothers living inside Murder World. –

How did you become involved with the Horror genre?

David- I started watching horror films when I was about 7 years old. It was a product of the swinging 70’s and my dad would take me to see whatever movie I wanted to go to…The Beast Within, Motel Hell, Halloween, and Phantasm. I was usually the only person under 10 in the theater. If it happened today, I’d probably be in the care of child protective services but those were different times. A little while back I actually co-directed and co-wrote a horror short film along with David Neptune and actor Tahmus Rounds that we are currently submitting to festivals. So yes, horror has always been near and dear.

You have been involved in television and film, what have been some of the challenges?

David- Every role comes with its own challenges. In Breaking Bad we shot my biggest scenes over the course of three very long days…12-15 hour days if I remember correctly. Since my character was always amped up I had to make sure I was ready to bring that high energy level out at any time over a 12 hour period, even after five or six hours of downtime. I tried to maintain an edgy energy all through each day. The most challenging thing about Grimm was actually wearing special effects contact lenses that made it hard to see when walking inside of a very dark dungeon set.

Has there ever been a film or show that you just thought, no I cannot do this and if so, how do you overcome it?

David- No. Acting out scary things on screen is probably a very good way to overcome fear.

What types of genres?

David- I actually am a huge fan of The Devil’s Rejects, which is why I was so excited to get offered a role in 31. I love the gritty, nostalgic, period look of the film. I love Eli Roth’s movies too.
I also really like horror with humor like James Gunn’s Slither. A favorite of mine as a kid was “The Stuff”. I watched that on VHS at least a dozen times…maybe even a baker’s dozen.

What inspires you in your work and personally?

David- I recently read about a producer of The Hangover named Scott Budnick who quit showbiz to work with incarcerated youth. He created a group called ARC to stop recidivism and became a major advocate for helping young people moving on from the prison system.

What other projects are you working on right now?

David-I play the role of mortician Dr. Death on Playstation’s Powers show which just came out. You can see the first episode for free on Youtube. Also, coincidentally, just before booking the role of Dr. Death, my book “Everybody Dies: A Children’s Book for Grown Ups” was released by HarperCollins. It’s an illustrated parody of a children’s book that help explain the future that awaits us all. It tends to be popular with horror-lovers so hopefully your readers will enjoy it.

What advice would you give to up and coming entertainers?

David- Get a regular job first and explore your passion on the side. Save some money, build a nest egg. Then, if you really want to try to make a living through your art, you’ll have some financial stability to get you through the long, lean years when you’re starting out. It can be a rewarding life but a brutal one. You have to really ask yourself what your rejection threshold is. Even when you get to the point where you can make a living it’s still a very tough world to be in.

Pre-Order my new book from HarperCollins.

“Everybody Dies: A Children’s Book for Grown-Ups!” 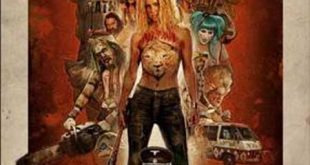