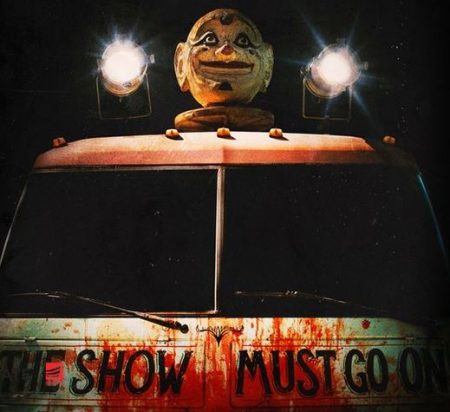 From the visionary mind of Rob Zombie comes the horrific story of five carnival workers who are kidnapped on Halloween night and held hostage in an industrial Hell. The captives are then forced to play the terrifying game called “31.” Zombie’s highly-anticipated seventh feature, “31” made its world premiere at Sundance Film Festival, and on September 1 at 7:00 p.m. local time, horror fans nationwide can catch the film during a special one-night event. Presented in cinemas by Fathom Events and Saban Films, “Rob Zombie’s 31” will also include two exclusive music video premieres: “The Hideous Exhibitions of a Dedicated Gore Whore” and “Get Your Boots On! That’s The End of Rock and Roll,” along with a never-before-seen making-of “31” featurette and a Q&A with Rob Zombie filmed specifically for the cinema event. This event will keep audiences across the country on the edge of their seats as the five-some must fight for their lives against an endless parade of homicidal maniacs on Halloween.

Tickets for “Rob Zombie’s 31” can be purchased online by visiting www.FathomEvents.com or at participating theater box offices. Fans throughout the U.S. will be able to enjoy the event in more than 400 select movie theaters through Fathom’s Digital Broadcast Network. For a complete list of theater locations visit the Fathom Events website (theaters and participants are subject to change).

“I think this is the one the Zombie-heads have been waiting for – a nonstop barrage of insane characters trapped in an intensely violent situation,” said Zombie. “I am thrilled to finally get this out to the fans.”

A rock icon and filmmaker with a unique vision, Zombie has continuously challenged audiences as he stretches the boundaries of both music and film. He has sold more than 15 million albums worldwide and is the only artist to experience unprecedented success in both music and film as the writer/director of six feature films with a worldwide gross totaling more than $150 million. Zombie’s “Halloween,” released in 2007, earned the no. 1 spot at the box office in its opening weekend, and his first two films, “House of 1,000 Corpses” and “The Devil’s Rejects,” have become cult favorites among critics and fans. Zombie is currently on tour to support his sixth studio album, The Electric Warlock Acid Witch Satanic Orgy Celebration Dispenser (released on April 29 via UMe/T-Boy Records).

“Rob Zombie continues to both scare and impress with his filmmaking. His latest project, ‘31,’ is no exception – it has all the fans talking and ready to be terrified,” Fathom Events CEO John Rubey said. “We are excited to partner with Saban Films to bring this chilling thriller to movie theaters nationwide.”

Following this one-night event, “31” will have a wide theatrical release on October 21.

“Rob Zombie is a creative visionary like no other,” said Bill Bromiley, President of Saban Films. “We are thrilled to have Fathom Events as a partner in providing a preview of ‘31’ to horror fans with this extraordinary one-night event.”