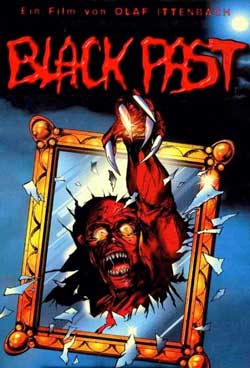 Thommy and his family move to a new place. In the attic, he finds a box surrounded with chains. He opens it. In the box, he finds a mirror and a diary.

Olaf Ittenbach is well known by now, not only in his homeland of Germany, but all over the world of horror, as a pioneer of the splatter, gross-out, ultra-gore special effects. His masterful work can be found in not only his own films, but also those of directors Timo Rose, Uwe Boll, Andreas Bethmann, and Marcel Walz. And it all started back in 1989, with a low budget, shot on video horror movie called Black Past (aka Black Funeral). So often, people will say “who would have thought?” when looking back at a movie star or director’s first work, but it was fairly obvious from the opening minutes of the splatter-classic that this Ittenbach fellow would be one to keep an eye on. 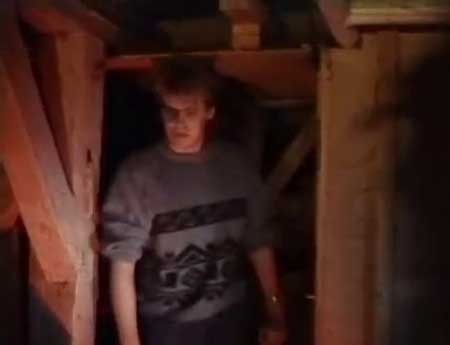 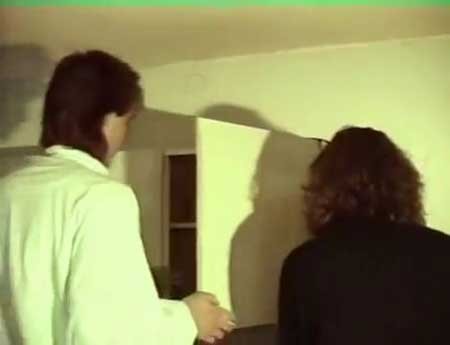 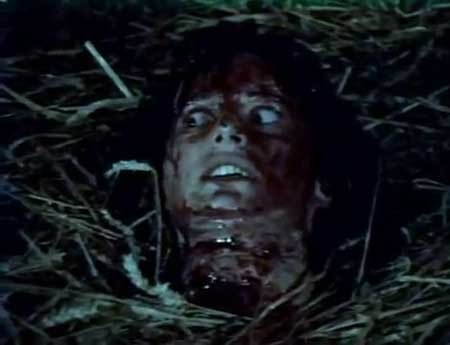 Black Past is a little bit Evil Dead and a little bit 1980’s teen movie (featuring the typical lovable loser who finally finds, and just as quickly loses, love), with some horror aspects of demon possessions, hauntings, and slashers all heavily thrown in. It also seems to be a lower budget dress rehearsal for parts of Ittenbach’s 1997 classic, Premutos – Der gefallene Engel, if not wholly in story, at least somewhat in idea and feel. Thommy’s family (Thommy played, of course, by a mullet-wearing, baby-faced Ittenbach) moves into a new house, and in the attic he finds a box containing a journal and a mirror.

After he and buddy Frankie (Andre Stryi, another Ittenbach film regular) read through the book, discovering the story of a man who kills his family because the mirror possesses him, they do just what anybody would do after a few beers: they hang up the mirror, of course. It doesn’t seem to hurt anything, as soon after Thommy gets up the guts to ask out classmate Petra (Andrea Arbter). She comes over, becomes possessed by the mirror, walks out into traffic, and dies, sending Thommy into a full-on depression complete with excessive drinking and 1990’s-style montage. To make things even worse, Petra keeps reappearing (a la Evil Dead) and Thommy has to keep killing her, over and over again, with rocks, axes, guns, you name it. That is, until he becomes possessed by the mirror himself and begins having dreams (or are they?) of slaughtering his family. 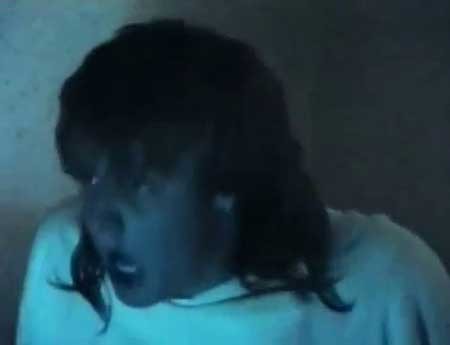 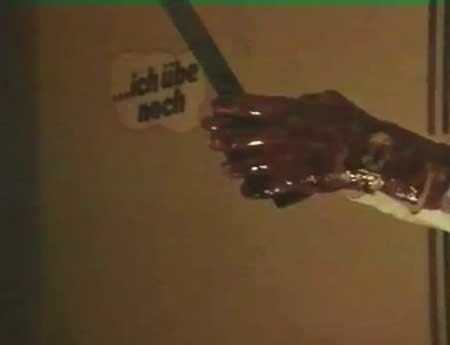 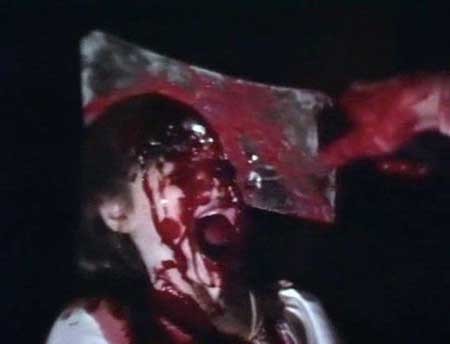 Anyone familiar with Ittenbach’s work knows what to expect, so let me speak to those horror fans who have not yet had the privilege to take in any of these films. They can often be comparable to the afore-mentioned Evil Dead, or even Peter Jackson’s Dead Alive, in content and tone, if not in quality (Ittenbach’s films are often working with low budgets, and quite a few are shot on video).

Not only is the blood and gore completely over the top and excessive (like there’s such a thing), but it all comes along with a sense of humor as well. In some of the earlier movies, the acting might not be top-notch, going right along with the matching dialogue, but you can be sure that when it comes to the effects, no expense or idea is wasted. And that is really why we watch some of these, for the creativity and delivery of some truly remarkable gore effects. 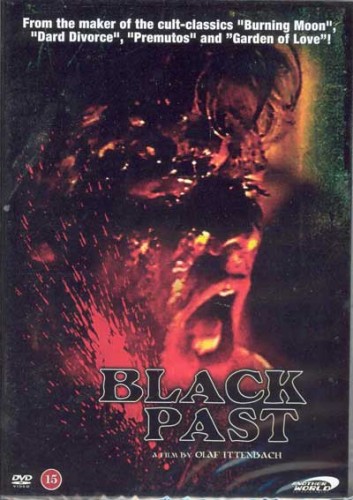 Yes, you do want to watch Black Past, believe me. Rent it, buy it, watch it at a friend’s house; it doesn’t matter how you do it, but if you call yourself a fan of independent horror, just make sure you do it. We’ve got a guy becoming a demon, complete with skin peeling and everything. We’ve got various eye traumas that made me cringe and turn away (really, it’s the only thing that gets me, but it does get me every single time). We’ve got dead babies and chopped up families and heads and limbs torn off, all within the realm of a fun, somewhat familiar story. There’s a little comedy, a little romance, and a whole lot of dismemberment. What more could you possibly want?