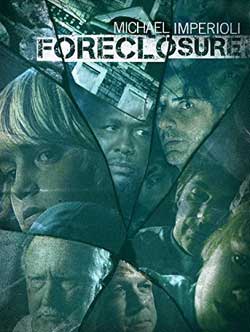 The story of a broken family striving to stay together while a curse and the ghosts of a haunted house try to tear them apart.

Haunted houses are the new zombies.

Though there remains no foreseeable shortage of the undead baddies gracing our screens anytime soon, isolated homesteads with dark histories are as abundant now as they were in the William Castle days of Illusion-O Vision. Coincidentally, many of our current celluloid ghost stories could use manipulative gimmicks of their own. Relying purely on merit just doesn’t cut it. 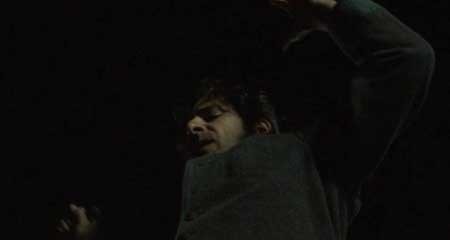 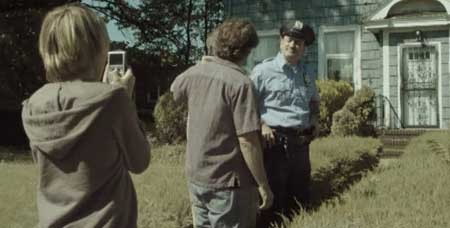 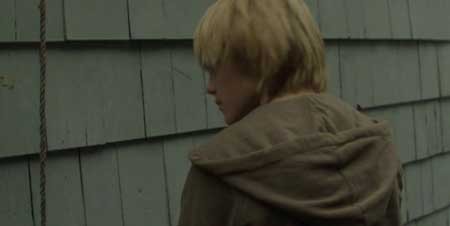 Case in point, “Foreclosure.” Filmmaker Richard Ledes, known in more dramatic independent circles, tackles racial issues and family dysfunction in his fledgling horror effort. Artful and impeccably performed despite questionable character progression, he lays a fascinating framework at commencement, but disappoints on the supernatural end of the spectrum. Though his talent is apparent behind the lens, he may want to consider this genre dalliance a one night stand.

Michael Imperioli, who you may know from an obscure television show entitled “The Sopranos,” leads as Bill, a recently divorced father who carries the added burden of also losing his job as a financial advisor.  He and son Steven (Spencer List, a child actor with bona fide skills) move to a large, shambling home in an abandoned rural neighborhood with former father-in-law Ray (Bill Raymond, “The Wire”). Ray inherited the property from his estranged brother Cal, a Civil War fanatic and collector of Confederate memorabilia. In fact, the interior resembles an unkempt memorial to the Southern cause, repelling Bill and Steven but igniting Ray’s barely concealed bigotry.

When Steven discovers a decades old snapshot of a young black man being hung from a tree that still resides in the yard is when “Foreclosure” sets the narrative in motion and slowly begins its descent into absurdity. Steven suffers from visions of the murdered youth’s animated corpse (Brandon Gill), an eerie presence that appears far too randomly (once before his history is even introduced) to have any real impact. Bill’s behavior grows erratic, veering from doting dad to ranting tyrant at the drop of a hat. Note to screenwriters: Don’t essentially recreate Jack Torrance of “The Shining” for your patriarch unless you know you’ve signed Nicholson first. Ray’s arch makes much more sense, his hate speak gaining frequency and vehemence with each passing day. 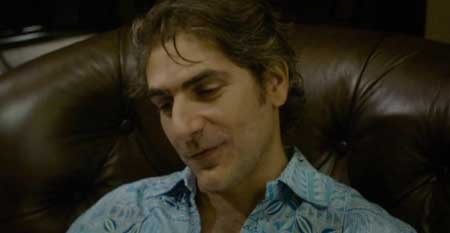 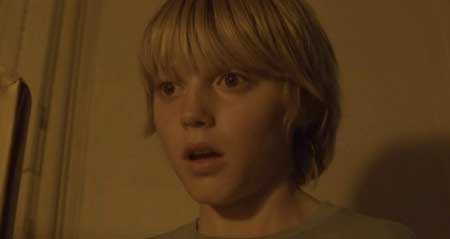 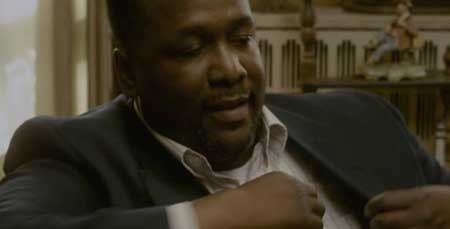 A trio of side characters engages the rather depressing proceedings, performed by venerable supporting players who prevail over their merely expository functions. Wendell Pierce shines as Virgil, a history instructor and longtime friend of Cal’s who stops by to offer condolences and expects the same belt of Kentucky bourbon available to him under the previous occupancy. As The Only Local Cop Ever On Duty (I love that every single low-budget horror flick has one), Matt Servito spits out crucial plot points with a genuine “aw, shucks” small town lawman persona.  An enigmatic drifter who was often provided shelter and drinking company at the residence, Cristina (Meital Dohan, equally good) strikes a false note by kindling an impromptu “there’s a girl in the sausage factory” party that turns pointlessly vicious, but she serves a significant purpose later on that qualifies her inclusion.

A few missteps aside, this would be nothing more than an intriguing yawn until the final third sends it all circling the drain. An ominous build as the liquor is liberally imbibed leads to Bill trying on a Confederate uniform and finding it to be a perfect fit.  Without delving into further detail for fear of spoiling, “Foreclosure” advances to full knock-off level, aping “The Shining” right down to a helpful ghost who plants the seeds of murderous intent into Bill’s unraveling mind.  Virgil manages to connect a few disparate dots, but they do very little to clarify the vague and tedious possession scenario.  This isn’t merely poor writing at play, friends. This is laziness masquerading behind clumsy social commentary. 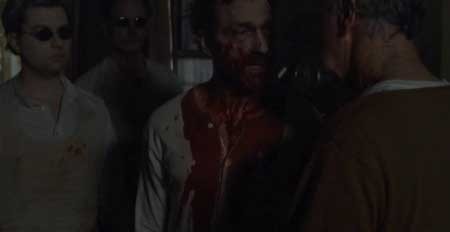 Still, there is much to admire about “Foreclosure” regardless of its failing as a whole. The performances impress across the board, and we’ll give Imperioli a pass on the material that defies logic, of which Bill has his fair share. Ledes has created an eerie atmosphere within the cluttered parameters of the house, aided greatly by a melancholy Robert Miller score. However, he delivers no true sense of escalating danger into the insipid climax, which certainly could have used the added layer of tension to keep the audience eye-rolling down to a bare minimum. Though it would classify as polishing a turd, the effort would’ve been noted.

The title refers to the empty homes surrounding the primary location, which seems like a useless connection until the end when it becomes a possible subplot that was either abandoned or forgotten. Perhaps there was a good film lurking beneath the surface of “Foreclosure” after all, with a broader scope that allowed for the soapbox moments and deeper pursuits to occur more organically. But, this isn’t that film.