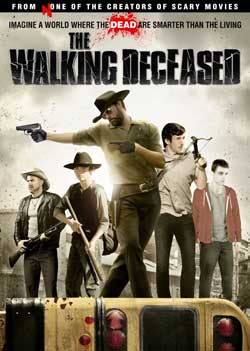 A group of survivors of the zombie apocalypse go on a number of wacky adventures as they struggle to stay alive.

Some people like parodies and some don’t. I belong to the latter group as I haven’t seen many parody films that didn’t just outright blow goats. Since The Walking Deceased is a parody of The Walking Dead (and other zombie movies such as Warm Bodies and Zombieland just to name a few) I went into it with less than stellar expectations. To be honest I really expected to hate it and figured that I was in for a miserable 90 minutes full of unfunny dick and fart jokes and a lot of obnoxiousness in general. Thankfully though that wasn’t the case and I was actually surprised by how well done the movie actually was. Even though I never thought that I would I have to admit that I actually liked this film and think that overall it was pretty damn good.

Without a doubt the biggest strength of the film was the cast. Everyone involved did a great job of bringing their respective character to life and I thought that the acting was pretty awesome. I dug most of the characters (it helped that there were a lot of really hot actresses such as Sophia Taylor Ali, Jacqui Holland, and Natalie Wilemon in it) and thought that they were just a likable group of characters in general. While Brooklyn, Chicago, and Isaac were probably my favorites I also really liked Green Bay (played by Tim Ogletree, who also wrote the script) and thought that he was a lot of fun. Even though he wasn’t one of my favorites and I thought that he was a little annoying most of the time even Sheriff Lincoln (Dave Sheridan) had his moments every once in a while as did his son Chris (Mason Dakota Galyon) who had some of the best lines in the movie in my opinion. All in all the cast kicked all sorts of ass and helped make the film enjoyable. It is pretty obvious to me that the cast and crew had a great time working on the movie and I bet that it was a very fun set to be on at all times during filming. 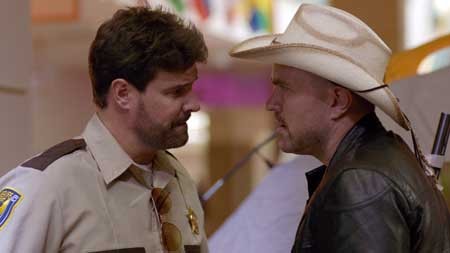 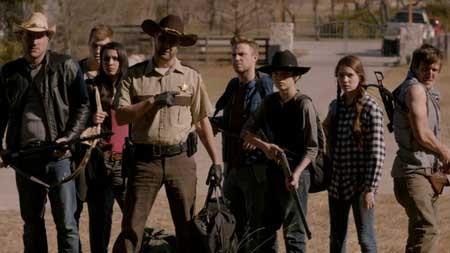 I also liked the fact that the film was actually well-written and that it didn’t rely on countless crude jokes and sight gags like other parodies often do. Surprisingly enough the humor in the film is actually funny and there were a number of times that I couldn’t help but laugh (the scene with Chris playing tee ball that leads to his father being put into a coma is priceless and was probably my favorite scene in the entire movie). There is really only one scene that involves someone farting and then taking a dump and I was glad that Ogletree didn’t keep going back to this kind of humor over and over again and instead focused on other ways to make viewers laugh. I thought that the humor was actually pretty highbrow for the most part and it was thankfully not obnoxious or overly silly. I think that any filmmakers out there that want to make their own horror/comedy should watch The Walking Deceased before they start writing and making their film so they know how to do so the right way.

I liked the subtle nods to other movies that took place in the film as well. As you are watching the movie pay close attention to all the references to other films (and filmmakers) that take place. The movie gives clever nods to 28 Days Later, Dawn of the Dead, and even Armageddon and does so without going overboard and beating viewers over the head with them. Hell, they even give a shout out to George Romero a couple of times which I thought was a nice touch. The thing is these references work and there is just the right amount of them scattered throughout the movie at the right times. 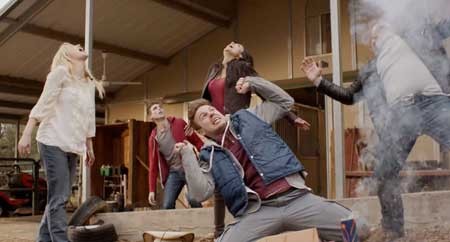 Overall I thought that The Walking Deceased was a winner. It was funny, entertaining, and well-written. It has a lot of heart and I am glad that I decided to give it a chance because after all was said and done I really liked it a lot more than I ever thought that I would. Check it out if you run across it as I think that you will like it as much as I did. It definitely stands out among the other countless parodies and horror/comedies out there and everyone that was involved in making it should be proud by how well it turned out.