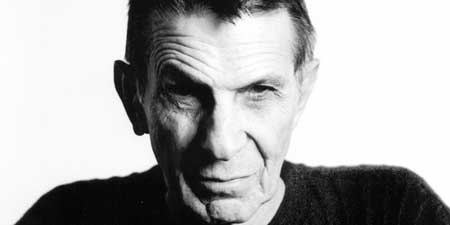 We lost an icon today. Not just an icon, but a cultural touchstone for so many of us.

Leonard Nimoy died at home on February 27, 2015 from final complications of COPD. He was 83 years old. He had been diagnosed with chronic obstructive pulmonary disease in early 2014. He had quit smoking 30 years ago, but the damage was already done.

If you grew up during the 1960s, then you know Leonard Nimoy as the ever-judgemental Mister Spock from Star Trek. Spock stood apart from humanity, observing our failings and triumphs. As a half-human alien, he fell and rose with us to learn more about himself. One of us, and yet not one of us.

So many of us who grew up watching him play Spock could relate. We stood awkwardly on the sidelines as the early-bloomers and social butterflies took over the playground, disgusted yet fascinated, trying to learn how to be more like them. Spock taught us how to be calm, to be rational, to be logical. He probably saved us from a lot of embarrassment.

Did you know he was a photographer? His work has been exhibited in gallery shows in New England. I suppose you did know he was a musician. We all remember “Mr Spock’s Music from Outer Space”. He was a poet, too. Also a pilot. He was always trying new things, always exploring. Maybe some of his ventures did not quite live up to his expectations, but at least he gave it a shot.

Leonard’s parents were Orthodox Jews from the former Soviet Union region now known as Ukraine. Leonard was very active with the Jewish community. He used his influence to create films and plays to educate people about the experience of Jewish life. He worked in the political and artistic arenas to silence the voices of hate and ignornace that deny the Holocaust. He was a very spiritual person, and his beliefs played a large part in the way he moved around in the world.

He battled alcoholism many years ago. I mention that not to slander him, but to further explain that he was not different from us. He had problems, just like everyone else. Unlike most of us, he fought his personal battles in the public eye, and maintained his grace and composure through it all.

His voice was trademark. Saturday mornings watching cartoons, and when Galvatron spoke, you knew it was him. King Kashekim in Atlantis – that was him, too. Dr. Jeckyll in the film Pagemaster? yup, you guessed it. When you heard Leonard’s voice, it meant something. There is a gravitas, a pathos in that voice that commands your attention. There is something of wisdom and truth in that voice. It demands your attention, and your respect.

Yes, we all know Mister Spock. But we really didn’t know Leonard Nimoy. In his writings, Leonard has said that he and Spock had a lot in common. He learned a lot about himself playing that character, even as he was teaching us to learn more about ourselves. His journey of self-discovery and experience never ended. 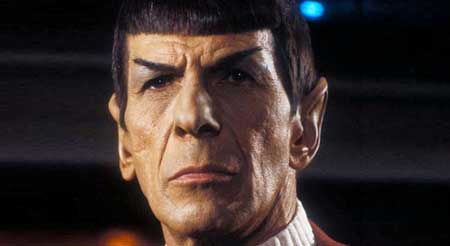 That is the measure of a life. It’s what you give, what you leave behind, that is the greatest gift anyone can bestow. Leonard has left a massive body of work, and an iconic character that will live on. But he was so much more than that.

His last post on Twitter is his last words to the world. “A life is like a garden. Perfect moments can be had, but not preserved, except in memory.”

I wish to extend my deepest condolences to Leonard’s friends and family, the ones who knew him better than I ever could. To his wife, and his children, and his grandchildren, in whom’s hearts he shall live forever.

For the rest of us, I close with the words of Captain James T. Kirk from The Wrath of Kahn:

“We are assembled here today to pay final respects to our honored dead. And yet it should be noted that in the midst of our sorrow, this death takes place in the shadow of new life, the sunrise of a new world; a world that our beloved comrade gave his life to protect and nourish. He did not feel this sacrifice a vain or empty one, and we will not debate his profound wisdom at these proceedings. Of my friend, I can only say this: of all the souls I have encountered in my travels, his was the most… human.”