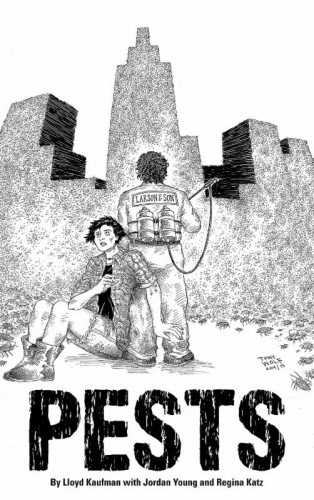 Kaufman’s novel is being hosted through the online writing community site Wattpad, where six installments have already been uploaded for fans. Since it’s release last Friday, more than 100 readers have already begun subscribing for future installments, which are set to premiere weekly on Friday mornings. Kaufman and his co-writers are releasing the novel completely free of charge.

“Pests,” a science-fiction satire that draws its influences from the independent film scene, follows Phil Larson, “a nihilistic exterminator who only has passion for movies. When he comes home one night from a long day of work, he gets involved in an incident that will change his course in life forever.”

For more information on Lloyd Kaufman and his co-authors Jordan Young and Regina Katz, readers can visit Lloyd and Jordan’s Twitter accounts, as well as www.troma.com and Troma’s Facebook.