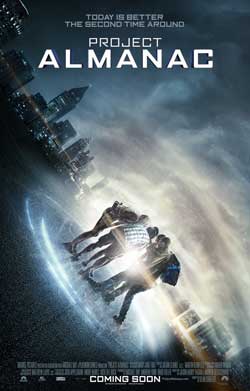 A group of teens discover secret plans of a time machine, and construct one. However, things start to get out of control.

Project Almanac confidently blends time travel, teen adventure drama and found footage into an entertaining lightweight cinema fare. While it never takes advantage of its own premise and stumbles in its third act, the movie has enough charm and teen angst to please its intended audience. The film, a terrific companion to Chronicle, is harmless – a accurate if left-handed compliment. The film lacks a focused conflict relying too heavily on unacquainted love instead of the more unique and more heavy science fiction paradoxical time travel conundrums. The cast make the most of the teen drama with their oddly appropriate short sighted fantasy fulfillment desires. The overall innocence of the characters and their time travels are refreshing and appealing. But the more substantial conflicts and contradictions of what those adventures produce are left underdeveloped and unsatisfying.

The script introduces David Raskin, his sister Kathy and his two best friends Quinn and Adam as they work together to produce a film to submit to M.I.T. David, it turns out, is a bit of a genius, shy, more interested in science than his teen life. He aspires to be much like his father who died 10 years ago in a car accident. He too was a genius leaving behind in boxes and crates much of his past creations and experiments to be rediscovered. When M.I.T. accepts David but fails to provide him with adequate financial aid (his mother is unemployed), he begins to look for something that will help him secure other grants and scholarships. He discovers a device in a secret compartment in his father’s basement office which turns out to be a temporal relocation device, a time machine. David and his friends complete his father’s work and begin exploring the advantages and effects of changing time.

Director Dean Israelite utilizes found footage to bring a unique approach to time travel allowing the camera to follow along with its cast as it jumps from the present into the past and back again. This works well for Project Almanac giving the audience the sensation of sliding along for the adventure which is thrilling. For the most part, Israelite is able to integrate the technique in a natural fashion supporting the youtube sharing social habits of today’s youth. The film works best when it intimately locks itself in David’s basement as the group experiments with their new high tech toys. The more it ventures into the world beyond their rooms and homes, the less it functions – except when they do their time warps. The effects for the time jumps are interesting with electromagnetic pulses causing everything metal to float and spin or hands to waver and vibrate into a blur. The final punch that the characters themselves pay little attention to begin to illustrate the potential danger of the device. The most interesting aspect of their travels is when they close in on the complexities of paradox. When Quinn comes face to face with his younger self (24 hours younger), it results in a series of “what” vocal echoes and the boy blipping in and out of reality. Pretty heavy stuff that, sadly, never gets explored fully. 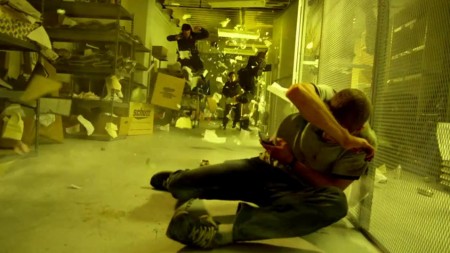 The cast makes the most of the scripts fairly innocent approach to what a group of 6 high schoolers would do when in possession of a time machine. First thing on the list is of course winning the lottery but the other character choices create a attractive heart to the film. Quinn wants to pass his final exam. Kathy wants to get a one up on the school bully. And David wants to impress the girl of his dreams. The entire crew is fantastic in their roles. Jonny Weston leads the pact as David Raskin playing the likable but geeky brain while Allen Evangelista plays Adam Le, the tech savvy best friend. Sam Lerner gets some of the better quips and jabs as Quinn Goldberg the class clown. Sam also gets the most honest appeal for keeping the time machine safe in their hands where people finally know who he is and actually like him. Love, respect, confidence and confirmation of existence are the core motivations. Then things go south when David becomes selfish risking it all for his own personal gain, the heart of his school boy crush, Jessie Pierce, playing by Sofia Black-D’Elia who may be the film’s best discovery. Amy Landecker rounds out the cast as David’s sister Kathy almost singularly responsible for keeping the tone light and lively. 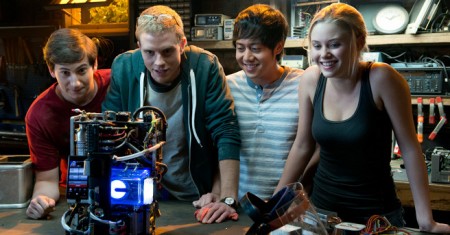 Project Almanac’s director makes the most of these three components, found footage, time travel and teen angst. Dean Israelite plays to his strengths, building the characters, revealing their traits and motivations and displaying the positive results of their actions creating a fun, enjoyable second act. However, he tends to overstay his welcome in the “happy zone” forgetting to set up the heavier consequences and conflicts until very late, almost too late. The fun begins to become boring and then the twist and turns exposing their downfall are underdeveloped and never fully explained. The film has already revealed where David will be at some point in the near future – or is that the near past – so the tension is never as tight as the film wants it to be. As a result, some of the more interesting aspects are tossed aside too quickly – re: paradox dispersals and other butterfly effects. There’s keeping it simple and there’s ignoring the plot. Often it feels like the latter.

For a film about temporal relocation, Project Almanac is never a waste of time. It is likely has a larger appeal for its target audience than it has for the more serious science fiction fan or hardened adult who has lost that innocent conception of the world around them. Most audiences are too keen on the cinematic idea that messing with the past will only muck with the present which challenges the film to handle these topics without stumbling over preconceived notions of time travel. The film does not surprise its audience terribly much with its logic or sci-fi, but it does have a nice change of pace focusing on the heart of its core characters. Project Almanac is a great date movie or Saturday afternoon matinee, a lightweight, heartfelt, entertaining film with all the right intentions. 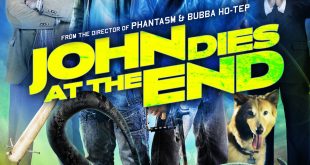 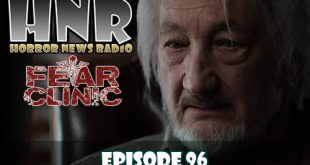