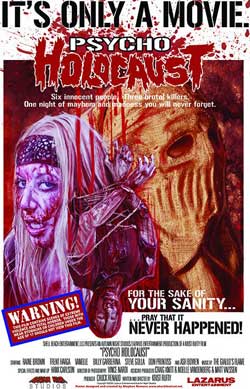 On a scorching summer day 6 friends venture into the mountains for one more vacation before their lives change forever. Unbeknownst to them, their lives would forever be changed anyway. In the shadows awaits a pack of the most evil, the most vile, rejects of humanity that’s addicted to violence and thirsty for blood! This is Psycho Holocaust…

There are quite a few cabin in the woods-style horror movies. Okay, there’s a TON of them. Every horror fan has learned by now to double check directions and call ahead before going out with a group of friends to stay at a distant relative’s old shack for a camping trip, lest they encounter zombies (Nazi or otherwise), demons, killers in pig masks, killers in dead skin masks, killer in hockey masks, or some kind of redneck (possibly mutated, almost definitely inbred) with a taste for human flesh. In Krist Rufty’s Psycho Holocaust, we meet one more type of monster that might also be waiting for us in the woods: really upset veterans…with a taste for human flesh. 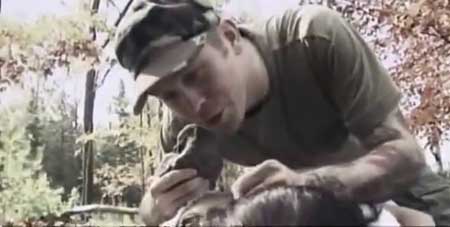 Adding a new(-ish) chapter to the cabin sub-genre, Psycho Holocaust finds Talina (Raine Brown) and her friends going out for one last bit of fun before she has a baby. Apparently her upcoming motherhood is really tearing up the gang, so this is their last big fling as a group. On their way, they encounter a handful of bad omens, all of which they choose to ignore. There is the large, taped-off crime scene, where detectives are digging up body after body. There is the tree across the road, seemingly put there on purpose, and Buddy (Trent Haaga), the guy who lives just across the lake, who appears out of nowhere to help them. And then there are the horrible sound issues that frequent the film, reappearing every so often, to make sure we hear the car radio, or the babbling brook, or the sounds of nature over the conversations.

If you combine The Texas Chainsaw Massacre with some elements of Last House on the Left, sprinkling in the typical aspects of the modern slasher movie, you’ve got most of the story here. Not much time is wasted before our first characters are getting offed – one of the couples goes for a walk, finds an old house/barn, and inside are rotting corpses and a masked dude who will kill them (we learn later that his name is Pillowface; he is a lot like Leatherface, but with a mask that combines The Town that Dreaded Sundown with Clem, the friendly demon from Buffy the Vampire Slayer). And once the killing starts, that’s pretty much the rest of the movie, as our characters run around, get caught, get chopped up, and die, all seeming to culminate in a TCM-style dinner scene. If this was it, if this was how the movie ended, this review would reflect my severe disappointment. Luckily, something else happens, a twist if you will, that adds some spice to the end and leaves the viewer feeling satisfied (and no, I’m not going to spoil it). 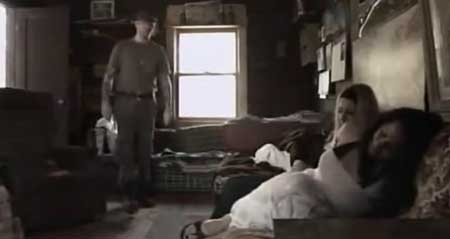 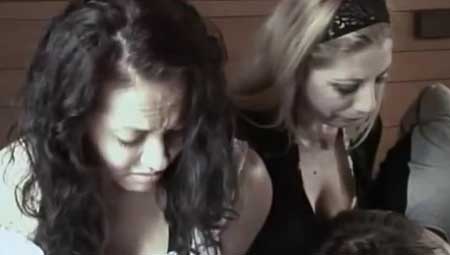 I don’t want to make it sound like I hated this movie. I didn’t. But there were some problems. The sound issue I mentioned was really bad, and it really took away from the movie at times. Some of the acting was good (Haaga and Brown are underground horror favorites for a reason, and Vanelle as Laura was pretty good, too), but some was stiff and uninspired. And to be honest, I was a little disappointed that they didn’t do more with the villains. We get these three guys who were veterans just back from the Middle East who are doing horrible things (and presumably have been doing these horrible things for a while now), but their characters feel like they could have been fleshed out a bit more. Don’t get me wrong, I like when we don’t know why a killer is a killer, makes it pretty scary sometimes, but even those killers have more to them. 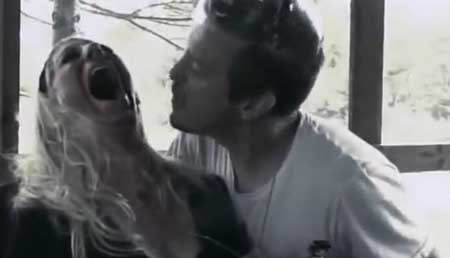 Psycho Holocaust is a low budget, underground horror movie, not a big budget Hollywood turd, so I will not end this review on a bad note. There are good things here, things that make this movie worth checking out. For one, the soundtrack. If you like 1970s/80s horror movie music, with lots of synth in there, or are a fan of Goblin, I think you’ll appreciate the music that the appropriately named Giallos Flame adds here (even if it is sometimes too loud in the mix). And there’s quite a bit of gore here, too. A woman is scalped, limbs are severed, a guy is disemboweled into a bucket, and those guts are later served up for dinner (along with something even nastier). And there is a scene toward the end involving first a wine bottle, then a saw, that fans of all things nasty will probably love. 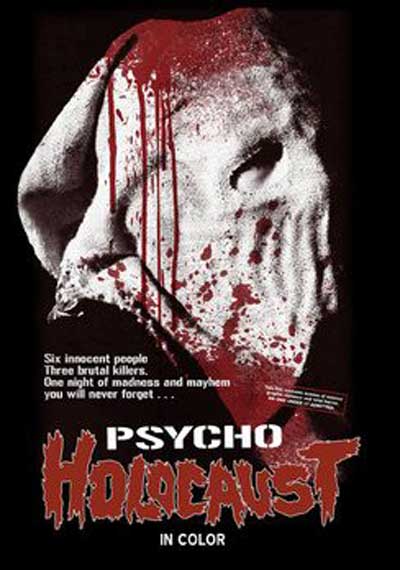 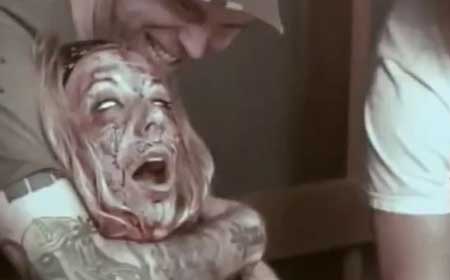 Is Psycho Holocaust the best movie I’ve ever seen? Not even close. It jumps into a very familiar horror sub-genre and gives a familiar story. While it’s obvious the filmmakers are well-versed in the popular tropes, and drop a handful of homages to classics of slasher movies past, they don’t bring a whole lot of new ideas to the table with this one. That doesn’t mean it’s bad, it just means it’s not groundbreaking. Still, it is a fun movie, with an unexpected twist at the end that redeems some of the unfortunate misfires early on. If you’re a fan of the genre, Psycho Holocaust is a worthwhile film.