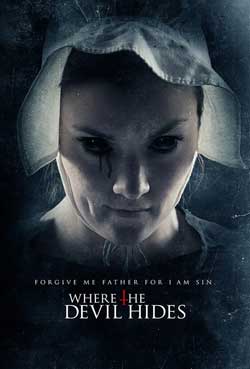 A group of young girls start to go missing within a religious town. The older adults fear that an age old prophecy is coming true while the younger girls fear that something else is going on.

Six girls born on the sixth day of the sixth month marks the beginning of an ancient prophecy of one who will become “hand of the devil”. When the babies are born, Elder Beacon (Colm Meaney) tries to kill the infants to stop the prophecy, but one father, Jacob Brown (Rufus Sewell) stops him, but before he knows it, one mother has decided to end her infant’s life before taking her own.

The five remaining girls, now nearing their eighteenth birthday are not aware of the prophecy that they are a part of. They only hear the whispers of the elders that talk about them, talk about their behavior. One girl, Mary (Alycia Debnam Carey), daughter of Jacob is finally told the truth about the prophecy. On the eighteenth birthday there is said to only be one girl remaining, and that girl will become the “hand of the devil” and do his bidding.

Mary, already fraught with strange visions and uncontrollable seizures, must now race against time to unravel the mystery of her and her closest friends, but as the days go past, her friends come up missing and are found dead. All the while the parents of the girls are beginning to commit suicide in an attempt to stop the evil that is coming. All the while, the people are being led by the insane Elder Beacon who is convinced that these girls are evil and must be continuously examined for signs of the devil taking over.

Mary continues to reveal the truth behind her past including what happened to her mother many years ago. She will stop at nothing to unmask the true evil that is consuming the little religious town.

Where the Devil Hides, also known as The Devil’s Hand weaves a scary little story about the people in the small religious town of Little Bethlehem. They seem to be either a Mormon, or Amish “type” of people. The story doesn’t come right out and say what religion they are nor is it important to the story. We have a tale of violence in the name of God in order to stop an evil prophecy from coming true.

Where the Devil Hides works well at keeping a few paces ahead of the viewers for the better part of the viewing not giving away too much information all at once the way some movies do. We have the main plot line and then are thrown into the future to continue a few days before all Hell literally is supposed to cut loose. This movie has some beautiful scenery. The acting is fairly good but nothing that really stands out. Colm Meaney, while being a great actor, really misses his mark in this film. While I don’t know if it’s the fault of the writing or his delivery, I would have liked to see Elder Beacon showing a more insane side rather than a mean tyrannical side.

I understand that he keeps the people in line using fear, but his view on the prophecy would seem more in the line of an insane belief. Such as the scene where he examines Mary, Beacon seemed to enjoy it more than he should have. A religious nut leader wouldn’t enjoy that as much as feel he was truly doing God’s work.   That would have made that scene even scarier to watch.

That being said, I really enjoyed this movie. The setting, mood, the plot itself was all enjoyable. While the end didn’t shock me, I wasn’t expecting it the way it unfolded, but I wasn’t disappointed. 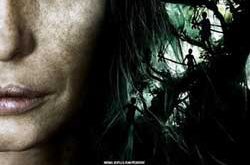