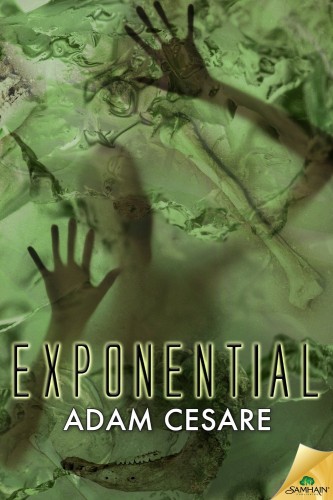 I can’t remember the last straight-up monster book that I’ve read. Probably some book about Bigfoot or something when I was younger. It’s not even that I don’t like the creature features, but more that my tastes usually lay in a more reality-centered realm, where there are far more serial killers and devil-worshippers than there are monsters hiding in the dark. So leave it to Adam Cesare (Video Night, The Summer Job, and one of four writers who worked together on the recent Jackpot) and his just-released novel, Exponential, to not only remind me why sometimes a story about a creepy monster can be super enjoyable, but to also make me actively seek out more of the same.

The story all begins with a lonely maintenance worker, Sam Taylor, stealing a mouse from the lab, saving it from its imminent death. Simple enough, except for the fact that Sam didn’t know what exactly had been done to his new pet, Felix, didn’t know what kind of chemicals it had been exposed to, and didn’t know that within a couple of days, Felix would not only cost him his job, but his life. And it is with this action and its subsequent effect on Felix that we begin a domino effect of death and destruction across the desert in which we meet new characters and say good bye to them just as quickly. And with each innocent victim, we watch as Felix becomes more out of control. But we’re not talking about a giant mouse here; oh no, we’re talking about an expanding and strengthening Blob-like creature that literally absorbs its victims and makes use of them to form its gelatinous being into a killing machine (hence, the title).

Eventually, we find ourselves holed up in a bar called Rose’s Tavern alongside a group of would-be survivors. There’s Benny, the bartender. Kate and Ken, a couple of meth addicts who have a bag full of drugs and money, and a gun. Vicky Quail, a survivalist tomboy who earlier survived a run-in with whatever that thing out there is. And then there’s David Nez, an ex-cop who hasn’t quite let go of his old instincts. Don’t count on all of them surviving. In fact, don’t count on anyone surviving, as people we think seem like main characters meet an early demise all throughout this book. Oh, and then there’s “the man named Warren Oates,” the guy who has been following the path of bloodshed just behind us, cleaning it up for powers unknown, not to make sure it doesn’t kill any more people, but more to make sure no one who has seen it is left alive.

One thing I’ve noticed in the writing of Adam Cesare is his skill for character development, especially female characters (which are all too often written weakly in this genre), and Exponential takes another step up in that area. As we go through the chapters, we feel like we know some of these characters, we grow to care about them (or hate them, depending). They have backstories, they have hopes, they have strengths, they have flaws; they are human characters stuck in a bad situation, and they act as such. In this novel, he even gives us an insight into the character of the monster, with a couple chapters written from his/its perspective, which I thought was a pretty gutsy (and successful) move.

There’s a lot of story packed into just over 200 pages of Exponential, but not for a lack of details or character development. Cesare’s writing, as always, is succinct, giving the reader enough details to see the window that the corpse is being hurled through, but without beating us over the head with the body. We don’t get tired dialogue, overused tropes, or unbelievable actions. What we do get is interesting characters, a creepy and unforgettable monster, a cool setting for the inevitable face-off, and a novel solution by which our protagonists might be able to defeat Felix. And as far as I’m concerned, that is the perfect equation when it comes to creating a horror story, whether written or on film. Exponential is yet another win for Cesare, a writer who has pretty much mastered every horror sub-genre he’s attempted. 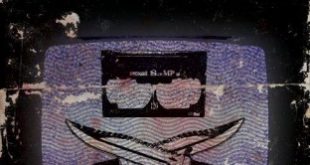